Those who are thinking about jumping ship and leaving their job may be giving off cues that others can pick up on, even if the would-be quitters think they are keeping their plans secret.

Tim Gardner, a Utah State University associate professor at the Jon M. Huntsman School of Business, has completed a study on voluntary turnover and submitted a paper now under review with a top academic publication. The findings may surprise those who think they can easily identify an employee who is about to move on to a new job.

He said he was surprised when his research showed, for example, an employee who starts taking more vacation time, punching out at 5 p.m. every day and looking at outside openings on company time, isn’t necessarily someone who is about to leave.

Gardner discovered, however, one thing most employees had in common before they left was that they began to “disengage” in the workplace. Here are a few examples of subtle but consistent behavioral changes people often make in the one to two months before they leave their job:

Gardner said if employees were demonstrating at least six of these behaviors, his statistical formula could predict with 80 percent accuracy that they were about to leave the organization.

Gardner, who worked with Huntsman professor Steve Hanks and Chad H. Van Iddekinge, of Florida State University, on the study, said the list of indicators that might tip a boss that someone was thinking of leaving were not surprising. What was unexpected, however, were the behaviors that did not make the list.

“People having a lot of ‘doctor’s appointments,’ showing up to work in a suit, or leaving a resume on the printer were the kind of signs that dropped off the list,” Gardner said. “You might think that someone who starts showing up to work late, failing to return phone calls and e-mails, and taking lots of sick days might be about to leave, but those weren’t unique behaviors that applied only to the quitters.”

Gardner said that in today’s competitive business environment, where companies invest a lot in their top performers, this information might help managers find ways to keep people on board. He said the “dark side” of his research was that some employers may opt to let people go if they thought they were going to leave anyway. Gardner said research has shown that people who are contemplating a job change are more likely to share company secrets or do things to sabotage the organization’s goals.

The research done by Gardner and his team went far beyond shipping out a simple survey asking employers for their best guesses on what signs might indicate an employee is unhappy. They used a complex statistical methodology as they conducted three different studies, using seven different samples that included undergraduate students, graduate students, managers and other business leaders from around the world.

“It appears that a person’s attitude can create behaviors that are hard to disguise,” he said. “As the grass starts to look greener on the other side of the fence to you, chances are that others will soon notice that you’ve lost your focus.” 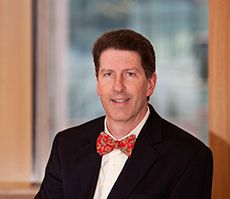 Huntsman School of Business associate professor Tim Gardner has completed a study on voluntary employee turnover and summarized the findings in a paper that is now under review for publication.