"Man must rise above the Earth - to the top of the atmosphere and beyond - for only thus will he fully understand the world in which he lives." Socrates

Utah State students spent two years and 10,000 hours developing a replica of the Wright brothers' flyer, using contemporary materials. Utah State's Wright Flyer is the only flyer to soar over Huffman Prairie since the original flight. The flyer was featured on the History Channel and in national newspaper articles, as well as providing the backdrop for President Bush's speech at the 100th anniversary of powered flight.

Long journeys, such as the planned mission to Mars, will necessitate that astronauts grow their own crops. Bruce Bugbee and his students are discovering ways to grow leafy greens, peppers and tomatoes in space - and ways to wash them, since water doesn't flow downward in space, but floats around in globs. Bon appetit!

The Final Frontier's Next Generation of Scientists

With talk of going to Mars and landing on the moon, the billion dollar question is: Who will get us there? Many space scientists are due for retirement soon, and the shortage of seasoned professionals is more critical in the United States than other countries. Employees at Utah State 's Space Dynamics Lab hosted 150 children last summer, letting them know it's now cool to work in the space industry again. The event was one of the first of its kind, but SDL employees hope that organized events catch on in space and engineering labs across the country.

Creating a Mosaic of Western Plant Communities, from Space

Geographical information systems analyst Doug Ramsey uses satellite imagery to map the Earth's surface from space. He is mapping major plant communities, such as lodge-pole pine, pinion-juniper, sagebrush and aspen, in five Western states. Land and wildlife managers can measure the prevalence of vegetation types, and can preserve wildlife corridors and habitat.

Moonbuggy Mania Takes Students Out of this World

Utah State engineering students took home the Best Engineering Design and Most Unique Design awards at NASA's Great Moonbuggy Race. The challenge was to design and drive a human-powered vehicle over a rigorous half-mile obstacle course of simulated moonscape terrain. The buggy's frame is made of an all-fiber composite that is lightweight, strong and, according to team members, "just looks cool."

Where Did the Ozone Go?

Engineers launched $3 million Utah State-built instruments into space to get a closer look at our disappearing ozone layer. The unique instruments will enable scientists to see if the international freon ban in 1996 has slowed down the growth of the ozone hole, analyze patterns of pollution around the planet and help us understand the impacts of global warming.

Physics and flight technology student Jamon Neilson headed for the badlands of "Mars" - make that southern Utah - with the Mars Society, as part of a simulated Mars station. Crews suit up in space suits, go on geology expeditions and carry out scientific studies. Neilson's eventual goal? Exploring space as an astronaut. "I meet the basic requirements," he says.

Utah State Prof Patents Technology that Could Save Airlines Billions

Utah State English professor Christopher Cokinos has been chasing shooting stars, all the way to Antarctica, where he explored field sites never visited by humans before. His upcoming book, The Fallen Sky: Eccentrics and Scientists in Pursuit of Shooting Stars, blends folklore, memoir and science as it looks at characters whose obsession with meteorites led to adventures, tragedy and - sometimes - scientific knowledge. Cokinos shares his experiences with elementary school children, hoping to spark their own exploration of the natural world.

Where Does the Carbon Dioxide Go? Predicting Climate Change

Biometeorologist Lawrence Hipps, range scientist Ron Ryel and student Sasha Ivans are part of a global network of scientists who are making long-term measurements of the exchange of carbon dioxide, water vapor and energy between various land ecosystems and the atmosphere. Half the CO2 emitted into the atmosphere doesn't stay there. It disappears, but we don't know how much is absorbed by the oceans versus various land surfaces. Their measurements will estimate how much carbon is being stored or emitted each year by vegetation and soils in the Great Basin. Such knowledge will be needed to predict future changes in atmospheric CO2 and subsequent effects on climate change.

Protecting Our Water - from Space

The Unity IV, a rocket built by undergraduate students from Utah State and BYU, launched in Nevada and Utah this year. The 20-foot rocket is believed to be the largest rocket ever designed, built and launched by university students. At 385 pounds, with 2,500 pounds of thrust, the rocket packs a punch, and its onboard camera relays live visuals. Students hope to eventually launch payloads for public school and university students, and paying customers. 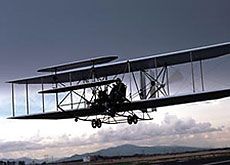 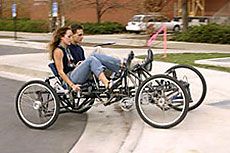