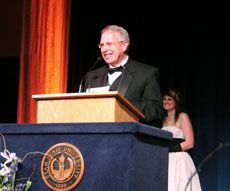 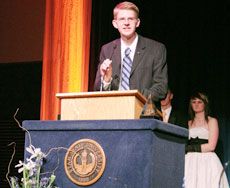 The featured award of the evening, the Bill Robins Memorial Award, went to Zach Ames.