Utah State University Press announces that The Beautiful Lesson of the I by Frances Brent of New Haven, Conn., is the recipient of the 2005 May Swenson Poetry Award. Brent receives a $1,000 cash award, and The Beautiful Lesson of the I will be published by Utah State University Press this summer.
The May Swenson Poetry Award is a competitive prize administered by Utah State University Press and granted annually to an outstanding collection of poetry in English. Open to published and unpublished writers, with no limitations on subject, this year’s competition attracted 700 entries from the United States and abroad.
Frances Brent’s poems have appeared in The New Yorker, Notre Dame Review, Yale Review, and in many other journals. She was born in Chicago and was educated at Barnard College. She studied poetry at Columbia University and the University of Illinois, Chicago. From 1984–1991 she co-edited the literary journal, Formations. In 1987 she co-translated Beyond the Limit: Poems by Irina Ratushinskaya. She has taught at Yale, Northwestern, Loyola University and Barat College. She lives with her family in New Haven.
Judge for the competition was Rachel Hadas, who teaches English at the Newark campus of Rutgers University. She is the recipient of numerous honors, including a Guggenheim Fellowship in Poetry, an Ingram Merrill Foundation grant in poetry, and an award in literature from the American Academy and Institute of Arts and Letters. She is the author of more than a dozen books of poetry, essays and translations. Of Brent’s work, Hadas said, “The rightness and precision in poem after poem correspond to the quiet authority of a voice that issues from painstaking observation, not from improvisation or anecdote. May Swenson would have admired and enjoyed this collection—as I do.”
The May Swenson Poetry Award was named for May Swenson and honors her as one of America’s most vital and provocative poets of the twentieth century — in Joyce Carol Oates’s words, “A poet of dazzling gifts.” During her long career, Swenson published 11 volumes of poems, won the MacArthur Fellowship and numerous other awards, and was praised by writers from virtually every major school of American poetry. She left a legacy of nearly 50 years of writing when she died in 1989. Swenson was laid to rest in Logan, Utah, her birthplace and hometown.
Visit the University Press Web site for more information about the May Swenson Poetry Award. 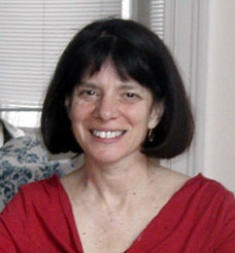