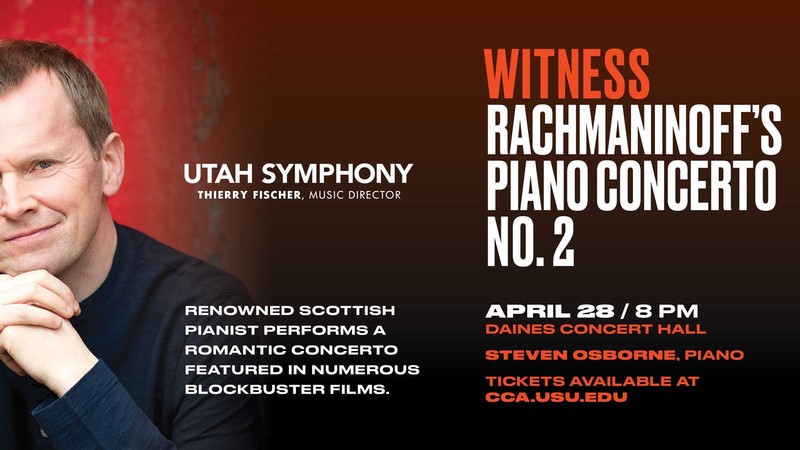 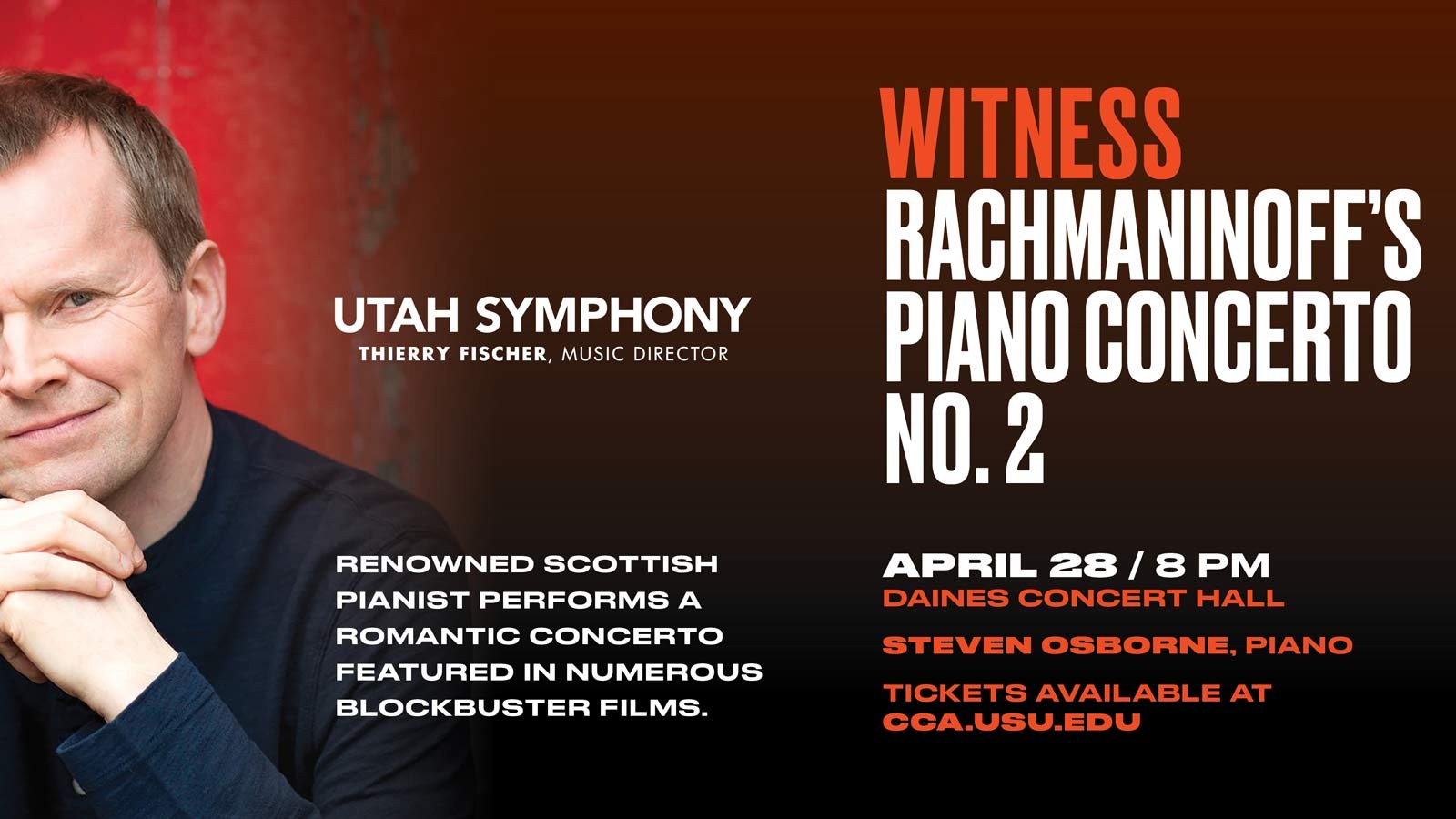 LOGAN — The Utah Symphony, conducted by Eivind Gullberg Jensen, will perform in the Daines Concert Hall next Thursday, April 28, at 8 p.m.

Renowned Scottish pianist Steven Osborne will accompany the symphony on Rachmaninoff’s Piano Concerto No. 2. The program opens with Rachmaninoff’s Vocalise and concludes with Tchaikovsky’s Symphony No. 6 in B Minor.

Newly announced as chief conductor of the Noord Nederlands Orkest and artistic and general director of Bergen National Opera since 2021, Eivind Gullberg Jensen is equally comfortable on the concert platform as the opera house stage. An experienced conductor with an extensive repertoire range, he is recognized for his knowledgeable and insightful interpretations. Jensen studied conducting in Stockholm with Jorma Panula and in Vienna with Leopold Hager. Over recent seasons he has worked with many soloists and prestigious orchestras.

Pianist Steven Osborne is one of Britain’s most treasured musicians whose insightful and idiomatic interpretations of diverse repertoire show an immense musical depth. His numerous awards include The Royal Philharmonic Society Instrumentalist of the Year (2013) and two Gramophone Awards. His residences at London’s Wigmore Hall, Antwerp’s de Singel, the Bath International Music Festival, the City of Birmingham Symphony Orchestra and, this season, at the Royal Scottish National Orchestra are a testament to the respect he commands.

“Hosting the Utah Symphony is thrilling for the Caine College of the Arts,” Rachel Nardo, dean of the college, said. “We are so excited to bring this world-class orchestra with special guest Steven Osborne to Cache Valley. It brings another level of culture to our community.” 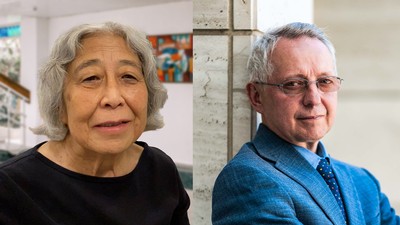