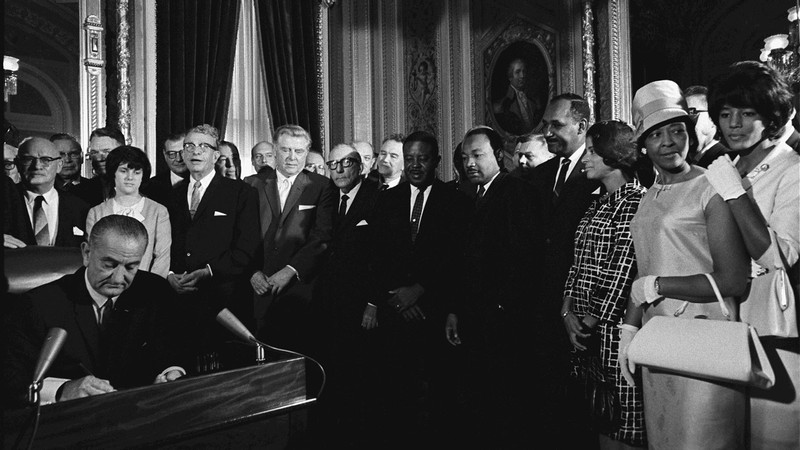 On August 6, 1965, U.S. President Lyndon B. Johnson signed into law the Voting Rights Act of 1965, which aims to ensure state and local governments do not pass laws or policies that deny American citizens the equal right to vote based on race. 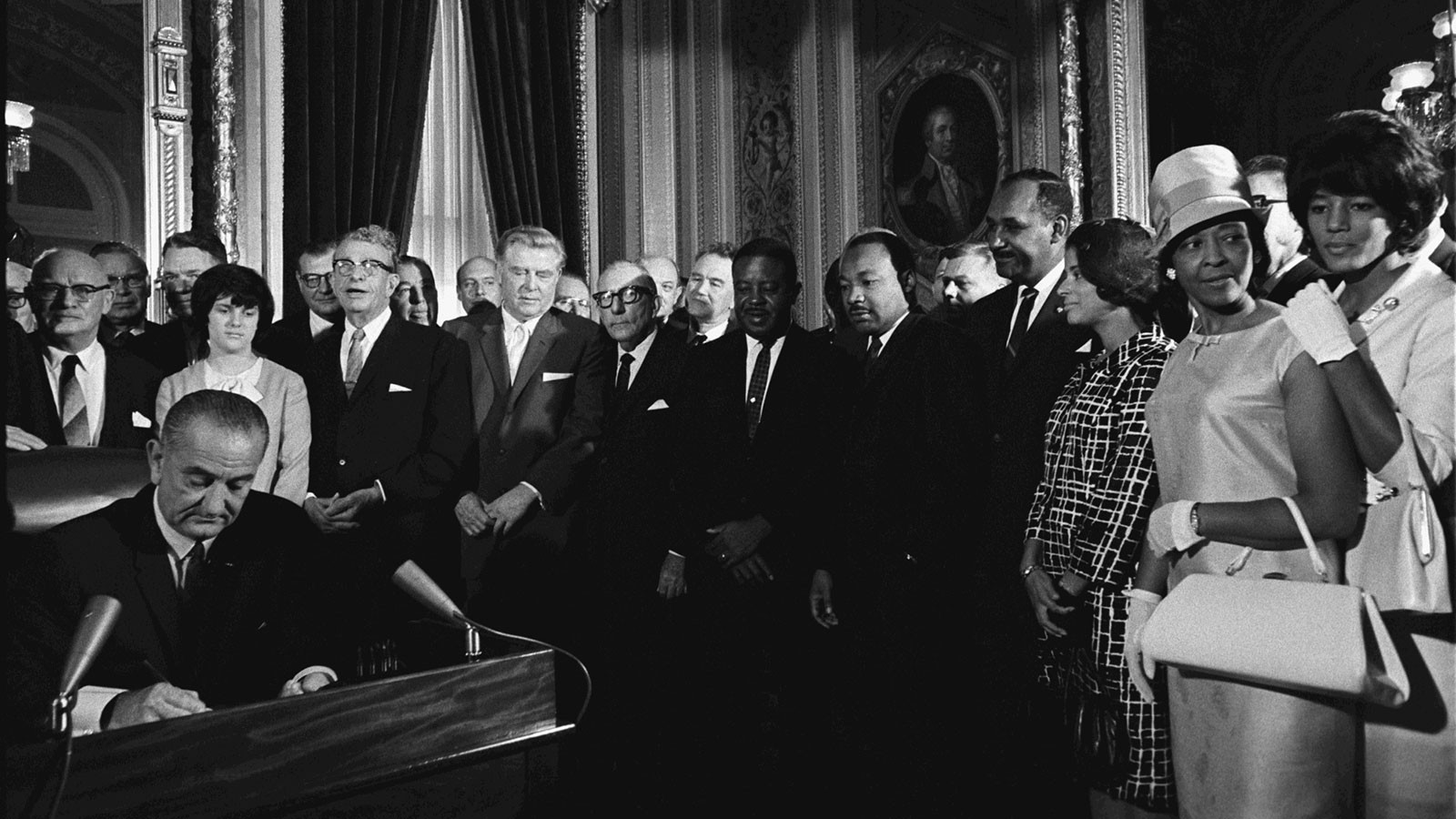 In 1870, Black American men were given the right to vote by the 15th Amendment; however, many states were determined to continue denying Black citizens the right to vote. State laws were created that did not break the 15th Amendment, but mitigated its effect, making it next to impossible for Black Americans to vote. These state laws included complicated voter registration, poll taxes, literacy tests, property ownership requirements, and what were called “grandfather clauses” – a law dictating that someone could only vote if their grandfathers had previously voted.

Black citizens fought for the right to vote for decades, and they were frustrated with their situation. They had little to no political pull in their local and state governments, making it even more difficult to inspire political and social change. Despite the difficulties they faced, Black Americans continued to seek out higher education and create better lives for themselves. Utah State University is proud that Mignon Barker Richmond, the first African American woman to earn a degree in Utah, graduated from our university in 1921. She endured racism, but was active in the exclusive Empyrean Club, a group of ten coeds focused on “contemporary issues.” Richmond persevered and prevailed to become a leading community organizer and Civil Rights advocate in Utah.

The Civil Rights Movement began to gain its footing in the 1950s. Cases such as Brown v. Board of Education and the action of Rosa Parks refusing to give up her bus seat caught national attention. Under the leadership of people like Martin Luther King, Jr., people around the country rallied against racial segregation and discrimination. Many Civil Rights demonstrations began as peaceful events, but some turned violent, such as the Selma to Montgomery March on March 7, 1965, which became known as Bloody Sunday and was depicted on television with marchers, including the late Congressman John Lewis, being beaten.

While colleges and universities across the nation were making national headlines in response to the Civil Rights Movement, Utah State was determined to stay out of the spotlight. A Salt Lake Tribune article published February 4, 1961 records that USU’s President Darryl Chase had called a meeting of Black students on campus to discourage inter-racial dating, a topic that many colleges and universities were discussing at the time. At the time, the only twelve Black students were enrolled on campus: ten males, seven of whom were athletes on scholarship or assistantship to play sports, and two females.

On August 6, 1965, U.S. President Lyndon B. Johnson signed into law the Voting Rights Act of 1965, which aims to ensure state and local governments do not pass laws or policies that deny American citizens the equal right to vote based on race. Congress later amended the Voting Rights Act five times to expand its protections, including providing bilingual ballots. It is interesting to note that while the rest of the country was alight with conversation about the Voting Rights Act and the Vietnam War, USU’s Student Life newspaper records that the biggest debate on campus at the time was about changing the mascot to something besides the Aggies.

Alongside the rest of the nation, USU has a checkered past regarding race relations. We are proud of the recent steps that have been taken in our community to demonstrate our commitment to making our campus a safe place and working toward social justice for all. As we come together and use our voices, we can continue to shape our campus and our future into a better place.

As we celebrate the 55th anniversary of the Voting Rights Act on August 6, 2020, and the centennial of the 19th Amendment on August 26, 2020, we acknowledge the importance of voting rights for US citizens and encourage students, alumni and community members to commemorate these important voting rights anniversaries by registering to vote and voting. Voterise is a nonprofit Utah initiative to make voter registration easy and fast: https://www.voterise.org/. Registration can also be done through the state website: https://secure.utah.gov/voterreg/index.html. 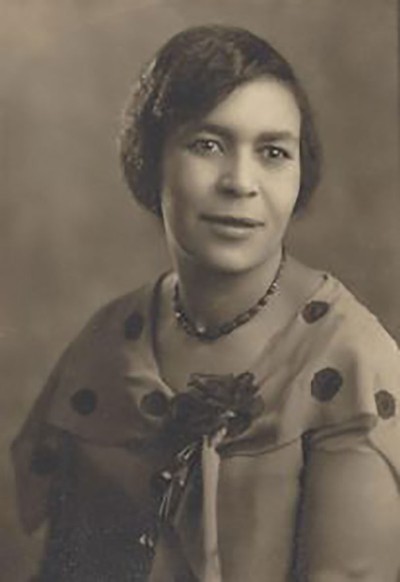 Mignon Barker Richmond, the first African American woman to earn a degree in Utah, graduated from the Utah Agricultural College in 1921. She endured racism, but was active in the exclusive Empyrean Club, a group of ten coeds focused on "contemporary issues." Richmond persevered and prevailed to become a leading community organizer and Civil Rights advocate in Utah. 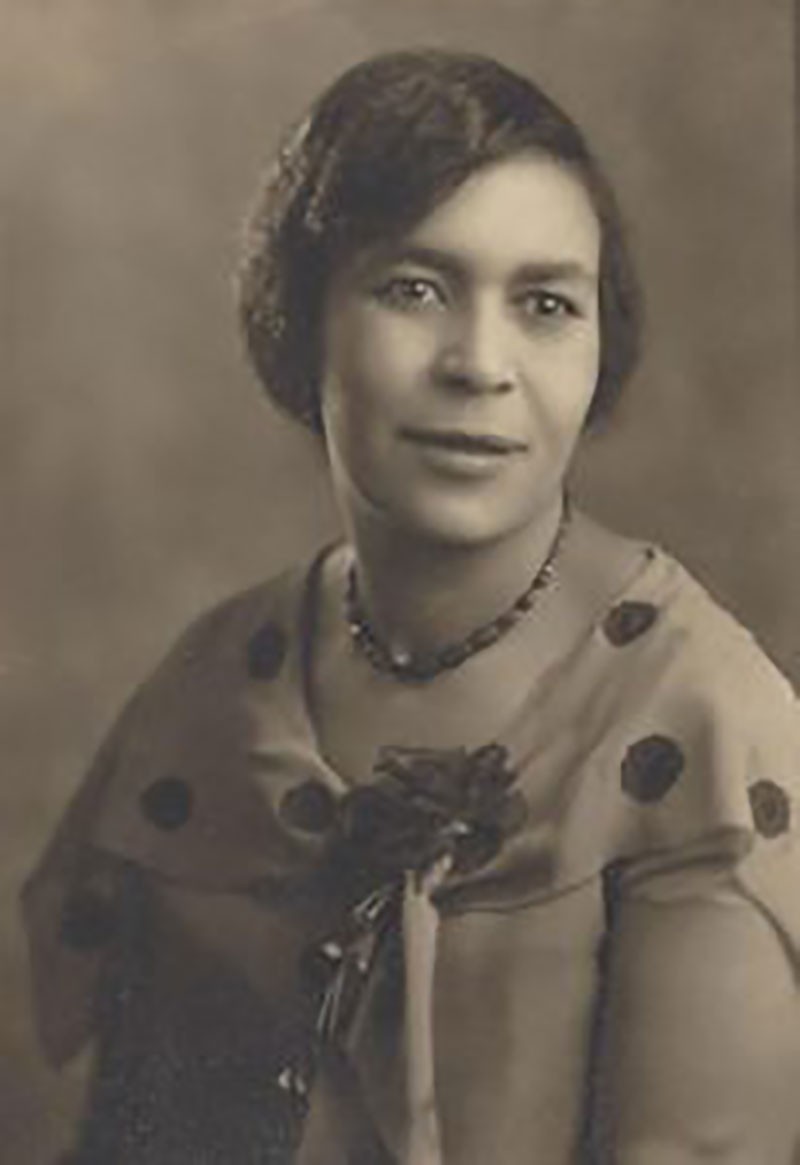 The series happens every Wednesday at 7 p.m. on the Engineering Quad on the Logan campus. It started September 2 and continues through November 11. 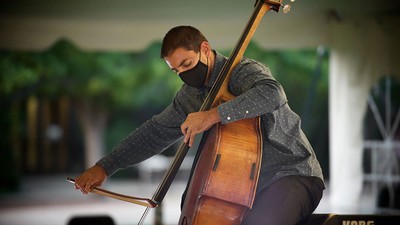