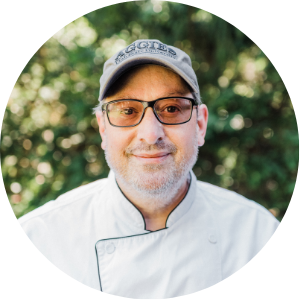 Jeff is a Cache Valley native and has his BS in Nutrition Science from USU with an emphasis in Culinary Arts & Food Service Managements & Marketing. He has been with USU Catering for over 26 years.

He decided to begin a career in the food industry when he began working in restaurants throughout high school and college. Jeff has worked in the food industry for 36 years. For 26 of those years he has been the Head Chef over University Catering, The Marketplace, The Skyroom, and feeds everyone at every USU Football game. 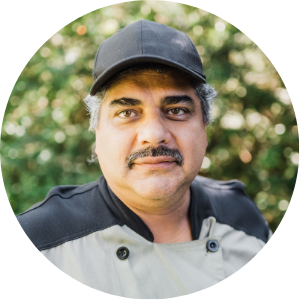 Oscar is originally from Guadalajara, Jalisco, Mexico. He got his start in the food industry as a dishwasher. He caught the eye of one of the chefs in the restaurant who saw potential in Oscar.

That chef gave him the opportunity to try his hand on the line, and from there on Oscar has had a passion for food and enjoys cooking new dishes. Oscar has taken professional courses and has a Chef Certificate through the Wolfgang Puck Culinary School. He has been in the food industry just over 25 years. 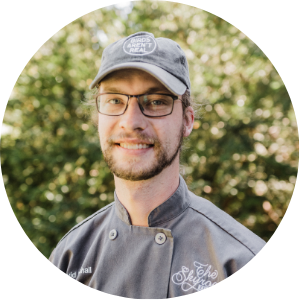 David has worked in the culinary industry for over 10 years, and for Dining Services the past 4 years. He’s has also served as a chef in The Skyroom.

He decided to stick around the food industry and become a chef because he loves cooking, and it became more than just a job—it’s his passion. His favorite chef is Chef Anthony Bourdain, and his favorite food to cook is curry! David loves combining spices and ingredients to balance out delicious flavors. 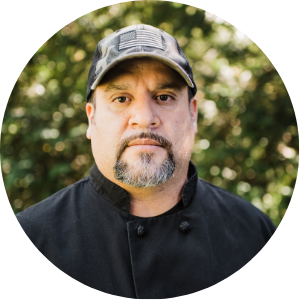 Originally from Highland Utah, Anthony has worked for USU Dining Services in many different positions. He worked his way up to Sous Chef over The Marketplace.

Anthony has developed high respect for the world of food and loves learning from any chef that is willing to share their knowledge. After training side by side by Chef Jeff Woolley and Chef Don Donaldson, Anthony discov- ered his true love for food and decided to build his career as a chef.