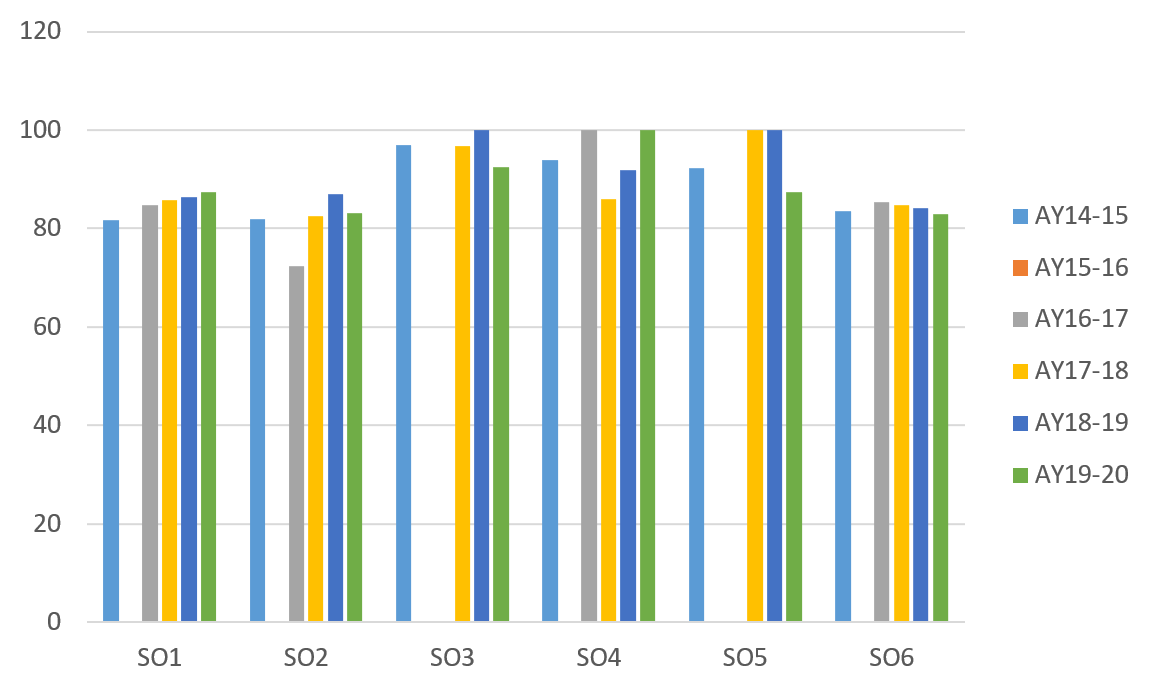 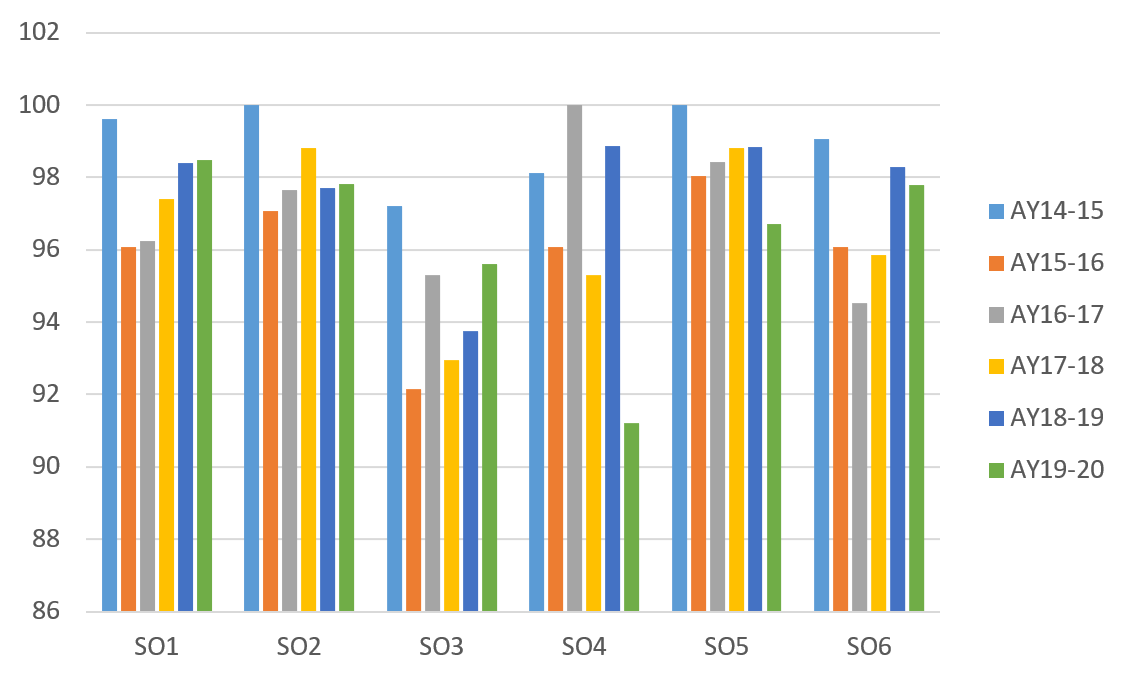 Overall, the SES data shows that almost all graduating CS students are happy with the CS curriculum and confident that they will function effectively as a member or leader of a team engaged in activities appropriate to the program’s discipline. Their self-ranking on mastering at least two programming languages and mastering the core curriculum with regards to principles and practices for problem/solution analysis and design exhibits an increasing trend at the highest competency level in the past four years. However, we need to strategically incorporate the ethics component in most pre-professional CS courses to get students exposed to ethics throughout their undergraduate studies.

Based on the results presented above, it is clear that the department, in general, is doing an excellent job of meeting the SOs. This is not unexpected as the Computer Science program at USU is a mature program that has operated successfully for many decades. However, we stress that a score of 3 or above in the assessment process does not mean that our students are all doing above average work; it does indicate that they are satisfactorily achieving the SO as measured by the assessment tools.

The Industrial Advisory Committee (IAC) report each year has been generally positive. Since it only provides qualitative feedback, we cannot provide data analysis results here. It should be noted that all the IAC members mentioned that they are always pleased with the caliber from USU’s CS program and would love to recruit USU undergraduate and graduate students to be interns at their companies and then offer the full-time positions to them if there are openings. In each of the past three academic years, around 70 undergraduate students participated in the internship co-op program. Most of them work in companies around the Salt Lake City area. 95% of the employers are pleased with the performance of their interns and communicated with the internship coordinator about their interest to continue hiring the students for the full-time job. All these indirectly demonstrate the success of the CS program to provide contributing professionals in diverse career paths to be effective communicators and team members to solve real world problems and foster personal and organizational growth, which supports the program’s program educational objectives.