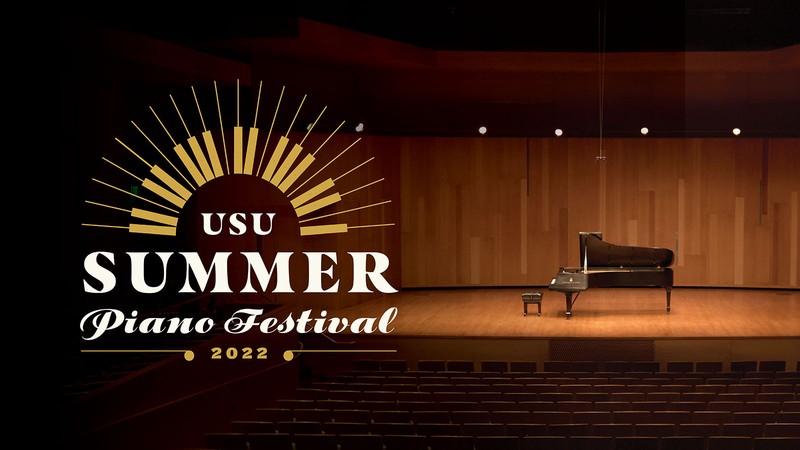 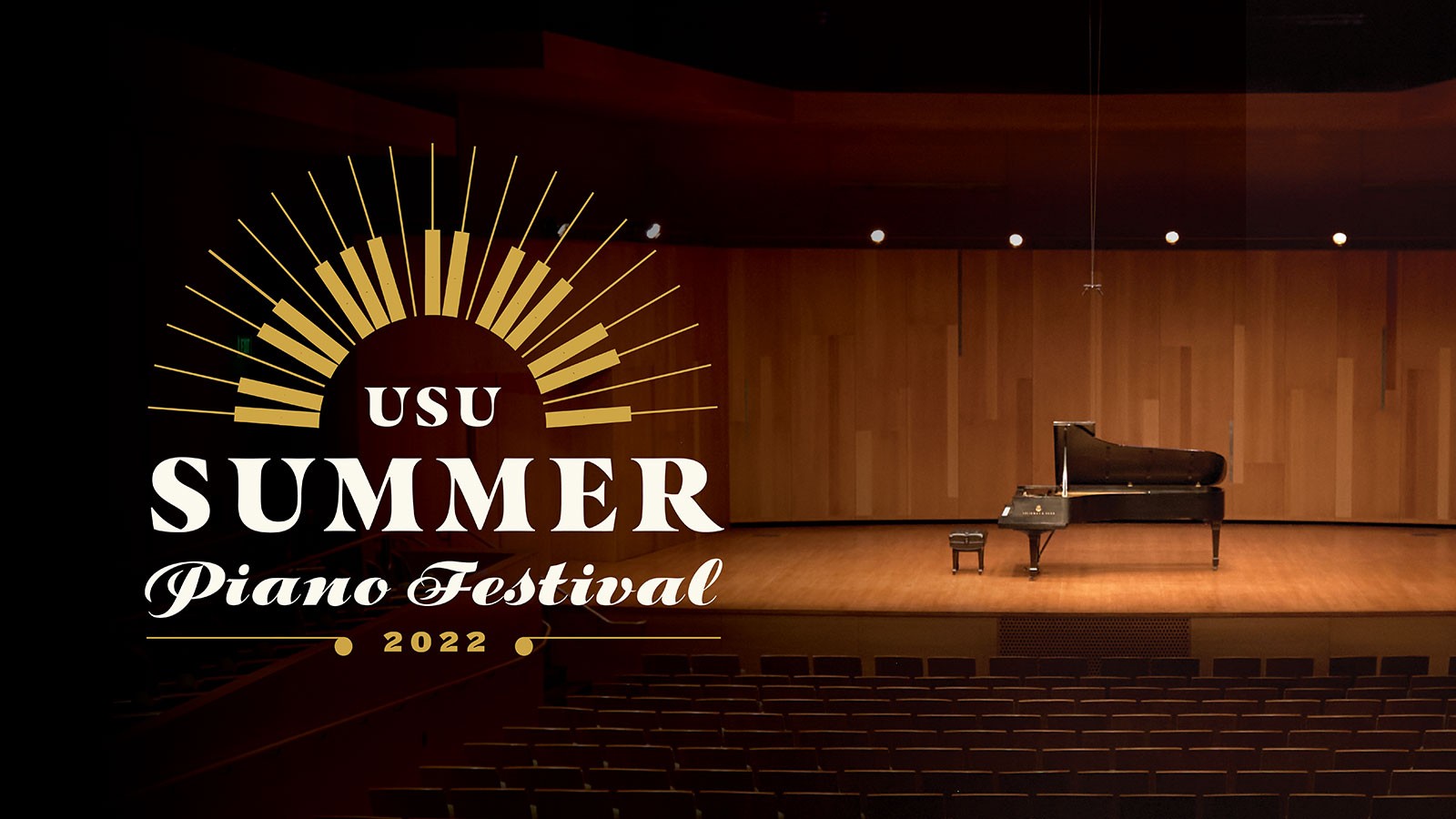 Utah State University’s Caine College of the Arts hosts the 2022 Summer Piano Festival from June 26 through July 1. This year, the event expands to include six public concerts of pianistic fireworks, a pre-college piano camp and competition, and a piano teacher training workshop. The CCA welcomes 28 aspiring young pianists from Utah, California, Arizona and Idaho to this year’s festival.

“We are truly humbled to host a gathering of this caliber here at USU,” said Smith, who also serves as festival director. “This is the kind of experience that really would have changed me as a student, so the year-round efforts to put the event together are truly a joy.”

Smith says the performances by the guest artists will be inspiring and enriching for the community. Please see the full schedule below:

All concerts are in the Russell/Wanlass Performance Hall and $10 general admission unless otherwise indicated. All proceeds go to student scholarships. Tickets are available at the door or online at summerpianofest.usu.edu. For more information, contact the CCA Box Office in room L101 of the Chase Fine Arts Center on USU’s campus or call (435)797-8022.

Jon Schmidt’s 20-year solo career has included many albums, performances and awards. Jon finds his fire for the journey seeing the joy of people who hear great music. He is thrilled to reach a wider audience through his work with The Piano Guys.

Yakov Kasman’s debut in America in 1997 as Silver Medalist in the Tenth Van Cliburn International Piano Competition in Fort Worth was the culmination of several competition triumphs and tours in Europe and the Middle East. Since his American debut, he has given concerts in the United States, South America, Europe, Russia and Asia, including recitals in New York City, Boston, Los Angeles, Philadelphia, Cleveland, St. Louis, Kansas City, St. Paul, Atlanta, and Birmingham. Kasman has 15 studio album recordings on the Calliope label. Born in the city of Orel, near Moscow, Kasman began his piano studies at the age of 5. A graduate and postgraduate of the Moscow Tchaikovsky Conservatory and previously a professor of piano at the Music College of the Conservatory, he is now the Distinguished Professor of Piano and Artist-in-Residence at the University of Alabama, Birmingham. His students are winners of regional, national and international competitions.

Mario Ajero is internationally recognized as an authority in technology in piano pedagogy and music education. In addition to presenting at every major piano pedagogy conference in the United States, Ajero has been invited to perform and present in Canada, Australia, Brazil, Germany and China. He is Professor of Piano at Stephen F. Austin State University and currently serves on the Board of Advisors for the Disklavier Education Network through the Yamaha Corporation of America. Ajero also hosts The Piano Podcast, an internet video series devoted to the piano and piano pedagogy with over 15,000 subscribers worldwide.

Pianist-composer Jeremy Siskind is “a genuine visionary” (Indianapolis Star) who “seems to defy all boundaries” (JazzInk) with music “rich in texture and nuance” (Downbeat). A top finisher in several national and international jazz piano competitions, Siskind is a two-time laureate of the American Pianists Association and the winner of the Nottingham International Jazz Piano Competition. Since making his professional debut juxtaposing Debussy’s Etudes with jazz standards at Carnegie Hall’s Weill Recital Rall, Siskind has established himself as one of the nation’s most innovative and virtuosic modern pianists. Siskind has written 13 publications with Hal Leonard, including the landmark instructional books "Jazz Band Pianist" and "First Lessons in Piano Improv." His self-published instructional book, "Playing Solo Jazz Piano," is generally one of the top 50 best-selling jazz books on Amazon.com. He currently teaches at California’s Fullerton College, chairs the National Conference for Keyboard Pedagogy’s “Creativity Track,” and spreads peace through music in places like Lebanon, Tunisia and Thailand with the nonprofit Jazz Education Abroad. Jeremy Siskind is a Yamaha Artist.

Praised for the “power and vividness” of her playing and commitment to rarely-heard repertoire, Russian-American pianist Aleksandra (Sasha) Kasman is in demand as a soloist and teacher with engagements across the USA, Italy, Russia, Ukraine, France, Germany, South Korea and Japan. She has given solo recitals at major concert venues including Steinway Hall in New York City, Yamaha Ginza Hall in Tokyo, Salle Cortot in Paris, and Teatro Carlo Felice in Genoa. Ms. Kasman is first- and top-prizewinner of numerous international competitions (Premio Melini, Seattle, Wideman, National Federation of Music Clubs, Horowitz and others) and holds artist-in-residence positions at NPR’s Performance Today, PianoArts, and pianoSonoma. Her current season includes a debut with the Dayton Philharmonic performing Rachmaninoff’s Concerto No. 3, a European tour with violinist Blake Pouliot, and hosting the live finals of the PianoArts North American Competition. A native of Moscow, Kasman began her musical studies with her parents, acclaimed pianists and pedagogues Yakov and Tatiana Kasman.

E. L. Lancaster was formerly Executive Editor, Piano for Alfred Music. From 1979 until 1998, Lancaster was Professor of Music at the University of Oklahoma, Norman, where he taught courses in piano pedagogy and coordinated the group piano program. Lancaster has served as National Chairman of Group Piano, National Chairman of Student Chapters, and 2020 National Conference Chair for MTNA. He has held offices in the National Conference on Piano Pedagogy, including Chair of the Administration/Pedagogy Liaison Committee. He was a 2019 recipient of the Lifetime Achievement Award from the National Conference on Keyboard Pedagogy. Lancaster has presented workshops for teachers throughout the United States, Canada, Hong Kong, China, Korea, Malaysia, Singapore and Thailand. He is the author or co-author of more than 400 publications designed for students of all ages.

Originally from Lancaster, Pennsylvania, Steinway Artist Heather Conner is Chancellor's Chair of Precollege Piano and co-chair of the Keyboard Department at the Blair School of Music at Vanderbilt University. Prior to this appointment, she was Professor of Piano at The University of Utah School of Music, where she served on the faculty for 14 years. Conner has won grand prizes at several international and national competitions, including the first Hilton Head Island International Piano Competition and the Kingsville International Young Performers Competition, and has performed on numerous occasions as a soloist with the Philadelphia Orchestra. In 2006, she appeared as recitalist and artist teacher at several venues in Seoul, South Korea. She has recorded commercially for the Naxos and Centaur labels and has been heard on NPR’s Performance Today, WQED in Pittsburgh, WFLN in Philadelphia, and KCSC in Oklahoma City. Conner completed her Doctor of Musical Arts degree in piano performance at the Manhattan School of Music, where she studied with Arkady Aronov and received the Helen Cohn award for most promising doctoral graduate. Under the guidance of renowned pianist Peter Frankl, Conner received her Master of Music degree from the Yale University School of Music. She received her Bachelor of Music degree from the Curtis Institute of Music in 1997, where she studied with distinguished piano pedagogue Eleanor Sokoloff for five years.

Elzbieta Bilicka was born in Slupsk (Poland), and joined the USU Piano faculty in 2019. Elzbieta has participated in many master classes, cooperating with such pianists and professors as Arie Vardi, Matti Raekallio, Maria Joao Pires, Andrzej Jasinski, Mikhail Voskresensky, Dina Yoffe, Bernd Goetzke and Dmitri Alexeev. She has taken part in various piano competitions, winning prizes and distinctions. The latest and most important of them are: the honorable mention, laureate title and special prizes for the best rendition of a W.A.Mozart concerto and I.J.Paderewski pieces at the X International Ignacy Jan Paderewski Piano Competition in Bydgoszcz (2016) and the 3rd prize at the Polish Chopin Piano NIFC Competition in Katowice (2016). In 2018 Elzbieta was awarded The Young Poland Scholarship of the Polish Minister of Culture.

Emily Ezola directs the USU Youth Conservatory and teaches courses including Pedagogy Practicum, Keyboard Harmony, Individual Piano Instruction, Intro to Music, and USU Connections. The USU Youth Conservatory is a pre-college prep program which provides weekly lessons and group classes to more than 150 students in the community. With a strength in Arts Administration, Emily is the Executive Director of the Fry Street Chamber Music Festival. She often presents at state and national music teacher conferences including the MTNA conference and NCKP. Emily is a Nationally Certified Teacher of Music, she currently serves on the Utah Music Teachers Association State Board as the Collegiate Chapter Chairman, and in 2020 she was recognized with the Utah State University Community Engagement Presidential Award.

Kevin Olson is an active pianist, composer, and piano area coordinator at Utah State University. Kevin has been a Composer in Residence at the National Conference on Keyboard Pedagogy, and has written music commissioned and performed by groups such as the Five Browns, American Piano Quartet, Chicago a cappella, the Rich Matteson Jazz Festival, Music Teachers National Association, American Festival Chorus & Orchestra, the Festival for Creative Pianists, and several piano teacher associations around the country. He gives workshops and performances nationally and internationally, most recently in India, China, Canada, and Great Britain. Kevin maintains a large piano studio, teaching students of a variety of ages and abilities. Many of the needs of his own piano students have inspired over 200 books and solos published by the FJH Music Company, which he joined as a writer in 1994. 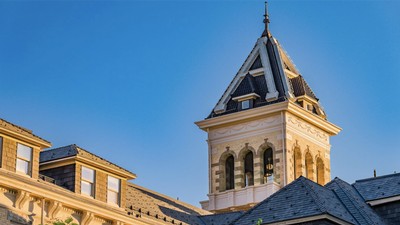