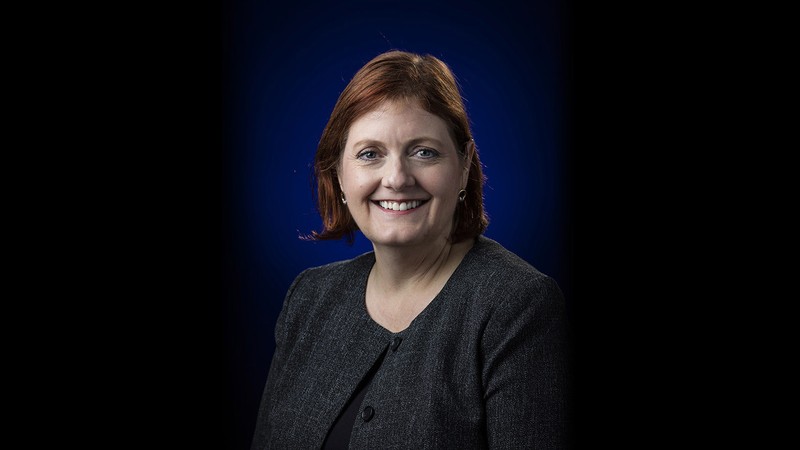 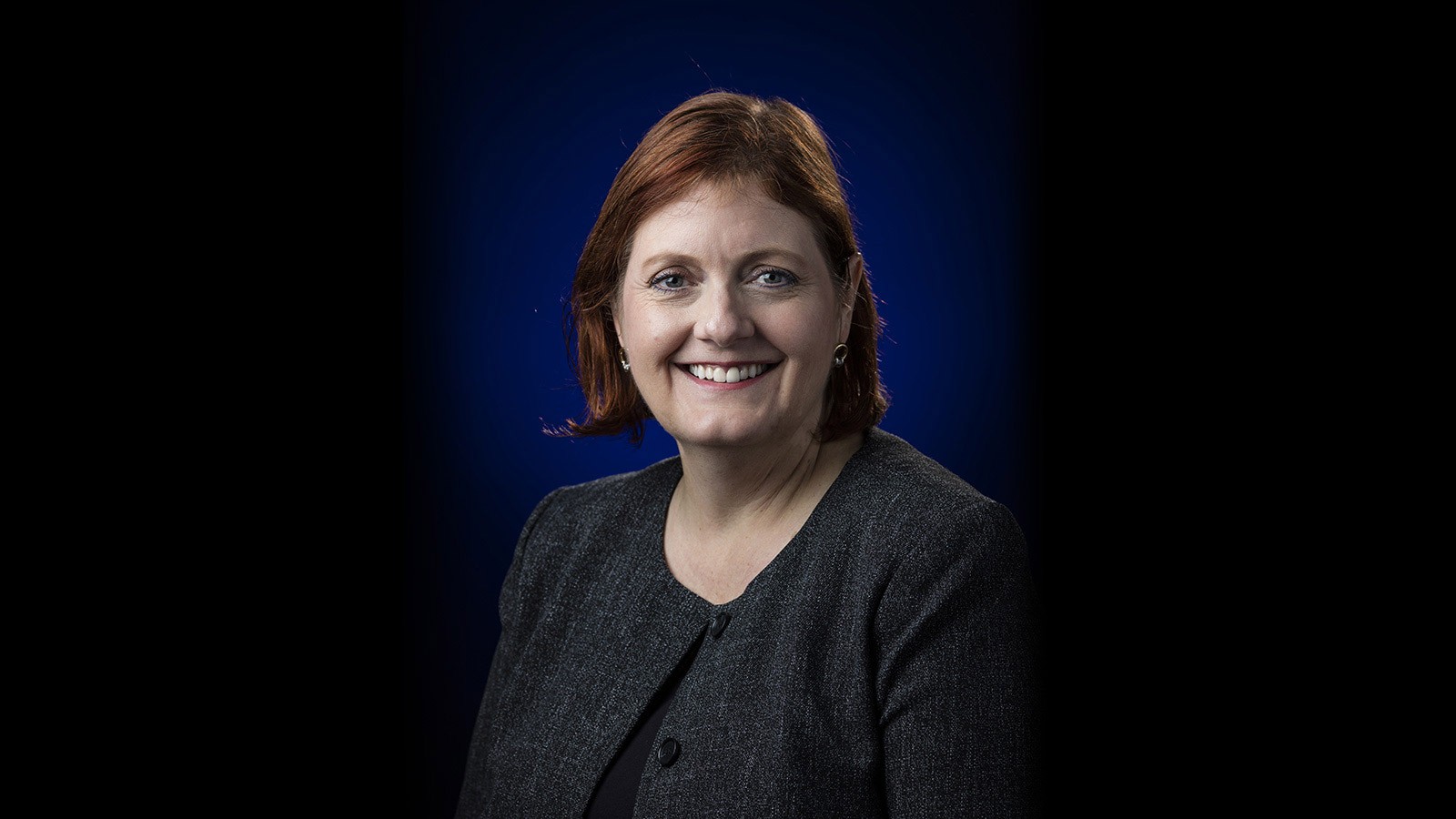 Julie A. Robinson, chief scientist of the International Space Station Division at NASA, and Utah State University alum, will serve as USU’s commencement speaker for its 133rd graduation ceremony as the university celebrates the accomplishments of Aggie women during the Year of the Woman.

Robinson and two other prominent individuals will receive honorary doctorates Thursday, April 30, at the Dee Glen Smith Spectrum in Logan.

“We are honored that Julie has accepted our invitation to address our students this year,” said USU President Noelle Cockett. “She is a renowned scientist and researcher and has dedicated her professional career to solving problems both on Earth and in space. Julie is a prime example for the Class of 2020 of an alumna using her expertise to better our world. She will inspire and engage our graduating students, USU alumni and the Cache Valley community.”

Robinson will receive an honorary doctorate along with: Karen Morse, a former chemistry professor, college dean and provost at USU, and president emerita of Western Washington University; and Linda S. Daines, a USU graduate and one of the first women managing directors at Goldman Sachs.

Cockett said honorary degrees are important ways the university has to recognize people for the commitment and sacrifices they have made to make positive changes in the world.

“We are delighted to honor these outstanding women who have contributed to the Utah State community in a number of ways,” she said. “They are innovative leaders in their fields whose leadership and vision should be commended.”

In 2004, Robinson joined NASA as a civil servant and within two years was named deputy ISS program scientist. In 2007, she became the International Space Station Program chief scientist and is now at NASA Headquarters as the chief scientist of the International Space Station Division. In this role, she provides science advice at the highest levels of the agency, promoting exploration research and demonstration strategies onboard the ISS and other human spaceflight platforms. She founded the ISS Program Science Forum, made up of her counterparts from each ISS partner agency, increasing international collaboration and effective use of ISS by scientists from more than 100 countries.

Robinson attended USU after receiving the Presidential Scholarship, was active in the Honors Program, and earned degrees in chemistry and biology in 1989. As an undergraduate, she participated in research before undergraduate research was formalized and as common as it is today, which provided a critical foundation for her career path and professional success. She went on to receive a doctorate in ecology, evolution and conservation biology from the University of Nevada Reno.

Following postdoctoral research at the University of Houston, Robinson began her career with Lockheed Martin in the Image Science Laboratory at Johnson Space Center. She led major NASA-sponsored scientific projects to facilitate a distribution network for global maps of coral reefs in the developing world.

Robinson has served on the boards of several nonprofits and mentors girls in math and science, as well as early career scientists and engineers. She is an amateur singer of jazz and classical music.

A native of Logan, Daines received her Bachelor of Arts degree from Utah State, majoring in cello performance. Daines moved to New York City, where she began her professional career as a music teacher and music department chair at The Spence School, a leading private girls school in New York. She continued her cello studies with Claus Adam of the Juilliard String Quartet and performed with The New Amsterdam Symphony Orchestra. She then pursued a master’s in arts administration and obtained an MBA from Columbia University.

Daines joined Goldman Sachs in 1984 where she became one of the first women Managing Directors in Private Wealth Management at the firm.  Over her 35-year career at Goldman Sachs, she has advised significant families, foundations, endowments, private companies and pensions on their investments. She serves as a trustee of The Chamber Music Society of Lincoln Center, The School of American Ballet, and The Utah Journalism Foundation. She also serves on the Board of Cache Valley Bank, the National Advisory Council for Brigham Young University and on USU’s Leonard Arrington Council and Dean’s Advancement Council at the Caine College of the Arts.

Daines is a mother of three and grandmother of nine. She resides in New York City.

Morse became the 12th president of Western Washington University in 1993 and the second woman in Washington state’s history to lead one of its colleges and universities. She served for 15 years as president. Prior to her appointment at Western Washington, she worked as the provost, dean of the College of Science, and a chemistry professor at USU.

At USU, Morse began as a faculty member in the chemistry and biochemistry department, later became the department head of chemistry and biochemistry, and afterward was the first woman dean of the College of Science. She was appointed provost at USU in 1989. The Morse Scholarship at USU was established by Karen and her husband Joseph, who was director of the Honors Program and an associate professor of chemistry. The endowment assists future generations of students in the Honors Program. Both Karen and her husband served as mentors to Robinson as she pursued her undergraduate degrees at USU.

Morse is widely published in her field and has three patents to her name. She is a fellow of the American Association for the Advancement of Science and was awarded the Olin-Garvin Medal, one of the American Chemical Society’s highest honors. The Karen W. Morse Institute for Leadership was created at Western Washington in 2009, and the chemistry building on campus is named in her honor.

Unity is the theme of the combined in-person, virtual gathering featuring speakers from diverse disciplines. 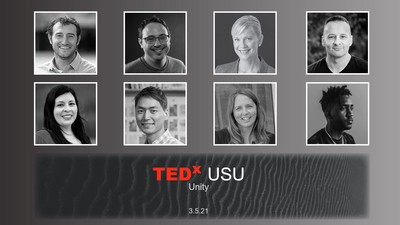 The League of American Bicyclists has honored Utah State University with a gold-level Bicycle Friendly University award in recognition of the institution's achievements in promoting and enabling safe, accessible bicycling on campus.