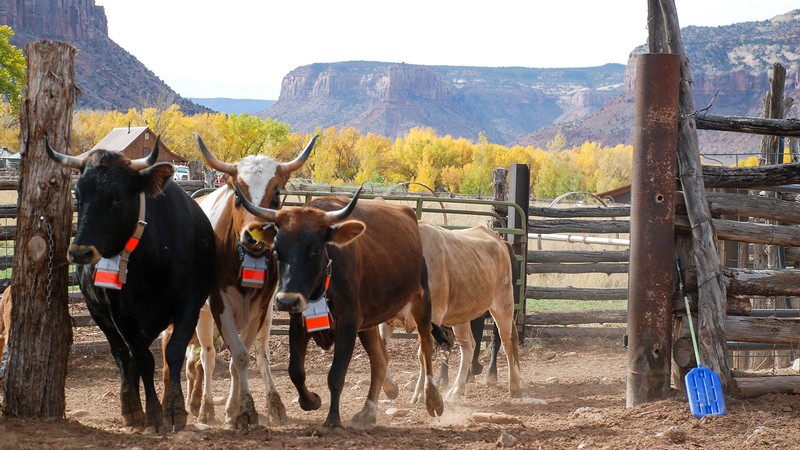 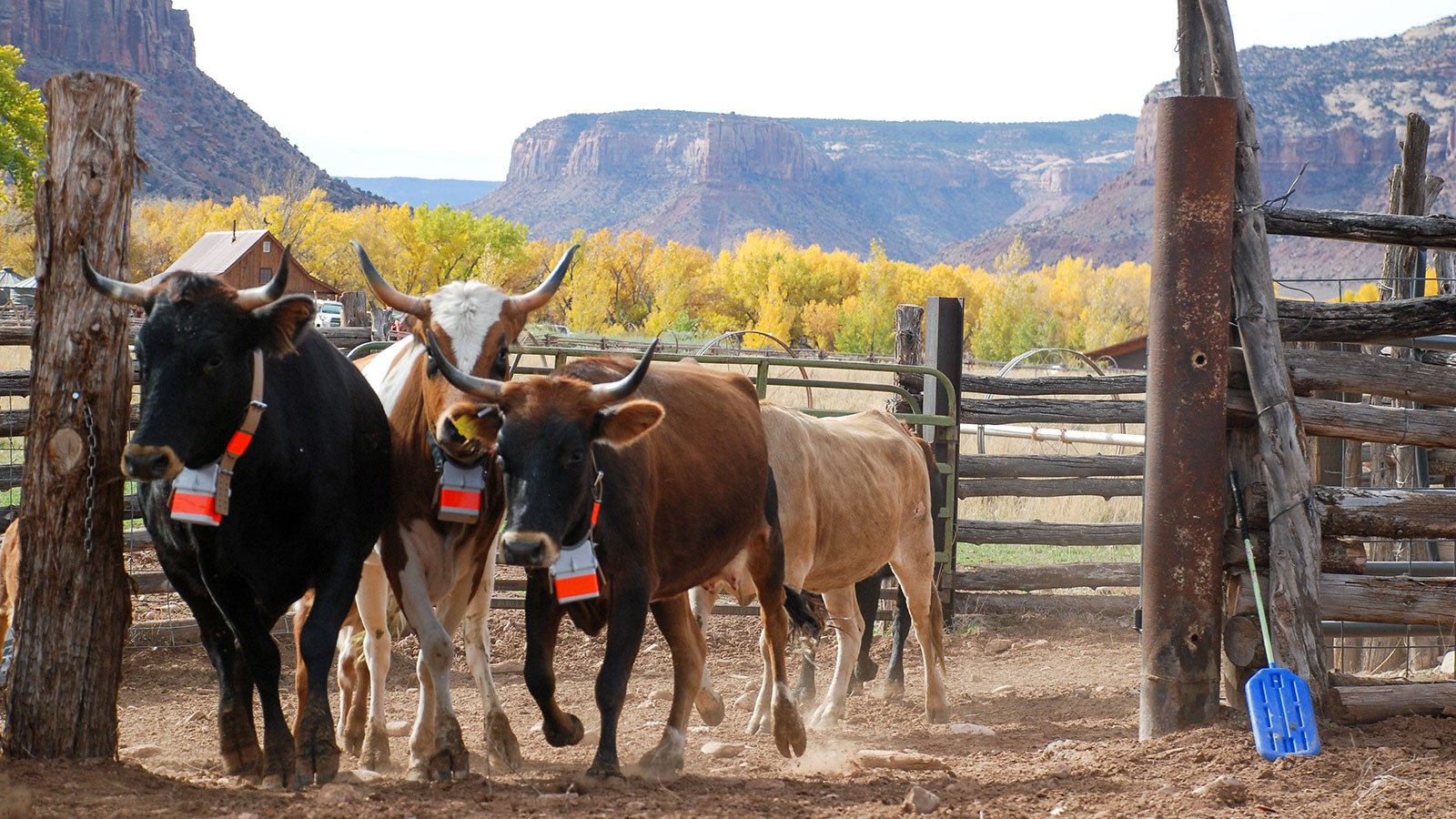 The Colorado Plateau, located in the western United States, is known for its stunning landscapes and wild-west ambiance. The cowboy lifestyle is still very much a part of the landscape with over 90% of the region being utilized by the cattle industry. Climate change and environmental degradation are threatening the future of cattle ranching, but an old breed is offering a new hope for the industry in this rugged landscape.

Raramuri Criollo, or simply Criollo, are descendants from the original cattle brought to the Americas by the Spanish in the 16th century. Criollo are considered a heritage breed, meaning there has been very little human intervention in their survival and reproduction. The breed is common in the Chihuahua Desert of Mexico where they have adapted to the arid environment for more than 500 years.

“They act more like wild animals,” explained Kari Veblen, associate professor of wildland resources and ecology. “In addition to being smaller than traditional breeds, [they] are hardier and thought to able to travel farther from water, have broader diets and cover more difficult terrain.”

Veblen and a team of USU and United States Geological Survey researchers recently received funding from the Unites States Department of Agriculture’s National Institute of Food and Agriculture’s Agroecosystem Management program to determine the potential benefits of using Criollo for cattle ranching on the Colorado Plateau. The team predicts that Criollo cattle will be less environmentally impactful and potentially more economical.

“Changes in climate are challenging beef producers to find sustainable solutions,” said Juan Villalba, professor of wildland resources and ecology. “There is a need to find animals that adapt to their environment, instead of forcing the environment to fit the animal.”

The Colorado Plateau is extremely arid, usually receiving fewer than 12 inches of precipitation per year. Scientists predict that climate change is likely to decrease this already meager amount of moisture while simultaneously raising temperatures. Grasses, which make up the majority of the diet for cattle, rely on moisture and are predicted to become more scarce.

Elsewhere, when grass is sparse, Criollo cattle are known to supplement their diets with alternative food sources such as woody plants and shrubs. They may also have higher heat tolerance and be able to travel further from water to find forage. Veblen and her team suspect these characteristics will make Criollo more resilient than other breeds of beef cattle on the Colorado Plateau.

“There are a lot of Angus, Hereford and Brahman cattle [on the Colorado Plateau],” explained Matthew Garcia, assistant professor of animal science. “They are very different from Criollo foremost in size. They tend to have much larger body size which may mean they have higher nutrient demands.”

While potentially being a more sustainable economic option, Criollo may also be less harmful to the environment. Their ability to forage on a wider variety of plants and across greater distances could make environmental impacts less intense and allow the landscape to better recover after being utilized by cattle. Criollo’s smaller size also means they are less likely to crush biological soil crusts leading to increased soil health and decreased erosion.

“My observation has been that many [livestock] managers are already doing what they are ‘supposed’ to be doing,” said Veblen. “They don’t have many degrees of freedom to make adjustments that would lead to improvements. I’m excited about Criollo cattle because they represent a new, creative, approach to the sustainability of livestock production, both environmentally and for ranching operations.” 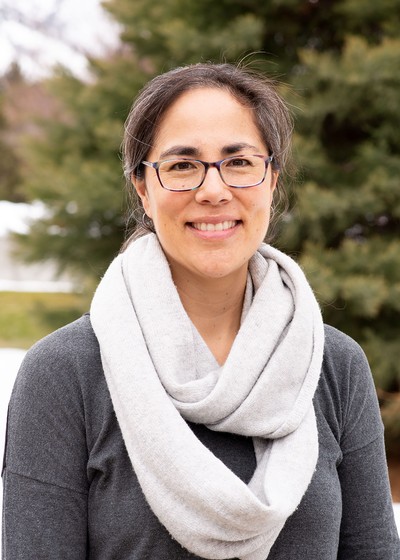 Kari Veblen and a team of USU and United States Geological Survey researchers recently received funding from the USDA's National Institute of Food and Agriculture’s Agroecosystem Management program to determine the potential benefits of using Criollo for cattle ranching on the Colorado Plateau. 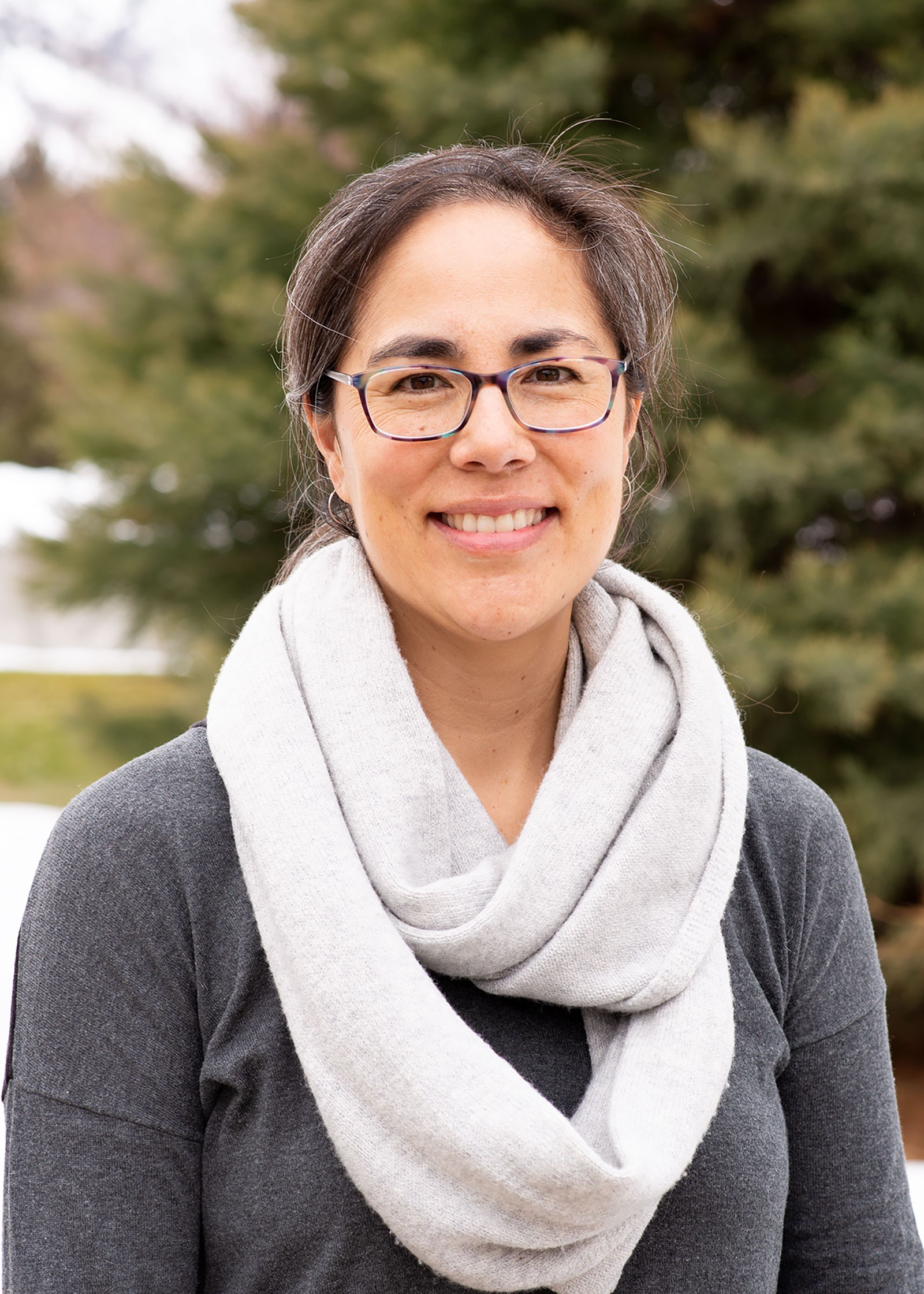