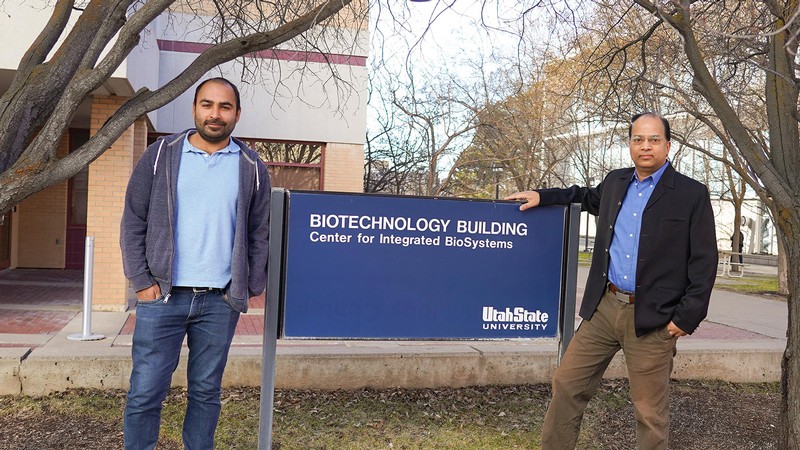 Director of USU's Bioinformatics Facility and Assistant Professor of Plant Science, Rakesh Kaundal (right), and doctoral student Naveen Duhan are among the co-authors of a paper which was recently published in Scientific Reports - Nature. 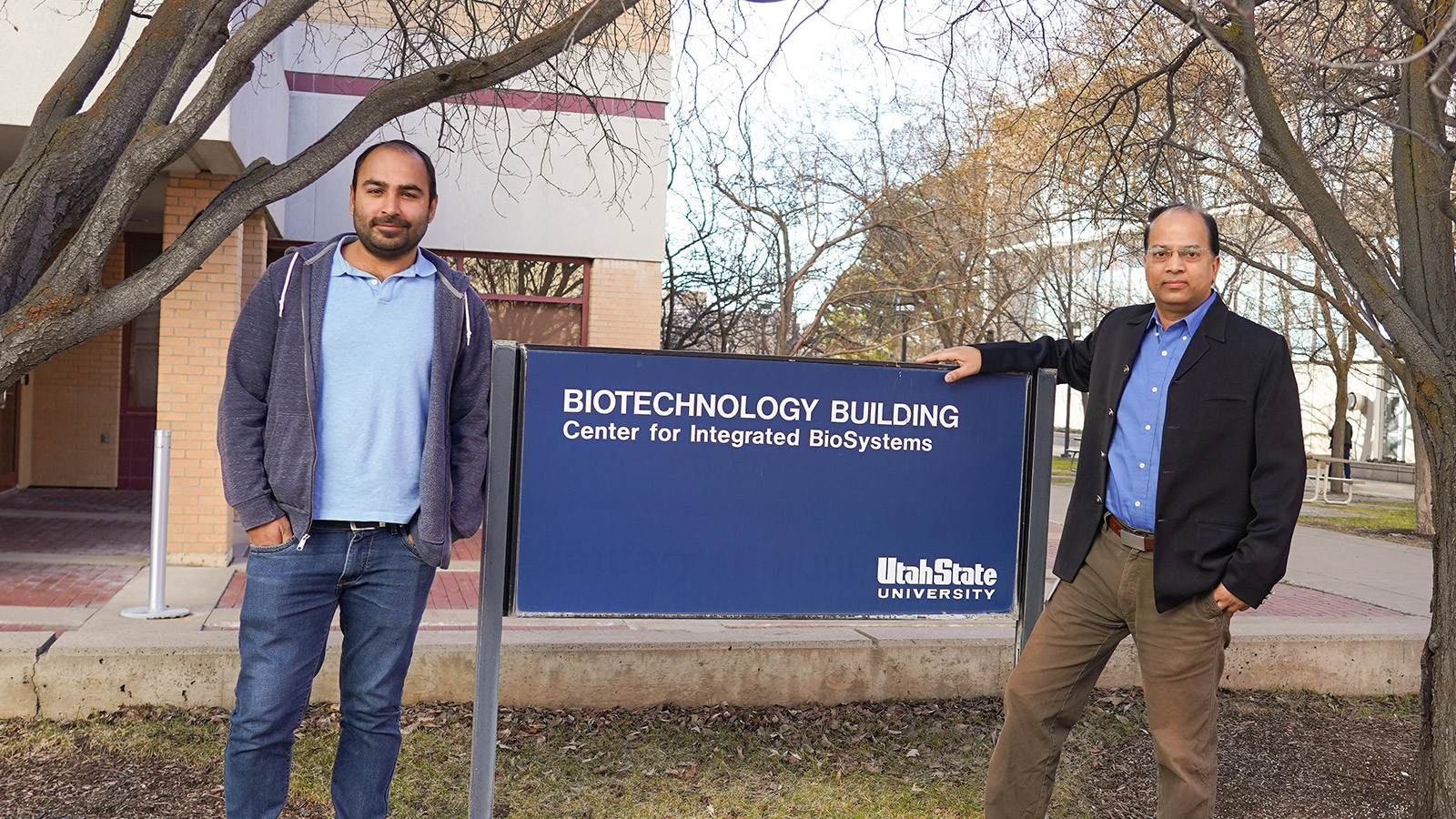 Salinity is a growing critical threat to soils, water quality and food production worldwide. High levels of salts in water and soil interfere with plants’ abilities to take up the nutrients they need, create osmotic shock and ion accumulation in the plant tissues. All these conditions drastically affect plants’ growth and development, resulting in reduced crop production.

Some plant varieties have a greater tolerance for high-saline conditions, but why that’s so is largely unknown and a challenge to scientists and growers to understand as they work to develop more saline-resistant crops. A study by Utah State University Assistant Professor and Director of the USU Bioinformatics Facility, Rakesh Kaundal, doctoral candidate Naveen Duhan, and their collaborators at the U.S. Salinity Lab in Riverside, CA, was recently published in Scientific Reports - Nature and describes how the activity of specific genes affects the salt tolerance of two species of alfalfa.

“Globally at present, about 10% of all land and 50% of irrigated areas are exposed to salinity, causing a loss of about $12 billion annually in agriculture,” Kaundal said. “Unfortunately, many regions around the world are facing rapid increases in soil salinity that make farmland unusable or decrease crop production. Adding to this, climate change-induced drought forces farmers to use degraded and salt-rich groundwater for irrigation. Increasing global population also increases the demand for food production, adding fuel to the problem. To improve crop performance under saline conditions, it is of utmost importance to identify the molecular and genetic basis of salt tolerance. To achieve this, we need to understand the complete systems biology of a particular crop, understand how different genes are expressing and interacting with each other.”

The discovery described in the group’s paper, Transcriptional Profiling of Two Contrasting Genotypes Uncovers Molecular Mechanisms Underlying Salt Tolerance in Alfalfa, required sequencing the RNA of a salt-tolerant and a salt-sensitive genotype of alfalfa (Medicago sativa), considered the most important forage crop in the United States and an important cash crop in Utah. The two genotypes selected were from among 12 varieties previously subjected to salinity-stress.

Plants in the study were irrigated with high- and low-salinity water for varying lengths of time. Researchers at the U.S. Salinity Lab made observations of the condition of the plants’ roots and leaves and harvested samples from which RNA was extracted. The RNA was sequenced and Kaundal’s lab developed novel ways to use high-performance computing and bioinformatics algorithms to examine vast amounts of data that revealed differences in the plants’ gene expression related to stress responses. Studying differences in genes that are involved in hormone- and calcium-signaling led the scientists to identify several genes that are involved in responses to salinity stress and that should be investigated further in the pursuit of more salt-tolerant alfalfa.

Salt stress is a critical concern in Utah agriculture. Salt-tolerant cultivars can be a good alternative on marginal lands in Utah, and Kaundal’s work at the University of California, Riverside, and with scientists at the U.S. Salinity Lab before joining USU’s Department of Plants, Soils and Climate and Center for Integrated BioSystems, remain important ongoing partnerships.

“Since USDA salinity lab scientists focus solely on salt-related issues, they handle the experimental set-up and salt treatments at appropriate times,” Kaundal said. “I have collaborated with them on other crops such as almond and strawberry, and continue to do big-data analysis in those crops as well.”

Kaundal’s lab is also using data science to decipher the molecular mechanisms that make wheat (another important crop in Utah) susceptible to bunt infections that stunt plant growth, are easily spread, and contaminate the wheat. His group continues to work uncovering more genetic- and molecular-level information about alfalfa because there is so much to discover, made possible through the blending of plant and data sciences.

“Besides whole-genome sequencing, complementary DNA libraries related to stress tolerance, and genome-wide association studies have facilitated the discovery of stress-related genes, all possible due to advances in bioinformatics and big data science,” Kaundal said. “Salt stress is just one example of where big data brings immense benefits to plant science and advancing agriculture.” 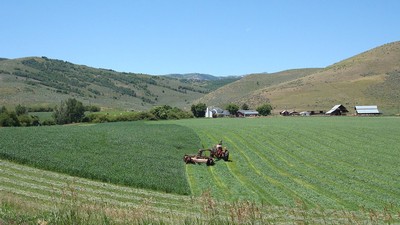 Alfalfa is considered the most important forage crop in the United States, but the increasing levels of salinity in soils and water reduce the production of alfalfa and many other crops. 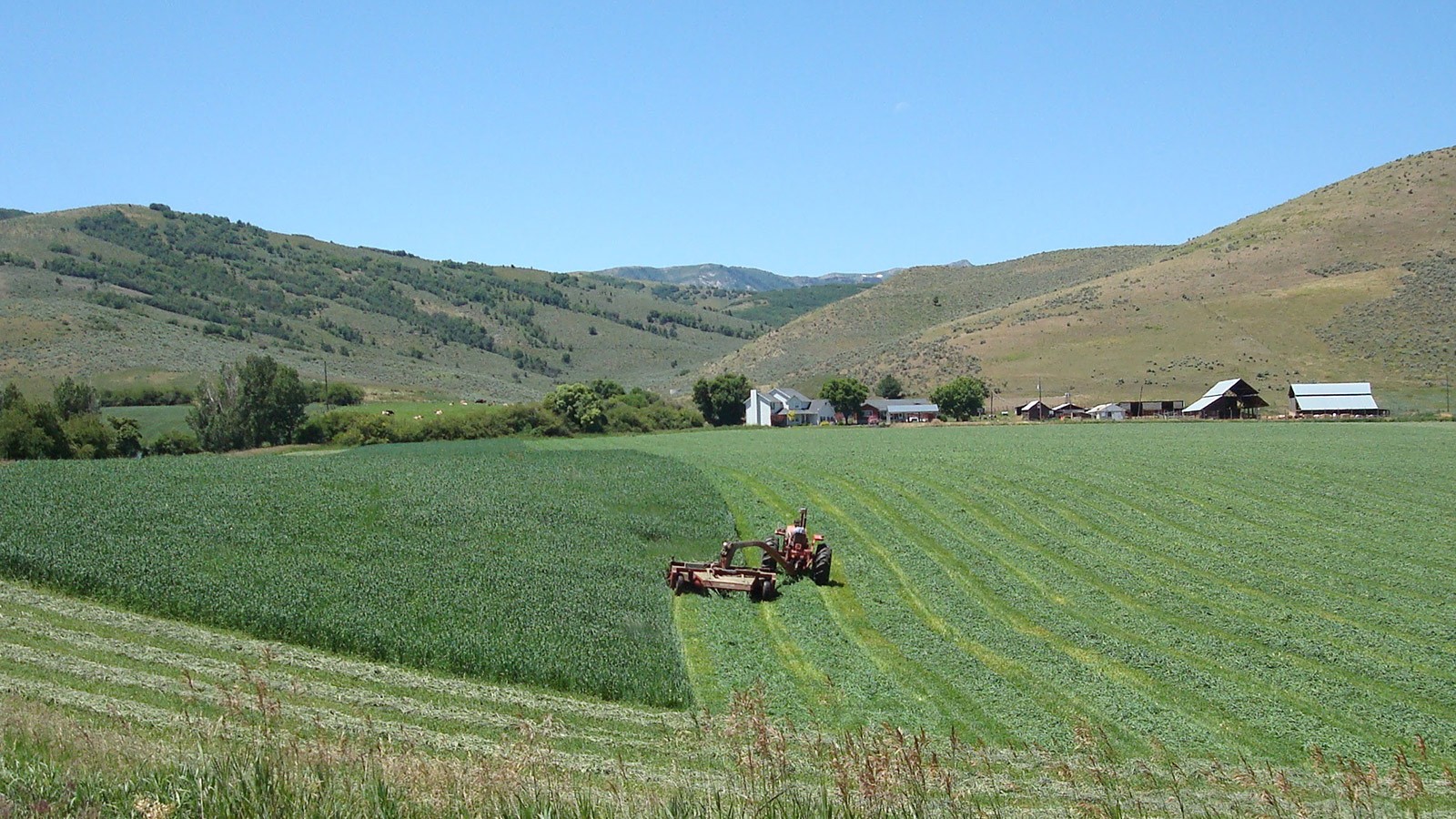