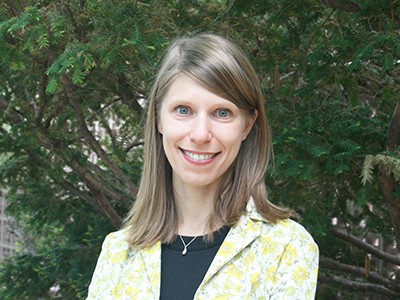 USU ecologist Bonnie Waring says soils have the potential to store huge quantities of carbon, but little is understood about microbial respiration exchanges between soils and the atmosphere. She and colleagues published findings in 'PNAS.'

The fields stretching to the horizon, along with the soils under our feet, are living and breathing.

“Soil microbial respiration – ‘breathing’ or carbon dioxide release – plays a key role in global carbon cycling, but it tends to be out of sight, out of mind,” says Utah State University ecologist Bonnie Waring. “When we think of climate change, we often think of things above the ground, like plants, that we can see.”

Soil has the potential to store huge quantities of carbon, she says. Microbes in the soil also release significant amounts of carbon into the atmosphere; more than all fossil fuels combined.

“But we understand little about microbial respiration exchanges between soil and the atmosphere, and current ecosystem models don’t account for variations in how these microbes respond to soil moisture across diverse landscapes,” says Waring, assistant professor in the Department of Biology and the USU Ecology Center.

With lead author Christine Hawkes of the University of Texas at Austin, and colleagues Jennifer Rocca of Duke University and Stephanie Kivlin of the University of New Mexico, Waring published findings from an investigation of soil respiration responses in the May 29, 2017, early online edition of the Proceedings of the National Academy of Sciences.

Because soil covers such a vast area of our planet, even small changes in microbial respiration can affect the balance of carbon dioxide in our atmosphere,” Waring says. “Our findings reveal microbial activity is very sensitive to changes in precipitation and this has tremendous consequences.”

More precision is needed in modeling, she says, as climate change alters ecosystems. 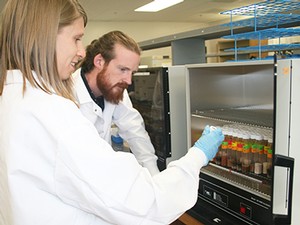 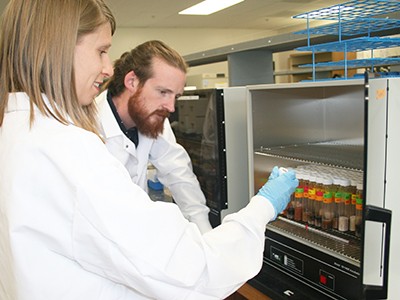