“This certainly isn’t cause for alarm,” says Lowry, assistant professor in USU’s Department of Geology, “but it means residents and government officials living along the rift corridor, including the communities of Fort Collins, Denver, Albuquerque, Santa Fe, El Paso and Ciudad Juarez, need to be aware that they are in earthquake country and plan construction accordingly.”

“We don’t expect to see a lot of earthquakes, or big ones, (in this region) but we will have some earthquakes,” says Anne Sheehan, CIRES fellow, associate director of CIRES Solid Earth Sciences Division and an author on the paper.

“With these tools, we’re discovering some very surprising results in areas of the continental interiors where, previously, motions were too slow to measure,” Berglund says.

“We don’t know for certain how broad because none of us anticipated just how wide it would be and we didn’t install instruments far enough east to capture the eastern boundary,” says Lowry, a 2010 NSF CAREER grant recipient. “But it’s at least 150 miles across and probably much wider.”

In comparison, he says, interseismic stretching on Utah’s Wasatch Fault occurs in a narrowly focused zone only about 75 miles across.

“These findings are all the more surprising in that geologists often point to the Rio Grande Rift as the ‘narrow’ end-member of continental rifts around the globe,” he says.

Lowry explains the massive Basin-and-Range rift, that covers most of North America’s Intermountain West and is bordered on the east by the Wasatch Fault, the Colorado Plateau and the Rio Grande Rift, is commonly thought of as North America’s “wide” rift.

“The practical implication of this is the risk of earthquakes on major, previously identified faults such as Colorado and New Mexico’s Sangre de Cristo fault may be a bit less than expected, but the risk to major Front Range metropolitan centers such as Denver is perhaps slightly higher than previously  thought,” he says.

Lowry helped to reconnaissance, permit and install GPS sites used in the study and performed some of the analysis and modeling of collected data. The Wasatch Front has been studied with similar GPS arrays installed by a University of Utah research group led by USU alum Bob Smith, he says, along with arrays installed by Harvard University’s Smithsonian Astronomical Observatory and Cal-Tech and Earthscope’s Plate Boundary Observatory.

“The interseismic movement that builds earthquake strain here in Utah is more rapid and focused (than in Colorado and New Mexico) but those rates have been known for some time,” he says. “But the increasing sensitivity of GPS measurements should enable us to examine the time and space-dependence of Wasatch motion in greater detail, much as it helped to illuminate motions in the Rio Grande Rift.” 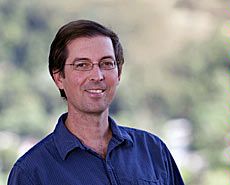 USU geophysicist Tony Lowry is among authors of a recent paper in the journal 'Geology' exploring earthquake potential along the Rio Grande Rift. 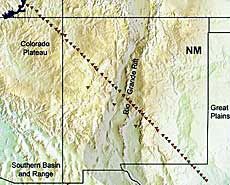 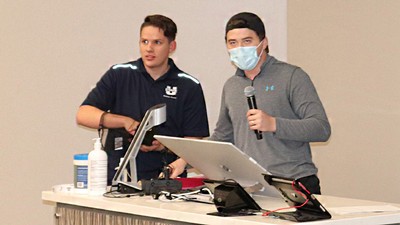