Brandon Schrand hasn’t been out of graduate school long, but he is quickly building a reputation in the literary field — just ask booksellers Barnes and Noble.

Schrand’s forthcoming memoir, The Enders Hotel, has been picked as a Barnes and Noble “Discover Great New Writers” selection for summer 2008.
The author earned a master’s degree at USU in 2003 in American Studies, where he focused on western American literature.
According to the Barnes and Noble Web site, The Discover Great New Writers Program helps publishers introduce dynamic new literary writers to the reading public and highlights the most impressive new works published each season. Schrand’s memoir was one of 150 books submitted and among the 18 selected for summer 2008.
Schrand began work on The Enders Hotel, published by the University of Nebraska Press (planned release in May 2008), as an assignment for a class at the University of Idaho, where he earned a master’s of fine arts and where he now coordinates the same MFA program he completed.  The assignment just grew, he said, as he followed the story.
“If it had not been for my graduate work at USU, I don’t think I would have been able to write the kind of book I did,” Schrand said. “Beneath its narrative and all the sentences and the structure, there lies my training. The average reader won’t see my master’s degree in American Studies behind the curtain, so to speak, but it’s there. I know it’s there.”
Schrand attended Utah State University from 2001-03, and the road that led him to the Logan campus was one of chance, he said. Schrand’s bachelor’s degree is in English literature from Southern Utah University (’98).
“My wife and I moved to Logan because it was close to both our families,” Schrand said. “I took some time out of school and worked, bought a house, had a son and decided I should go to graduate school. USU was right up the hill so I applied there. So while it was chance and chance alone that led me to USU, it turned out to be one of the most extraordinary chances in my life because USU prepared me in no small way to become the writer I am today.”
After walking up the hill, Schrand enrolled in Utah State’s American Studies program, a diverse program that allows students the opportunity to explore American life and cultures from interdisciplinary perspectives.
“The American Studies degree is an immersion in literature, art, folklore, history, anything you want to study on the way to a broad-based, creative, gratifying career,” said Star Coulbrooke, a program alum (’99) and now faculty member in the Department of English. “If you want to work at what you enjoy, create your own career, make your own way in the world, American Studies is the degree for you.”
Faculty who worked with Schrand during his time on campus speak highly of his skill and potential.
“In the tradition of Mary Clearman Blew and Bill Kittredge, Brandon Schrand has written a memoir based on growing up in a determined, perhaps stubborn western family and in a deteriorating construction of the Old West, the Enders Hotel,” said Melody Graulich, editor of Western American Literature and professor of English and American Studies at USU. “Now a historic landmark in Soda Springs, Idaho, the hotel is an emblem of the town’s fantasies of becoming a tourist boomtown in the late 19th century. Brandon’s exploration of the hotel and its history, based on rich interdisciplinary research, becomes a focal point for a wide-ranging study of the tenacity and dreams of small western towns and their inhabitants.”
Evelyn Funda, an associate professor in the Department of English, also worked with Schrand.
“Brandon never forgets that he started as a small-town Idaho boy, which means he both honors that background and remains refreshingly humble and untainted by inflated ego,” Funda said. “But make no mistake — just because he’s from Soda Springs doesn’t mean his work is some sentimental picture of a bygone western era. The Enders Hotel is based on his rigorous interdisciplinary research, and the result is a sharp appraisal of how we envision a region and are shaped by family history.”
Schrand’s book will be promoted and featured by Barnes and Noble for 12 weeks, May-July, in 2008. The work has won a number of earlier awards, including the 2007 River Teeth Prize for best book of literary nonfiction, and “The Enders Hotel,” the title piece from the book, was selected as a Notable Essay in the Best American Essays.
“For me, the most rewarding aspect of my education at USU was both the focus on interdisciplinary studies and having access to the dynamic faculty who made interdisciplinary engagement possible,” Schrand said. “My thesis committee — Melody Graulich, Jennifer Sinor and Chris Cokinos — really pushed me intellectually in ways I never thought imaginable. So I am grateful for their work. Others, too, influenced me in important ways. Evelyn Funda, Paul Crumbley, Bob Pyle (a visiting writer), Daniel McInerney and the late Lynn Meeks — each was invaluable in providing me and my peers a first-class education.”
Writer: Patrick Williams (435) 797-1354,
patrick.williams@usu.edu
March 2008 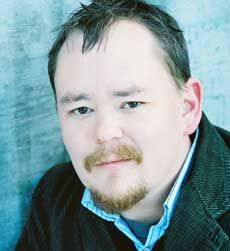 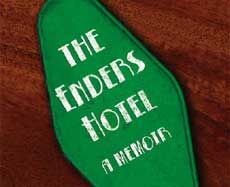 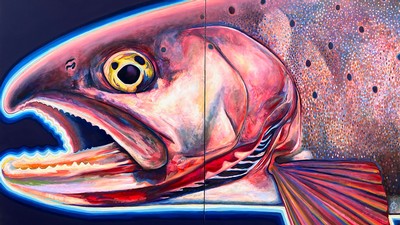