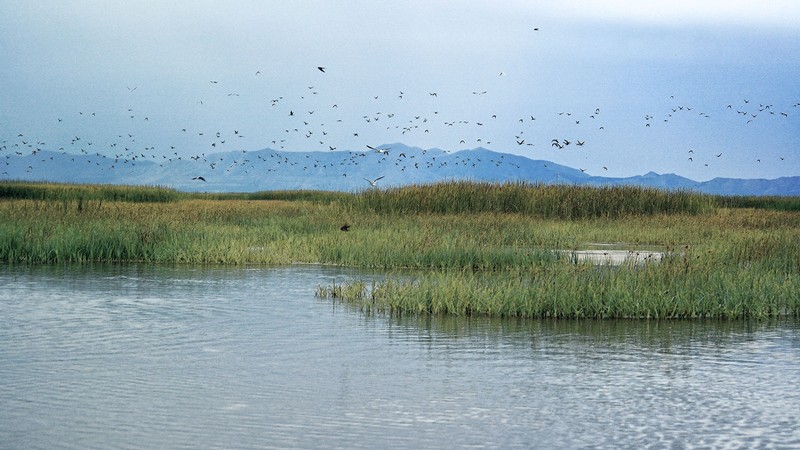 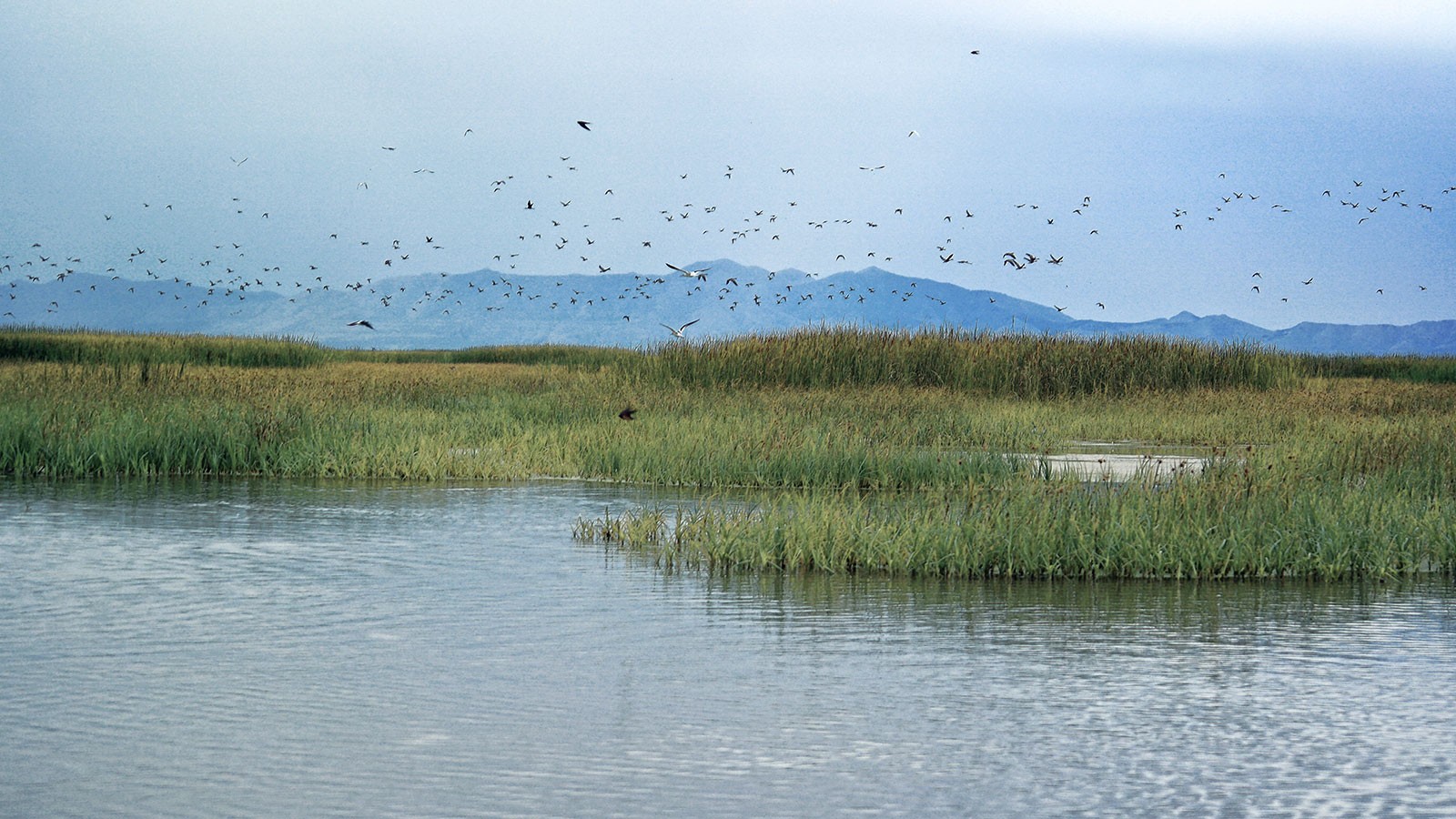 Plants in Great Salt Lake wetland ecosystems are able to pull hazardous metal pollution from the lake and sometimes pass it up the food chain, according to work from a team of researchers from the Utah State University Department of Watershed Sciences and Ecology Center led by Edd Hammill.

The study, coauthored by former master’s student Maya Pendleton and current faculty Janice Brahney, Karin Kettenring, and Trisha Atwood, sampled three types of native plants (threesquare, hardstem, and alkali bulrush) and invasive phragmites to monitor concentrations of metals and see where in the plants they accumulated.

Toxic metals reach the Great Salt Lake predominantly by way of runoff and atmospheric pollution from human industry, such as mines and refineries. Wetland plants absorb metals from the soil and store them belowground (in roots, bulbs and rhizomes) or aboveground (in shoots, leaves and seeds). Where these metals end up residing in the plant has implications for environmental health, according to the research.

Toxic metals in aboveground plant tissues are a cause for concern for the insects that eat them and the terrestrial food web as whole, the researchers said.

“The metals are fat soluble,” Hammill said, “so every bit consumed by herbivorous insects is stored in the insect tissues and gets passed on to predatory insects like spiders, damselflies and dragonflies. Larger predators consume the predatory insects and the toxic metals move right up the food chain in larger concentrations.”

The research found copper and cadmium levels 10 times higher in predatory insects than in wetland plants, a hazard to resident waterfowl and the large numbers of migratory birds who flock to Great Salt Lake wetlands and feed on insects before passing on to other far-off habitats. In future studies, the team hopes to take a closer look at toxic metal concentrations in Great Salt Lake waterfowl, which are under consumption advisories.

The propensity for wetland plants to absorb hazardous metals could be useful as a way to clean up lake pollution, Hammill said. To remove or decrease toxic metal pollution should be the ultimate goal, but considering this study, leaving wetland root systems intact while cutting the aboveground foliage and burying it in low-impact locations would be a practice worthy of consideration by management agencies, he said.

The negative impact of metals in plants and animals ties into the broader conversation about conservation of the Great Salt Lake, particularly when it comes to lake water levels, which have declined to record lows.

“Keeping the Great Salt Lake watered is critical to making sure the metals stay where they are now,” Hammill said. “If the lakebed gets exposed, dust and metals become airborne, which has a considerable human impact and makes the whole problem worse.”