Carolyn Barcus, an assistant professor in Utah State University’s Department of Psychology, has been awarded the Samuel M. Turner MENTOR Award by the American Psychological Association. The award highlights her career-long efforts to train clinical psychologists to work more efficiently with minority populations.
The MENTOR award, presented annually by the Clinical Psychology of Ethnic Minorities Division of APA, recognizes significant involvement in minority education, nurturing, training, organizational advocacy and research.
Barcus was nominated by colleagues Susan Crowley and Renee Galliher.
“Dr. Barcus deserves much of the credit for the atmosphere of support that our ethnic minority students and faculty experience,” Crowley and Galliher said in their nomination letter. “In all honesty, 15 years ago our program would likely have been unable to successfully graduate a minority student without Carolyn.”
In the 21 years she has been involved with the university, Barcus’ work has focused on recruiting and supporting American Indian students in the graduate psychology programs. Since Barcus’ involvement, 32 Native American students have completed the master’s and doctoral programs at Utah State. She has since expanded that role to include all minority students in the psychology department.
Barcus joined the USU faculty in 1984. She now serves as a clinical assistant professor of psychology, as well as the director of the American Indian Support Project. She also runs a part-time private practice. In 1997, she received the President’s Diversity Award. Barcus will host the 19th annual national convention of American Indian Psychologists June 26-27 at Utah State University.
The award will be presented at the APA convention in New Orleans in August.
The American Psychological Association, in Washington, D.C., works to advance psychology as a science, as a profession and as a means of promoting human welfare. APA is the world’s largest association of psychologists, with membership exceeding 150,000. 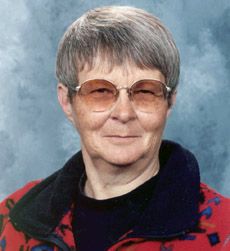 Carolyn Barcus has been awarded the Samuel M. Turner MENTOR Award by the American Psychological Association.