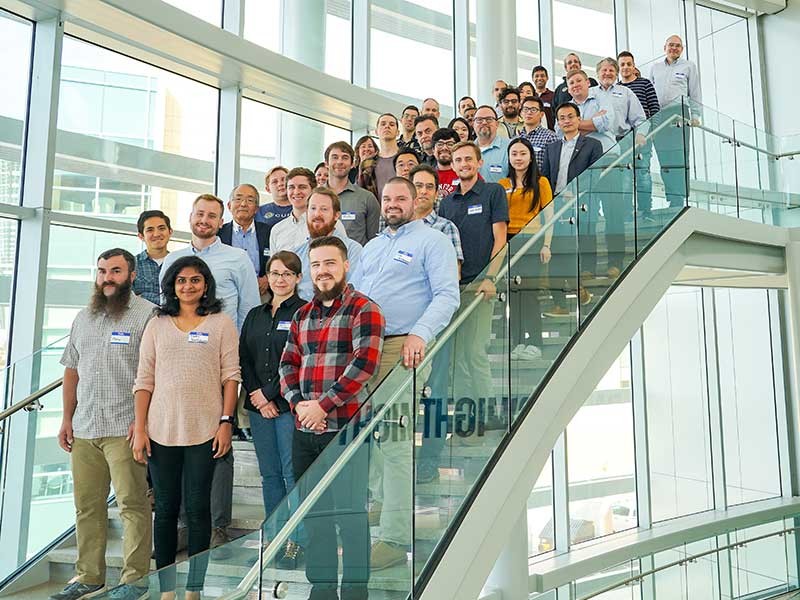 Scientists and engineers who comprise the NASA-funded Center for Utilization of Biological Engineering in Space recently gathered on USU's Logan campus.

Twice each year the researchers who comprise the NASA-funded Center for Utilization of Biological Engineering in Space (CUBES) gather to share ideas face-to-face and discuss the challenges of creating life-sustaining technologies that will support astronauts on Mars. CUBES team members from the University of Florida, Stanford University, UC Berkeley and UC Davis gathered at Utah State University in mid-September for their fall meeting, hosted by Professors Lance Seefeldt and Bruce Bugbee.

At the start, CUBES Director Adam Arkin, professor in the Department of Bioengineering at Berkeley and senior scientist at the Lawrence Berkeley National Laboratory, told the group that the meeting might be referred to as a “retreat” but urged them to view it as a time to “charge” forward with the center’s goals: developing biological manufacturing capabilities that will allow astronauts to create what they need largely from resources on Mars, produce food and medicines there and train a workforce of scientists and engineers to who will continue to create innovative solutions.

“The legacy of the center beyond the individual products and discoveries we produce, which I think will be very interesting in and of themselves, is the fact that we will have moved forward a very fundamental idea of how biological manufacturing can support space missions in the future,” Arkin said.

Laboratory demonstrations of new technologies should be underway next spring, many of them driven by graduate students who are part of the CUBES team working at their own universities and collaborating with others in the group. The areas that CUBES is focused on in the context of highly complex missions to Mars are using resources on the red planet to build what astronauts will need including developing fuels, fixing nitrogen and carbon, creating biopolymers and pharmaceuticals and producing food.

Next spring the center will be midway through its 5-year mission and researchers are preparing to demonstrate and model some complicated systems. Part of the challenge, Arkin said, is determining what tools, containers, life support systems astronauts and other supplies astronauts must take with them, what they will make once they get to Mars and how they will fabricate or grow supplies they don’t transport from Earth.

John Hogan, an environmental scientist in the Life Support and Habitation Systems Program at NASA’s Ames Research Center, told the CUBES researchers that he views their work as part of NASA’s ambitious goal of having “boots on the moon” again in 2024.

Hogan acknowledged the schedule is rigorous and that many view a return to the moon as part of learning how to go to Mars. A more sustainable presence on the moon could begin by 2028, and technologies the CUBES team is developing could be used or tested there.

He added though, that creating a sustainable lunar base will be an enormously complex challenge. Individual systems to support life away from Earth are complicated on their own, and most systems must be integrated with other systems as well.

Growing food on Mars is among the goals Seefeldt and Bugbee are working on, along with graduate students Paul Kusuma, Mathangi Soundararajan, Kyle Valgardson, and postdoctoral scholars Shuyang Zhen, Zhiyong Yang, Anna Doloman and Artavazd Badalyan. Being able to grow fresh food is considered by many to be a key to astronauts’ well-being for long space missions for a number of reasons.

“Food fatigue is real,” Hogan said. “You may love a certain food and eat a lot of it for a few weeks and then your body needs something different. If you only have 10 meals that you eat in rotation for a year, you’re going to get tired of them fairly quickly. Eating real food is important and there are nutrients that degrade with time so it will be very important to be able to produce fresh food…I wish it were simple and I could say ‘We’re going to need X, Y and Z,’ but we are working on that and building the roadmaps to get there.”

Hogan added that the bioengineering and plant science research CUBES is focused on is important to NASA, and while some parts of the work may not become a reality and integrated into one of the models moving forward, it all advances science.

“This group has a great opportunity in 5 years to help us identify promising technologies, identify all the pinch points…where we need to focus resources, where commercial entities need to come in, where NASA needs to do other work and not compete with what other researchers are doing, “Hogan said. “This group is doing a lot of important work and the future of biomanufacturing in space will be affected by what you do.” 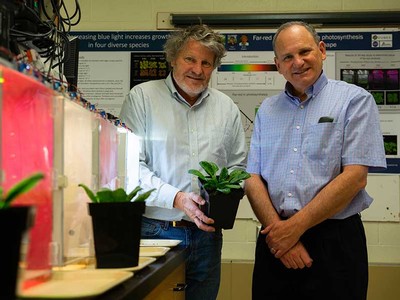 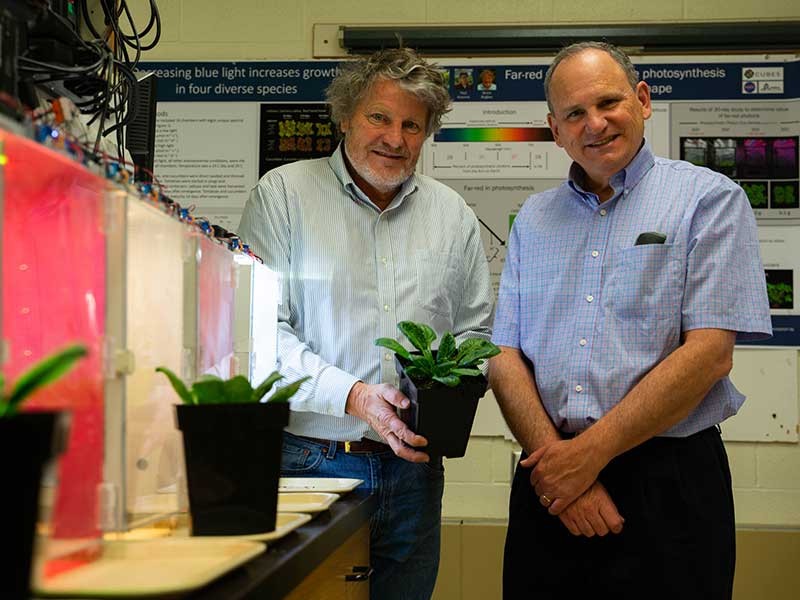