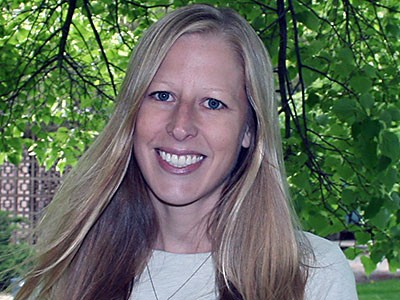 When thinking of bees, especially here in the Beehive State, images of a busy hive inhabited by an imposing queen bee and her specialized minions come to mind. But not all bees live in cooperative harmony.

“There’s more than 20,000 species of bees and new species are frequently discovered,” says Utah State University biologist Karen Kapheim. “Bees range from solitary, independent individuals to members of complex social structures and many variations in between.”

An intriguing question, she says, is how social bees made evolutionary transitions from lone rangers to highly dependent parts of a collective whole. With colleagues from more than 30 institutions in 10 countries, Kapheim led a National Institutes of Health-funded study of genetic changes associated with bee evolution. The team published findings in the May 14, 2015, online edition of Science.

“From around the globe, we collected bees from 10 species representing different levels of sociality and studied their genomes,” says Kapheim, assistant professor in USU’s Department of Biology and the USU Ecology Center. “We identified genetic signatures for social living and determined that a key feature of increased sociality is a species’ increased capacity to regulate genes in individuals.”

Bees are an ideal study subject, she says, because their living arrangements have evolved into so many different types of social organizations over and over again.

“Bees provide us with a natural experiment replicated by evolution,” says Kapheim, who launched the study in 2011, while a postdoctoral fellow at the University of Illinois at Urbana-Champaign. “As one of my colleagues says, studying their genomes is like reading a history book.”

Colony-level bees are ‘eusocial,’ meaning their reproduction is confined to select individuals, as is the case of queen bees, she says. “The switch from solitary living to eusociality is much like the transition from unicellular to multicellular organisms — a major transition in evolution.”

Kapheim and her colleagues were surprised to find no single path to eusociality.

“Independent evolutionary transitions in sociality have independent genetic underpinnings,” she says. “We don’t see a whole lot of evidence for convergent evolution.”

However, the researchers found that, while independent, the evolutionary transitions have similar general features.

“Eusociality may arise through different mechanisms each time, but would likely always involve an increase in the complexity of gene networks,” Kapheim says. “But much about these mechanisms remains unclear. We still have a lot to learn.” 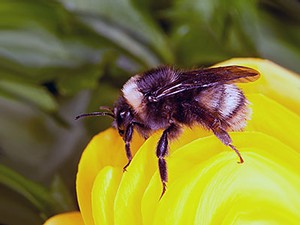 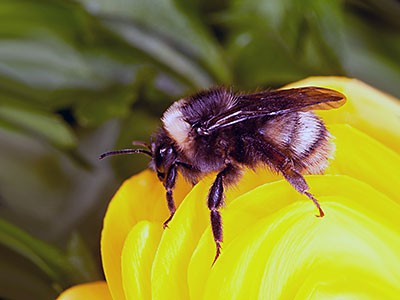 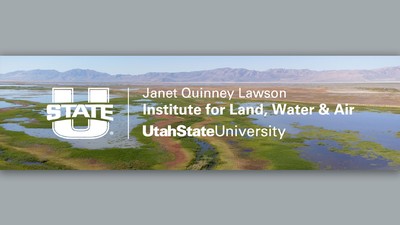