Jackson, who earned a bachelor’s degree in biology in 2005 and a doctorate in biochemistry in 2010, both from USU, is a 2014 recipient of a two-year, $100,000 fellowship from the National Institutes of Health.

A postdoctoral researcher in Montana State University’s Department of Microbiology and Immunology, Jackson has spent the past two years investigating how bacteria fend off invading viruses. With his MSU faculty mentor, Jackson presented work on the E. coli immune system at the 2014 Biophysical Society annual meeting. Out of 150 nominations, his was the first of seven presentations featured during the society’s “New and Notable Symposium.”

As a USU undergrad, Jackson was awarded a USU Undergraduate Research and Creative Opportunities “URCO” grant that enabled him to pursue research with Biology faculty mentor Joseph Li.

“I was set to graduate, but I took this great class in immunology, and it really sparked my interest,” Jackson said. “The research in immunology is something I have a passion for as I discovered. Dr. Li has a great way with students.”

As a USU graduate student in biochemistry, Jackson was among an inaugural group of students receiving Center for Integrated BioSystems student grants in 2007. With faculty mentor Sean Johnson, Jackson investigated structural analysis of the TRAMP complex, a protein complex involved in RNA degradation in the nucleus. With Johnson and fellow lab members, he published several papers in peer-reviewed journals.

While at USU, Jackson was elected chair of the Young Scientist Special Interest Group of the American Crystallographic Association. In Johnson’s lab, he used x-ray crystallography techniques in combination with biochemical analysis to study the structure and mechanism of proteins.

Suh-Lailam, who earned a doctorate in biochemistry from Utah State in 2010, recently completed a postdoctoral clinical chemistry fellowship at the University of Utah. She is headed to Chicago to join the faculty of the Feinberg School of Medicine and will also serve as assistant director of Clinical Chemistry at the Ann & Robert H. Lurie Children’s Hospital.

Suh-Lailam entered USU in 2004 after earning a bachelor’s degree in biochemistry from the University of Buea in Cameroon. With faculty mentor Joanie Hevel in USU’s Department of Chemistry and Biochemistry, Suh-Lailam studied protein functions, including an enzyme called PRMT1 (Protein Arginine Methyltransferase I) that plays a role in cardiovascular health.

During her USU career, Suh-Lailam published research in peer-reviewed journals and served as a graduate student senator.

Asked what influenced her interest in clinical chemistry, Suh-Lailam cites visits she made as a young girl to a hospital lab where her mother worked.

“I would see weak patients waiting hours or even days for test results,” she says. “This experience led to a resolve that, when I grew up, I would help patients get the help they needed in a timelier manner. Now … I can help with continuously improving tests that people rely on.” 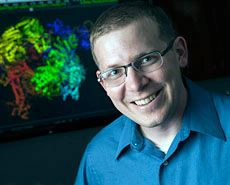 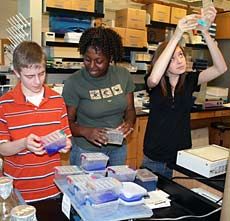