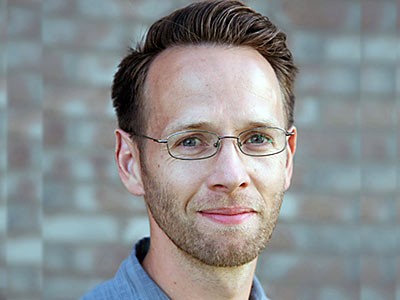 In the animal kingdom, survival essentially boils down to eat or be eaten. How organisms accomplish the former and avoid the latter reveals an immense array of defense mechanisms. Perhaps you can outrun your prey. Maybe you have a nasty weapon to fend off predators. Or you may sport an undetectable disguise.

Mimicry, a form of defense in which one animal copies another of a different species in appearance, actions or sound, is an evolutionary phenomenon scientists identified in the late 19th century. Among the most common examples is Batesian mimicry, which includes harmless copycats of brightly colored poisonous butterflies and frogs that trick predators into leaving them alone. Another type is Müllerian mimicry, where multiple harmful species look alike as a similar warning to predators.

Most of the well-studied mimicry “complexes” — that is, group of organisms with common characteristics — are found in tropical butterflies. Now, Utah State University biologist Joseph Wilson and colleagues have identified North American velvet ants as one of the world’s largest known Müllerian mimicry complexes.

“We’ve discovered more than 300 different species that participate in this complex,” says Wilson, assistant professor of biology at USU’s Tooele campus. “This group is unique as many of the species aren’t tropical and they have more formidable defenses than most known Müllerian mimics.”

With USU undergraduate Erica Sheehan and professor James Pitts, as well as Joshua Jahner and Matthew Forister of the University of Nevada, Reno and USU alum Kevin Williams ‘12PhD of the Florida State Collection of Arthropods, Wilson published these findings in the August 17, 2015, edition of Current Biology. The journal highlights the research as its cover feature.

Velvet ants, members of the Mutillidae family, are actually wasps, though females are wingless. Found throughout the world, the fuzzy insects are especially common in arid regions of the southwestern United States and northern Mexico. So named because of their dense, velvet-like hairy covering, velvet ants range in color from reddish orange, black, gold and light yellow to white and silver. (Contrary to popular belief, no bright blue velvet ants have been identified. The myth is perpetuated by a well-circulated image created from deft strokes of a Photoshop enthusiast’s brush.)

“In some areas, velvet ants are known colloquially as ‘cow killers’ because their venom packs a painful punch,” Wilson says. “In addition, their ‘sting’ — the scientific term for what many of us refer to as a ‘stinger’ — is agile and half as long as the wasp itself. This enables the insect to inject venom into a predator from varied angles and free itself.”

In addition to a sharp, smarting prick, Wilson says velvet ants possess a unique arsenal of defenses to keep predators at bay.

“They squeak to startle and warn predators and they emit pungent chemical secretions,” he says.

The wasps’ bright coloring provides an additional warning and, if they are caught in a predator’s clutches, they have a hard exoskeleton that buys the insect a bit of time to inflict a stinging defense before a hunter can take a fatal bite.

By investigating morphological variation in hundreds of New World velvet ants, the researchers identified and described eight distinct mimicry rings based on the insects’ physical appearance, as well as their geographic distributions.

“We hypothesize this unique blend of defenses may have influenced the development of this extraordinarily diverse and widespread mimicry complex,” Wilson says. “We think the physical similarities across species benefit the wasps by quickly and effectively training their predators to avoid velvet ants displaying the local color pattern. This tells us that mimicry, rather than close genetic ties, may explain why the majority of velvet ants in a particular region to be the same color.”

In Utah, for example, most velvet ants are orange, the “in” color to protect the insects from hungry lizards and other predators. Members of the black-headed “Texan” ring hang out — you guessed it — in Texas and northern Mexico, while the fluffy white Thistledown velvet ants favor southwestern deserts.

“Knowledge of this mimicry complex provides us with a novel system to test ecological and evolutionary hypotheses,” Wilson says. 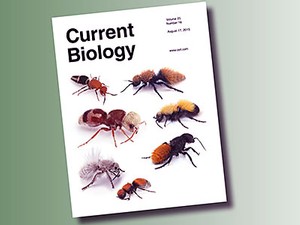 Discovery of one of the world's largest known Müllerian mimicry complexes by USU biologists Joe Wilson, Erica Sheehan, James Pitts and Kevin Williams is highlighted as the cover feature of the Aug. 17 issue of 'Current Biology.’ 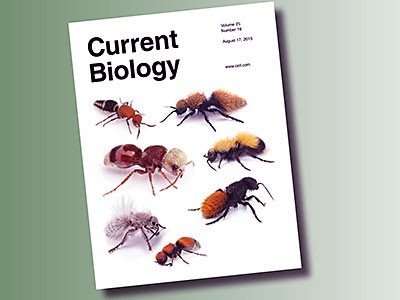