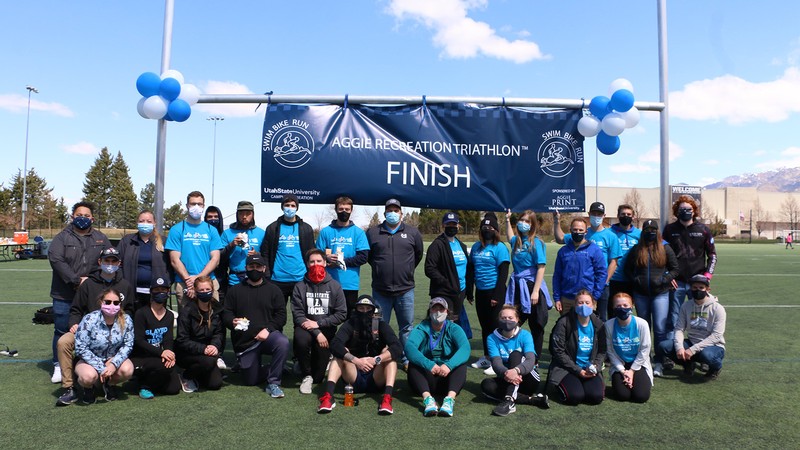 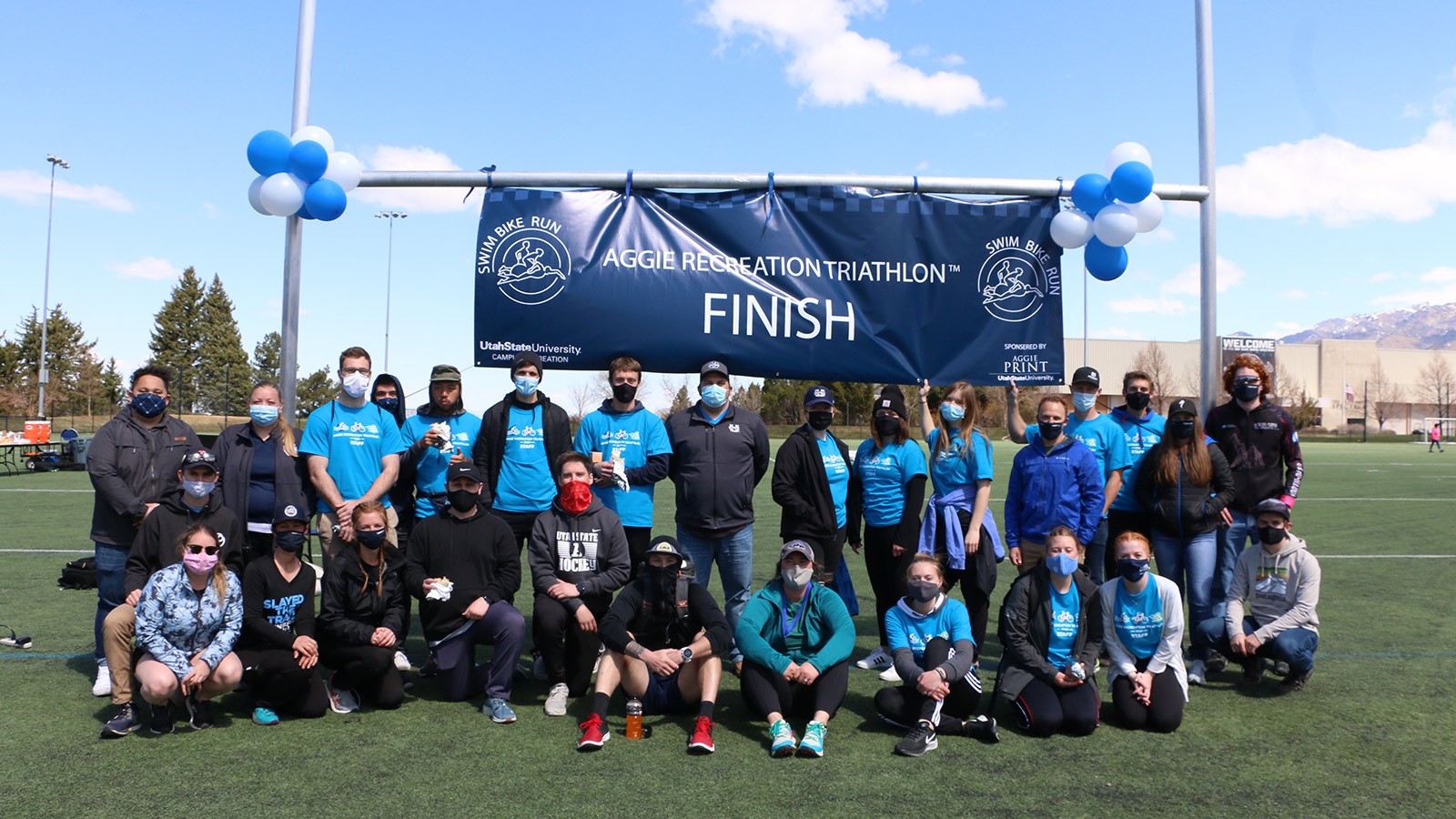 During “Dead Week,” which is the colloquial term for the week before finals week where the university does not permit major examinations to allow students to prepare for their final exams, Utah State University Campus Recreation hosted the First Annual Aggie Recreation Triathlon. The first-time event had students go through several athletic feats, allowing them to blow off steam and have a fun activity right before the final push to study for final exams. The event was open to all current USU students, faculty and staff.

86 participants competed in the event that took place on the USU main campus on April 17. The competitors participated in a 500-yard free swim, a 20-kilometer (12-mile) bike ride and finished with a 5 kilometer (3.1-mile) run. Utilizing features of campus, the free swim was 10 laps in the HPER pool. The next leg of the event was held on stationary bikes, set up outside in the Aggie Legacy Fields, with participants using the electronic sensors on the bikes to track their distances. The five-kilometer run took students through campus, ending back at the Legacy Fields. The event was split into four different waves, with waves starting at 7 a.m., 8 a.m., 9 a.m. and 10 a.m. This allowed for sanitation of bikes as well as allowing for social distancing during the entire event.

The event was well received by students, and participants commented on how well organized the event was, how much support they felt from volunteers and the great comradery that came from participants cheering each other on.

“The entire thing was so much fun!” one competitor said afterward in a participant survey. Another said, “It was really well organized. Everyone was so supportive, and I had a great time.” Said another, “It was great having an affordable triathlon option despite COVID.”

With the support of Student Involvement and Leadership, registration for the event was made free for students. The event was generously sponsored by several organizations, including USU Dining Services, USU Aggie Print, Student Involvement and Leadership, Freemotion, PLAE, BSN, G2G Bars, Great Harvest, Malouf, The Spirit Goat and Lee’s Market Place.

Students and staff members also volunteered to help with the event. About 40 workers helped keep the event moving, with a great showing from several club sports: Cycling, Powerlifting, Figure Skating and Men’s and Women’s Rugby club.

Campus Rec plans to make the triathlon an annual event during “No-Test Days” each spring semester. 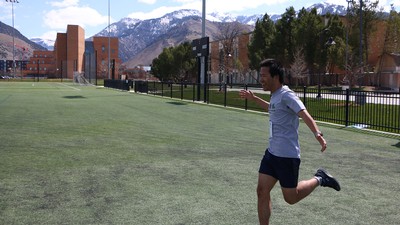 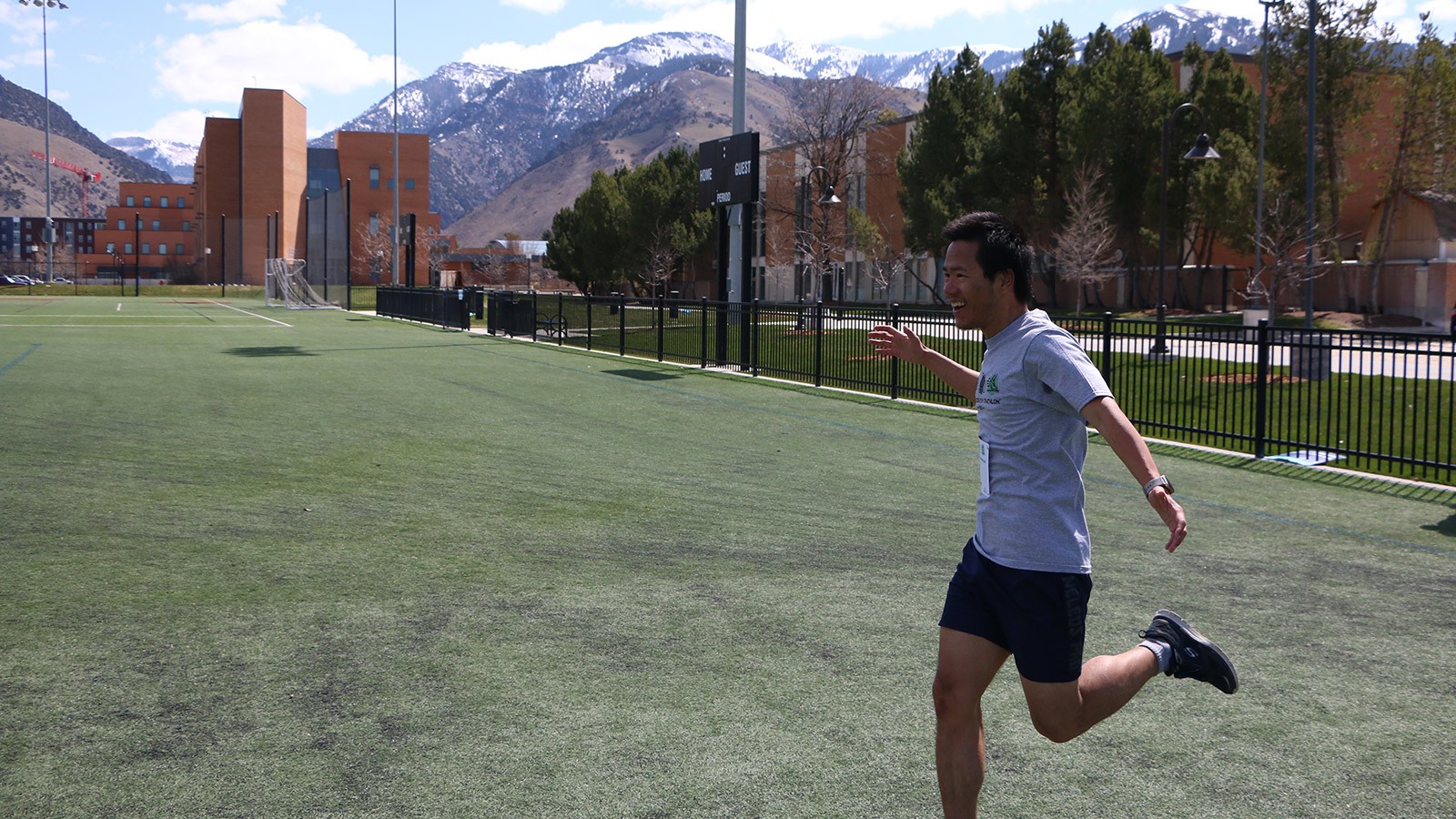 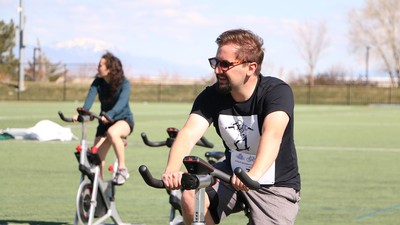 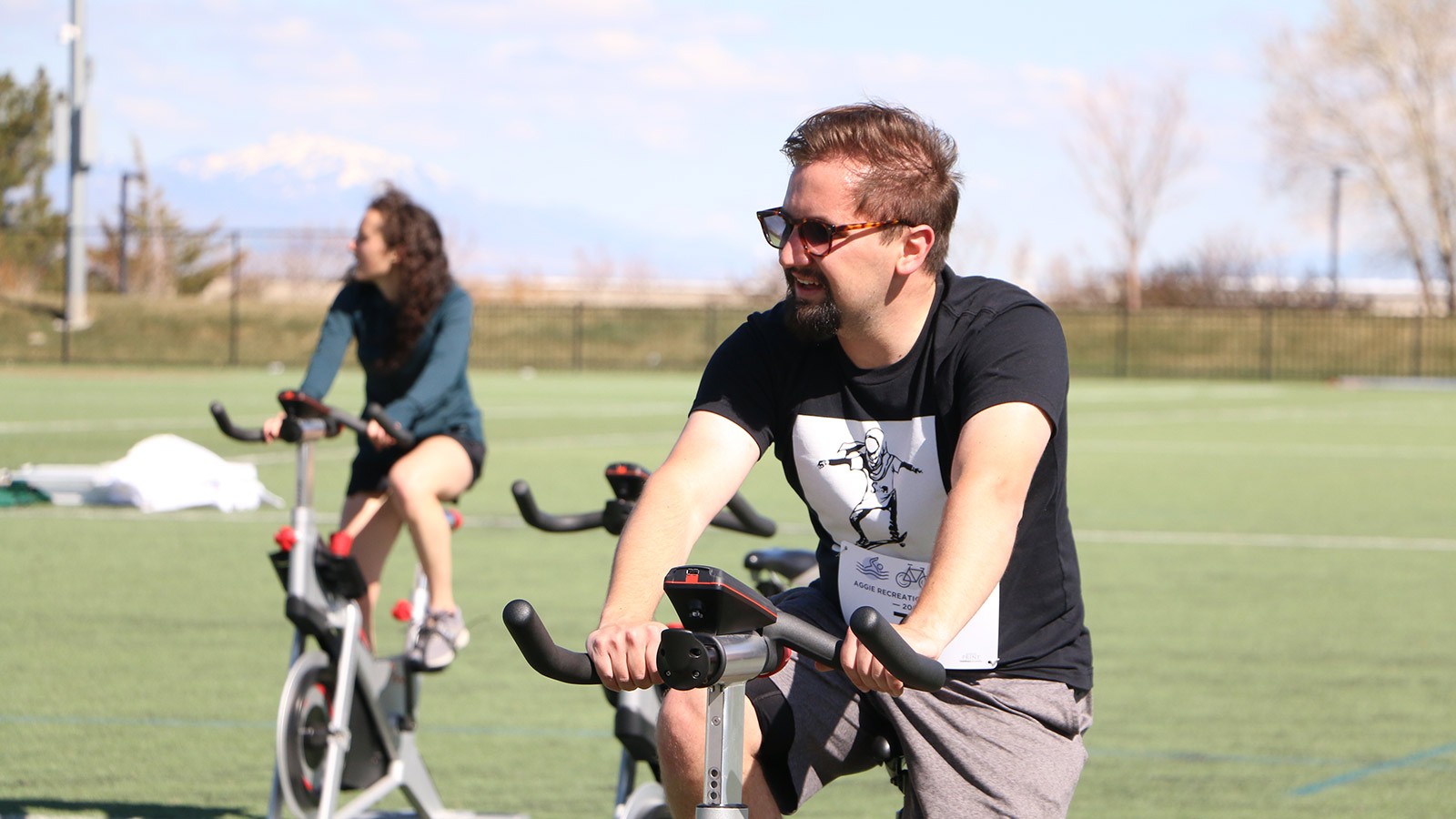 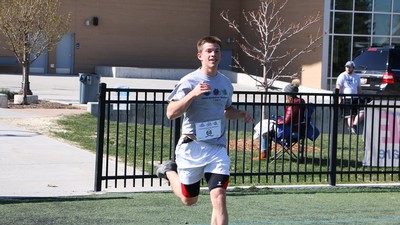 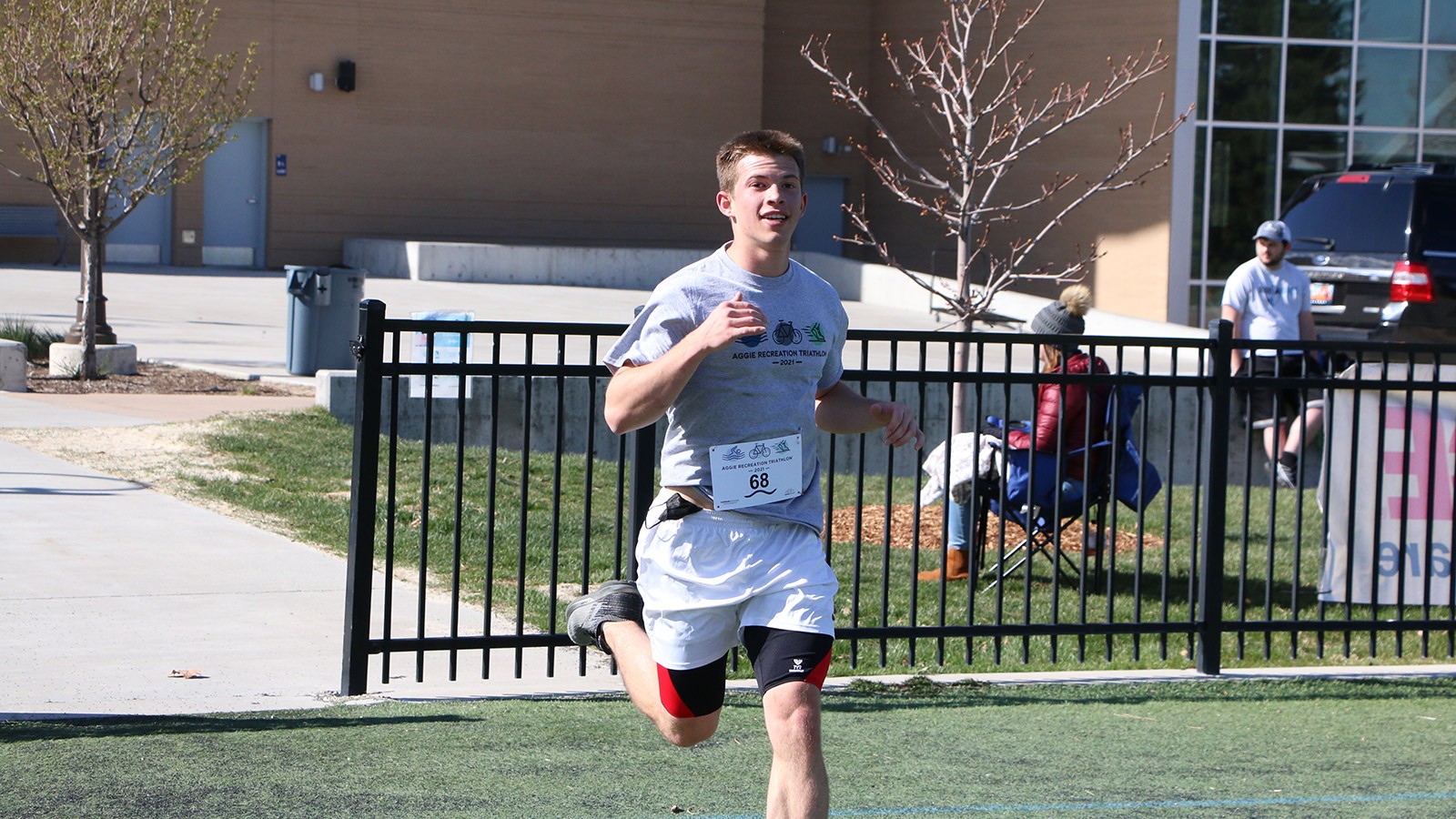 The CIGSR has collaborated with Statewide Campuses to facilitate its goals of supporting intersectional and interdisciplinary research by faculty and students. 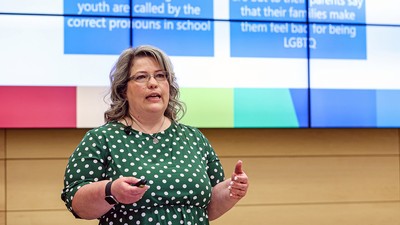 The atrium's naming recognizes just one of the many generous gifts alumnus Mehdi Heravi has given across many programs and departments at Utah State University and honors his father's love of agriculture and legacy of learning and teaching. 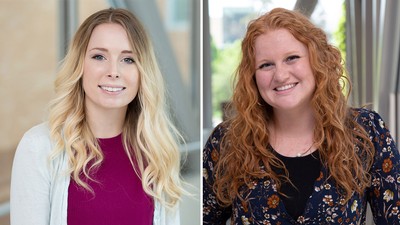