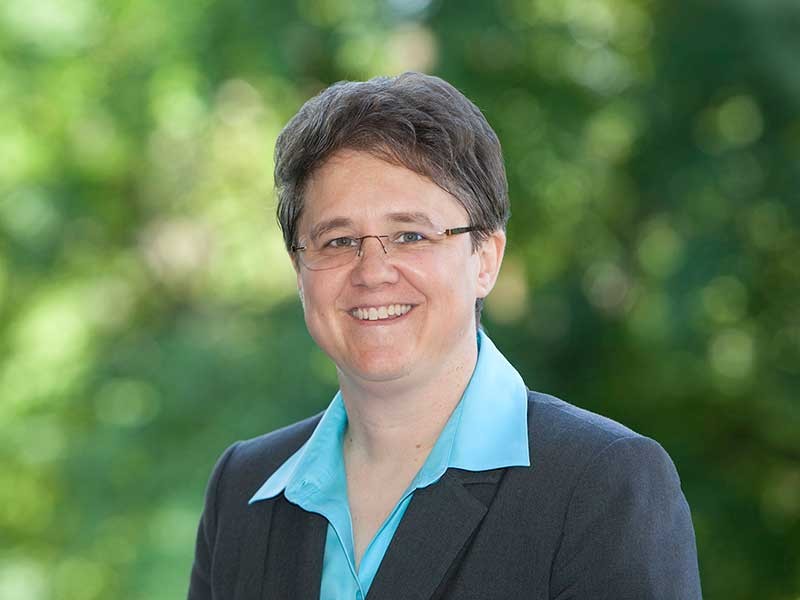 Lisa Berreau, USU's interim vice president for research, has been named a Fellow of the American Chemical Society, the world’s largest scientific society.

Utah State University professor Lisa Berreau, who serves as interim vice president for research, has been elected a Fellow of the American Chemical Society. Berreau is one of 70 scientists selected from an international pool of nominees for the 2019 class of the ACS, which identifies itself as the world’s largest scientific society.

Berreau, a faculty member in USU’s Department of Chemistry and Biochemistry, will be formally recognized during the 2019 ACS National Meeting and Expo to be held Aug. 25-29 in San Diego.

“We are thrilled to hear Lisa has received this prestigious and much-deserved recognition,” says USU Science Dean Maura Hagan. “She is an outstanding researcher, educator and administrator, who has worked tirelessly to advance science, along with educational and professional opportunities for students and colleagues.”

Berreau, who joined USU in 1998 and appointed in her current post in May, 2019, was named a Fellow of the American Association for the Advancement of Science in 2016. Earlier this year, she was named the 2019 Faculty Researcher of the Year for USU’s College of Science.

An inorganic chemist, Berreau is recognized for developing synthetic systems for examining biologically relevant non-redox and O2 activation chemistry involving first row metals, and for the development of flavonol-based carbon monoxide-releasing molecules. Her work investigates the role metal ions play in human health, the environment and catalysis. In addition to her administrative and research efforts, Berreau teaches and mentors a team of graduate and undergraduate students in research.

An active ACS member for 29 years, Berreau is co-organizer of a symposium on industrial careers in inorganic chemistry, serves as advisor for USU’s ACS student affiliate chapter and has served as treasurer of the American Chemical Society Division of Inorganic Chemistry since 2014.

Early in her USU career, Berreau received the prestigious National Science Foundation CAREER Research Fellowship. She is a Herman Frasch Foundation Fellow and, in 2006, was named Undergraduate Research Mentor of the Year for USU’s College of Science.

A native of Brewster, Minn., Berreau earned a bachelor’s degree from Mankato State University in 1990 and completed a doctorate from Iowa State University in 1994. She returned to her home state in 1995, where she served as a postdoctoral fellow at the University of Minnesota until 1998. At USU, she advanced to full professor in 2011 and served as interim dean for the College of Science from 2014-2015.

Founded in 1876 and chartered by the U.S. Congress, ACS has more than 150,000 members throughout the world. Its stated vision is “to improve people’s lives through the transforming power of chemistry.” 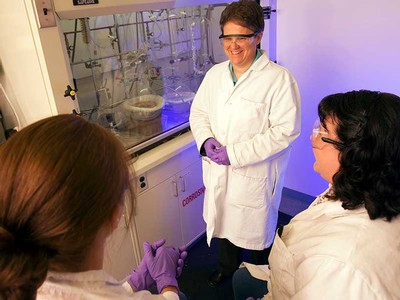 A professor in USU's Department of Chemistry and Biochemistry, Berreau leads an active research program, which includes mentorship of graduate and undergraduate students. 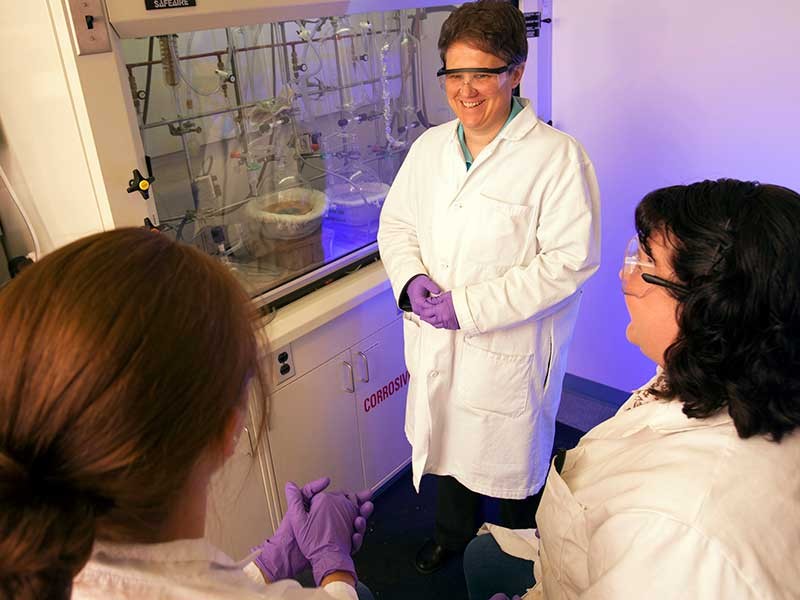