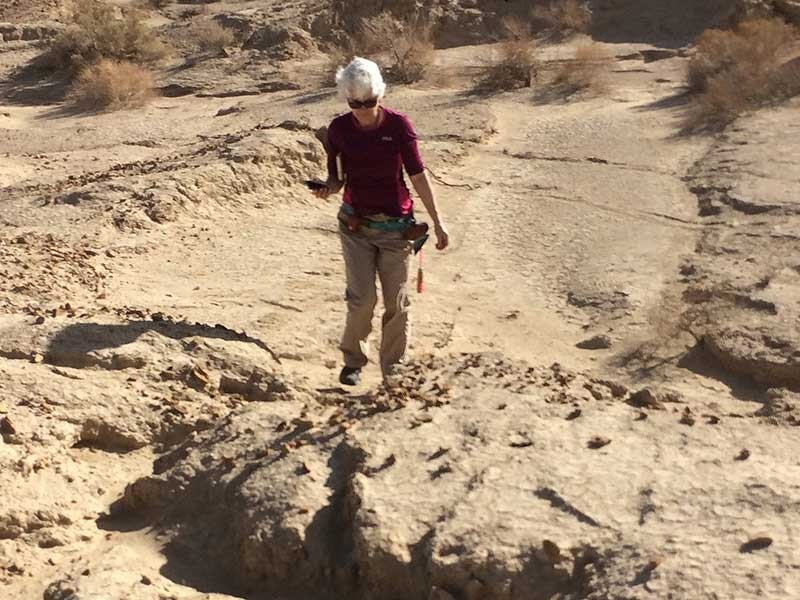 Back in 1905, the Colorado River, swollen with heavy rainfall and snowmelt, surged into a dry lake bed along California’s San Andreas Fault and formed the Salton Sea. The flood waters submerged most of the small town of Salton, along with nearby tribal lands. The inundation also covered a key, seismically active stretch of the San Andreas Fault’s southern tip in silt, hiding evidence of its potential volatility.

Utah State University geologist Susanne Jänecke began hypothesizing the location and geometry of the sediment-obscured fault zone more than a decade ago. After securing funding from the Southern California Earthquake Center in 2011, she, along with USU alum Dan Markowski (MS’16, Geology) and colleagues, embarked on the painstaking task of documenting the uplifted, highly folded and faulted area with geologic mapping and analysis.

The geologists’ persistence revealed a nearly 15.5-mile-long, sheared zone with two, nearly parallel master faults and hundreds of smaller, rung-like cross faults. Dubbed the “Durmid Ladder” by the team, the well-organized structure could be the site of the region’s next major earthquake. Jänecke, Markowski, USU colleague Jim Evans, Patricia Persaud of Louisiana State University and Miles Kenney of California’s Kenney GeoScience, reported findings in the June 19, 2018, online issue of Lithosphere, a publication of the Geological Society of America.

“We now have critical evidence about the possible nucleation site of the next major earthquake on the San Andreas Fault,” says Jänecke, professor in USU’s Department of Geology. “That possible nucleation site was thought to be a small area near Bombay Beach, California, but our work suggests there may be an additional, longer ‘fuse’ south of the Durmid Ladder within the 37-mile-long Brawley Seismic zone.”

Future earthquakes in that zone or near the San Andreas Fault could potentially trigger a cascade of earthquakes leading to the overdue major quake scientists expect along the southern San Andreas fault zone, she says.

“Fortunately, the northern continuation of the newly identified East Shoreline strand of the San Andreas Fault is farther away from major population centers than we first thought,” Jänecke says. “The fault lies along the eastern edge of Coachella Valley. In addition, the broken rock throughout the ladder structure could damped ground-shaking associated with the next large earthquake.”

On the other hand, she says the Durmid Ladder present an increase in the surface-rupture hazard in Durmid Hill and, if the Brawley Seismic Zone is involved, the next large earthquake might be slightly larger than scientists previously expected.

Among the tools Jänecke and her team used to identify the fault were high resolution aerial photography and false color imaging.
“Many months of fieldwork were critical to the research,” she says. “We relied on this imagery to integrate the field study into our map of the complex ladder structure.”

Geophysical imaging and drilling confirmed the northward extend and identified the tilted fault zone in the subsurface near Palm Springs.

“On the ground and to our eyes, all of the tan-colored sediment looks the same,” Jänecke says. “But further analysis with digital imaging tools highlighted the slight color differences of distinctive marker units.”

These markers, she says, allowed the team to recognize the hundreds of faults that displace the 3-0.2 million-year-old sedimentary rocks of the Durmid Ladder.

“The new maps and analysis revealed the ladder structure, which is a particular type of ‘step-over,’ where overlapping fault strands have many connecting cross faults,” Jänecke says. “It’s not clear now past earthquakes interacted with this structure and that makes its future behavior difficult to predict.”

Until now, the main trace of the San Andreas Fault has been the only well-studied active fault this area, she says. “We need further study of the Durmid Ladder, the East Shoreline Fault and other fault zones of this area to identify the potential for surface-faulting hazards, ground sharing and cascading ruptures, to determine how to mitigate the risk posed by these important structures.” 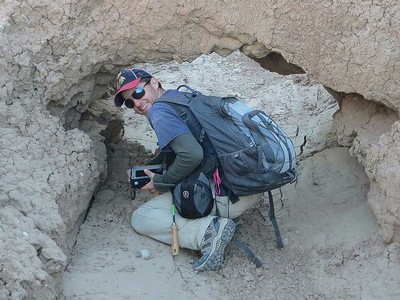 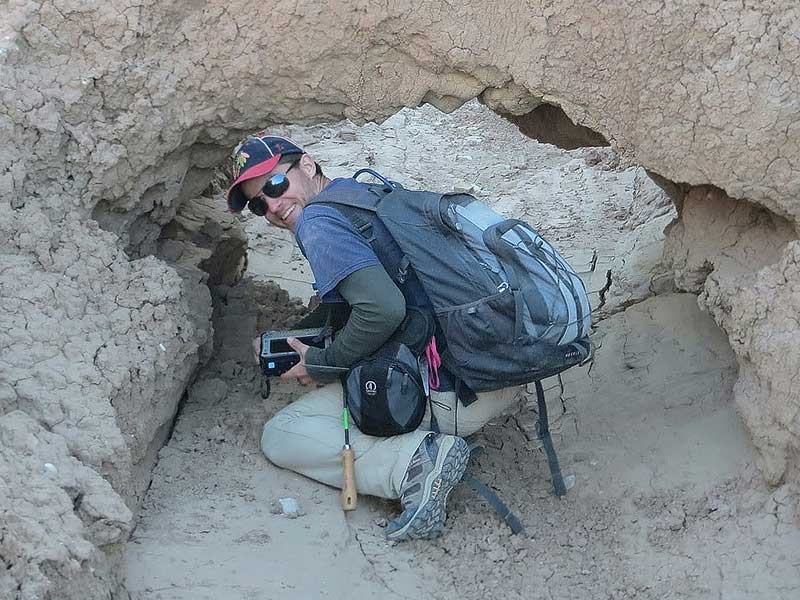 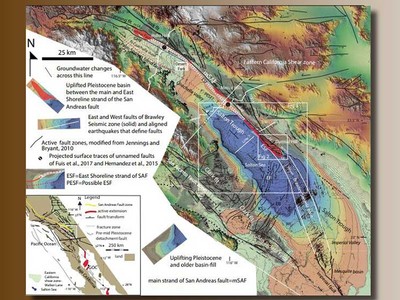 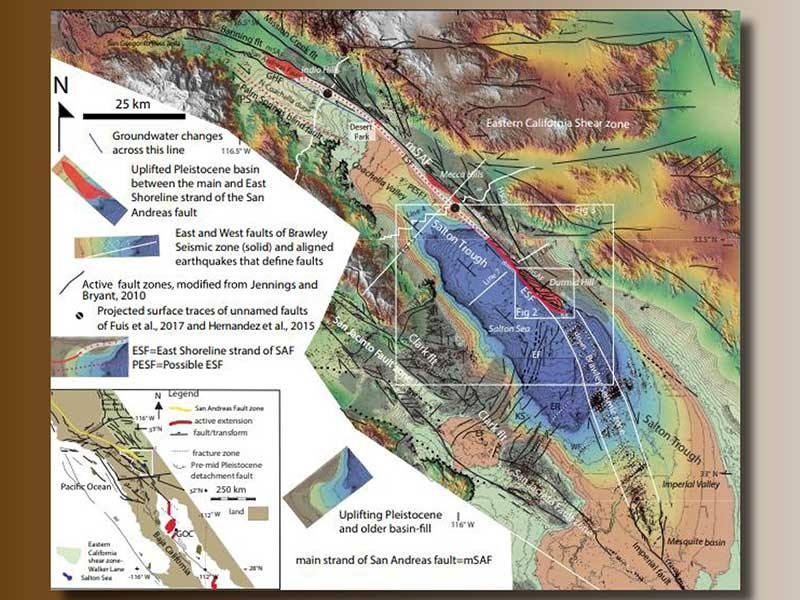