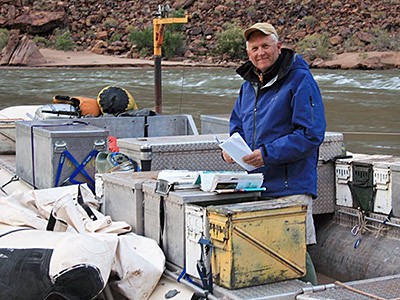 “The Colorado River’s water users -- that means more than 35 million of us living in the American Southwest -- face an uncertain future,” says Schmidt, professor in USU’s Department of Watershed Sciences and USU Ecology Center, who just completed a three-year stint as chief of the U.S. Geological Survey’s Grand Canyon Monitoring and Research Center in Flagstaff, Ariz.

Schmidt’s studies of the Colorado River date back to his grad school years. His 1987 doctoral dissertation provided a conceptual model of how the Colorado River’s sandbars were formed and maintained. The scientist testified before Congress during hearings focused on the Grand Canyon Protection Act and he was among a handful of advisors who conceived a series of high-flow experiments on the river. Controlled floods, funded by the U.S. Department of the Interior and conducted in 1996, 2004, 2008 and 2012 from Glen Canyon Dam, and in 2014 from Morelos Dam, were attempts to emulate spring floods and restore altered ecosystems.

Schmidt says the ability of water providers to withstand the demands and challenges placed on the beleaguered river is diminishing.

“The major water supply ‘buffers’ -- especially reservoir storage and groundwater reserves -- are depleted,” he says. “While notable and hard-fought policy reforms and studies have been completed in recent years, few have addressed the underlying management struggles and have simply bought us time.”

Schmidt says the CRRG seeks interdisciplinary solutions that are flexible and, thus, can be quickly implemented.

“System-wide supply augmentation, such as desalination, isn’t cost-effective or realistic,” he says. “It can’t be implemented quickly enough. Our focus should be on limiting demand and reallocating water.”

“Everyone who’s benefited from the river has a responsibility to conserve water. No one should expect a free pass.” 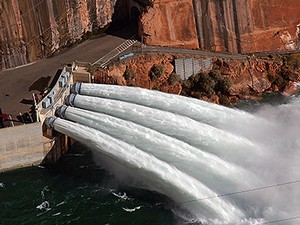 Schmidt contributed to a series of high-flow experiments, conducted in 1996, 2004, 2008 and 2012 from Glen Canyon Dam, and in 2014 from Morelos Dam, aimed at restoring altered ecosystems on the Colorado River. Photo by Anne Phillips/USGS. 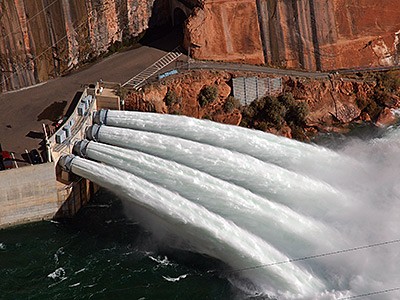 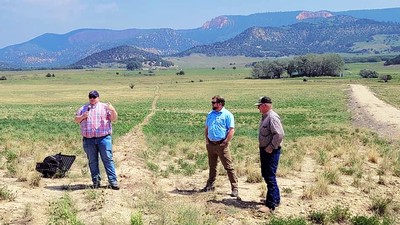 It was the second statewide trails and waterways volunteer cleanup event, bringing together local governments, nonprofit organizations and volunteers to remove garbage from public lands and near waterways to improve water quality.