Rising from the remote highlands of northeastern Scotland, the River Feshie flows eastward, then turns sharply northwest dropping streams like strands of an undulating tassel into the larger River Spey.

Cited as one of Britain’s most important study sites for active channel and landform change, the river has long been an area of research focus for Utah State University geomorphologist Joe Wheaton. The scientist has studied the river since his days as a graduate student at the United Kingdom’s University of Southampton, where he completed a doctoral degree in 2008.

“For more than three decades, scientists have attempted to construct computer models to explain how rivers change through time, but these models keep falling short,” says Wheaton, assistant professor in USU’s Department of Watershed Sciences and USU Ecology Center. “Using data from the River Feshie and other study sites, our team is developing a simpler, more straightforward method of morphodynamic modeling.”

With USU doctoral student Alan Kasprak and collaborators James Brasington of Queen Mary University of London, David Sear and Steve Darby of the University of Southampton and Damiá Vericat of Spain’s University of Lleida, Wheaton published novel research on so-called braided rivers — highly dynamic, multi-channeled waterways like the River Feshie — in the May 22, 2013, issue of the AGU’s Journal of Geophysical Research: Earth Surface. The National Science Foundation-funded research was selected as an AGU “Journal Highlight” and is profiled in the June 6, 2013, issue of Eos, the AGU’s member newspaper.

“What makes our research a breakthrough is it’s the first high resolution field test of the causal mechanisms for maintaining braided rivers,” Wheaton says.

Braided rivers feature continuously changing, intertwined channels with high rates of sediment production that support a diverse ecology. Such rivers, often indicative of glacial runoff, dominate the geographical record prior to the development of plants.

“We used high resolution repeat topographic survey analysis to link the mechanisms creating braiding to sediment stored and lost within the river channel,” Wheaton says. “We determined bank erosion is as important as, or more important, than previously identified mechanisms in the evolution of braided rivers.”

“These findings have important implications, as we consider the effects of human-made diversions such as dams and hydropower plants on braided rivers, as well as effects resulting from climate and land use changes,” Wheaton says. 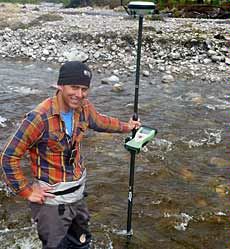 Alan Kasprak, USU doctoral student in watershed science, collects data on the River Freshie in Scotland as part of an NSF-funded study led by his faculty mentor Joe Wheaton. 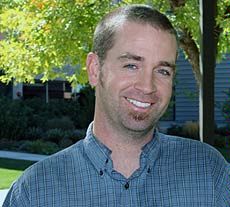 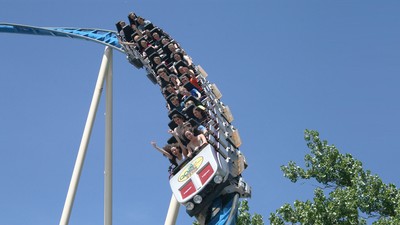 Martini's expertise is in physicochemical and sensory characterization of foods. 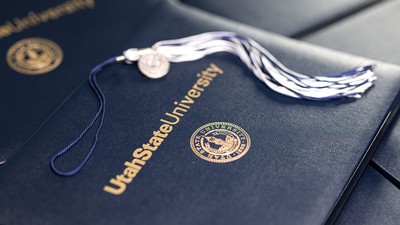 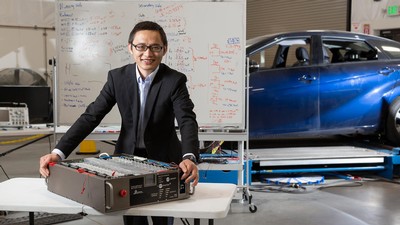 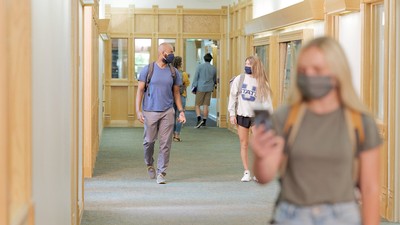