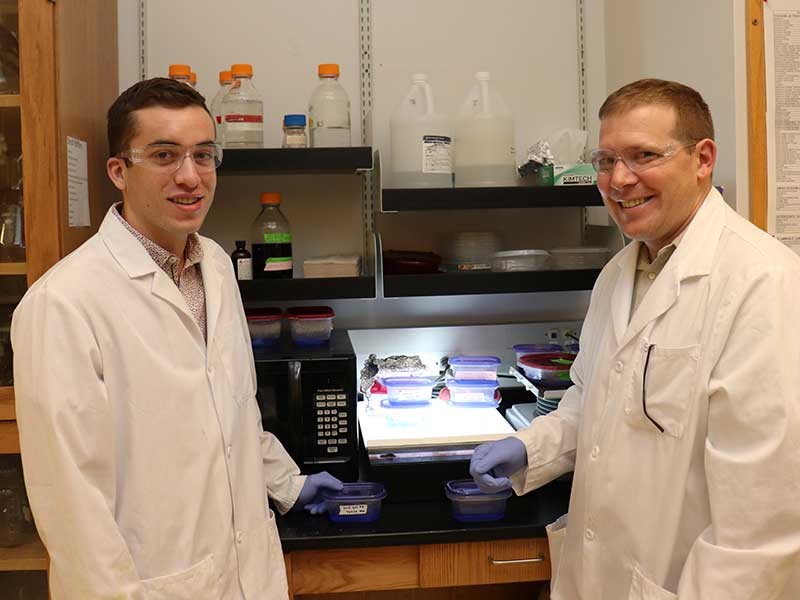 “Many think of it as a tool for editing DNA and correctly see its potential for curing diseases,” he says. “Simply put, CRISPR is an immune system found in bacteria.”

And, yes, certain CRISPR-based immune systems, such as “CRISPR-Cas9,” which stands for “Clustered Regularly Interspaced Short Palindromic Repeats/CRISPR associated protein 9,” are simple, yet powerful genome editors. Bacteria use CRISPR systems as a defense to chop up the DNA of invading, bacteria-killing viruses.

With faculty mentor Ryan Jackson, assistant professor in USU’s Department of Chemistry and Biochemistry, Armbrust is exploring a little-known type of CRISPR. The Honors student is among about 30 Aggie scholars selected to present research to state legislators at 2019 Undergraduate Research Day Tuesday, March 5, on Utah’s Capitol Hill. The annual Salt Lake City event highlights the importance of research in undergraduate education.

Armbrust’s research won’t cure cancer – at least, not yet.

“We’re investigating the structure and function of two different CRISPR proteins,” he says. “We’re examining their roles, how they’re structured and how they behave.”

“We have to walk before we run,” Jackson says. “Basic research, like Matt is pursuing, is so critical, but not always understood. Knowledge gained at this level, that no one yet knows, lays the foundation for breakthrough discoveries.”

An aim of CRISPR research, the USU researchers say, is to eventually harness its ability to target specific genes, including those that cause genetic diseases such as sickle cell anemia and cystic fibrosis, as well as viruses like HIV and influenza.

“My growth as a scholar and as a scientist has been dependent on the time I’ve spent and the experience I’ve gained in the lab,” says the Carlsbad, California native and USU Dean’s Scholarship recipient.

Jackson, an Aggie alum who earned his bachelor’s and doctoral degrees from Utah State, links his own progress to time spent as an undergraduate researcher.

“My path to science began as an undergrad and I’m trying to pay it forward by mentoring others,” he says. “Had it not been for faculty and others who encouraged me, I wouldn’t be here.” 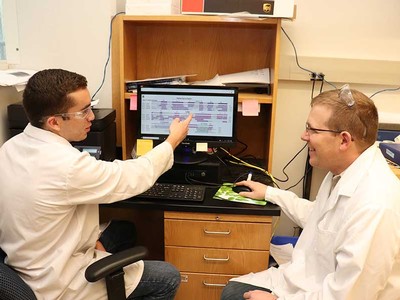 Honors student Matt Armbrust, left, with faculty mentor Ryan Jackson, is studying a little-known type of CRISPR, an immune system found in bacteria. The California native is an aspiring physician. 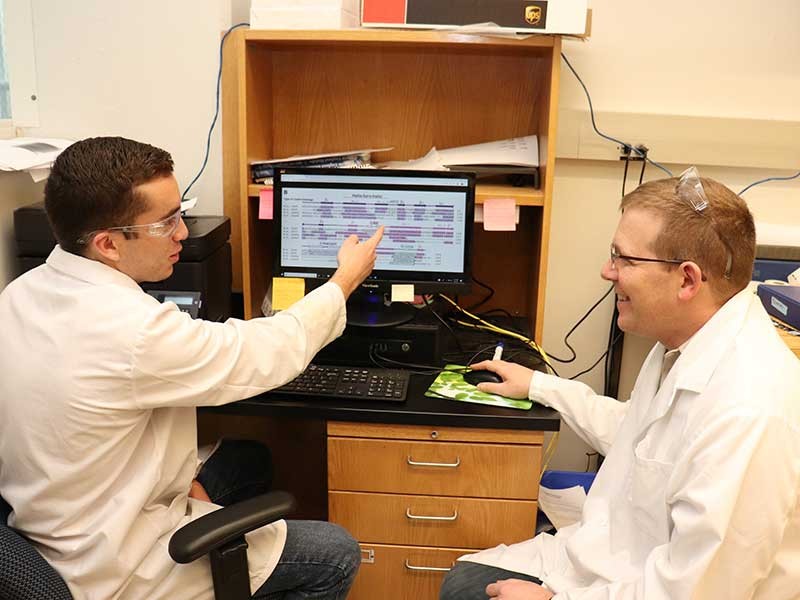