Beginning Monday, Jan. 9, UPR will air a locally-produced newscast every evening at 5:30 p.m.

“Utah is in need of a serious, dedicated radio news outlet, and we can provide that,” said UPR General Manager Victor Hogstrom. “Expanding our news coverage is just one way we can better serve Utah citizens and empower our listeners to participate in the development of this great state. In light of that, we are rebranding ourselves as Utah’s premier public radio news and classical music network.”

While the station already delivers short news casts in the mornings and evenings, the 5:30 p.m. news will run five and a half minutes and will include all the top news for the day, in addition to any breaking news.

“We want this to be the place listeners come to at the end of the day to catch up on all the goings-on in Utah,” Hogstrom said.

UPR Program Director Tom Williams said the decision comes as the station re-evaluates its strengths and the needs of its listeners.

“Part of UPR’s mission is to provide the news,” Williams said. “This is an effort to step up our coverage, both in terms of depth and reach.”

Since 2010, UPR has expanded its news staff to include additional reporters, five news stringers from across the state and three news interns who study at Utah State University. Stringers are based in southern Utah, south-central Utah, the Uintah Basin, the Wasatch Front and northern Utah.

In addition to expanding its daily news coverage, UPR will provide extensive coverage of Utah’s 2012 legislative session for the second year in a row.

Utah Public Radio is Utah’s oldest public radio service and a member of National Public Radio. With a network of five full-power, HD-enhanced stations and 30 translators, UPR’s coverage area includes more than half of Utah’s population. For a complete list of areas served and where to listen, please visit upr.org and click on “Where to Listen.”

Chenette will deliver a lecture titled "Listening to Dissonance" via Zoom on Wednesday, Nov. 3, from 3:30-4:30 p.m., followed by a live Q&A. 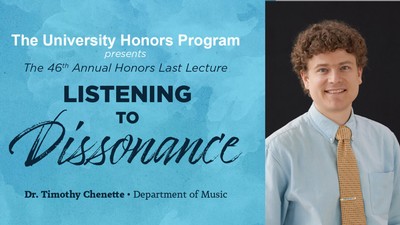 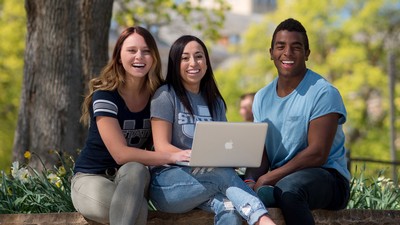