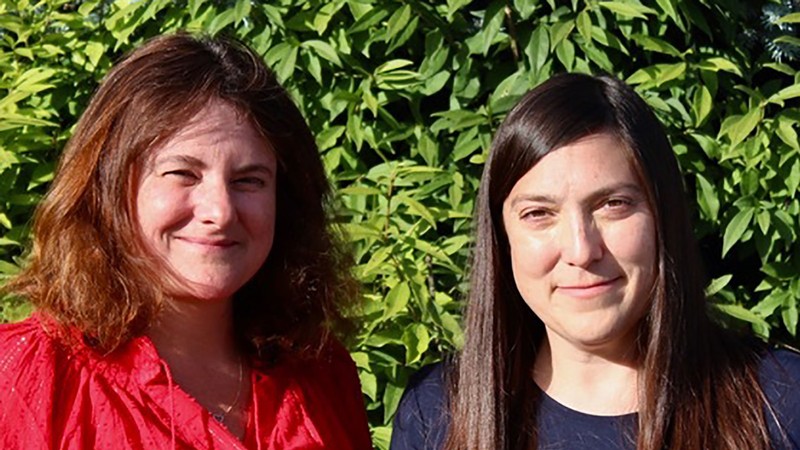 Christa Jones (left) teaches a broad range of courses in French and francophone culture, ranging from Business French to French chanson, to francophone short stories, and fairy tales. Sarah Gordon's research focuses on food, medicine, and literature in medieval culture. With her interests in humor and food, she wrote a book on Culinary Comedy in Medieval French Literature (2007). 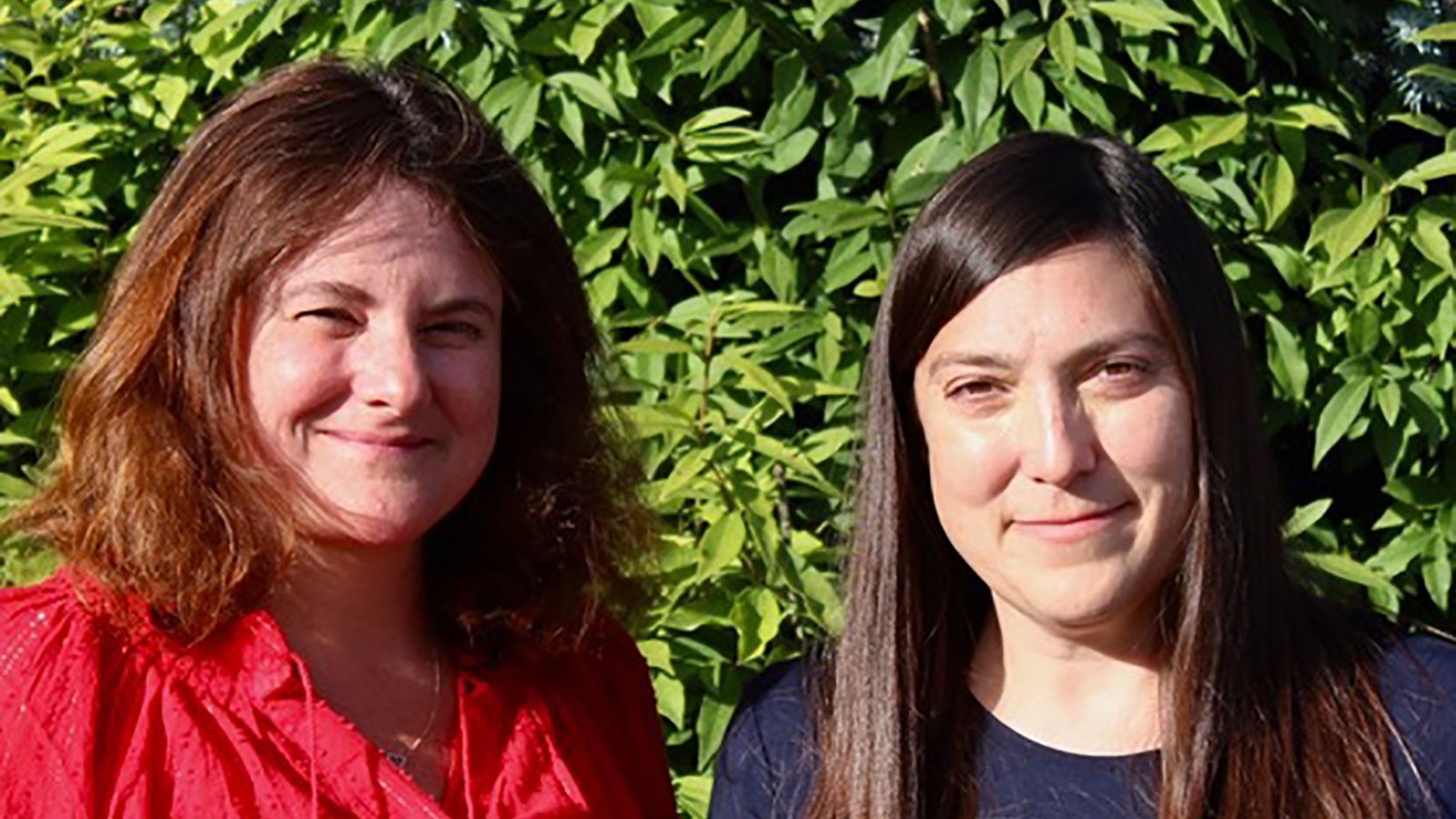 Thelma Fogelberg was born in 1901 to Vendla Berntson, the first student to enroll in the newly established Agricultural College of Utah (ACU), and Sven Wilhelm Fogelberg a professor of music at the ACU.

Thelma became accomplished in piano and violin along with her siblings. She and her brother Neptune (USU 1927) gave concerts and recitals throughout the area. She entered ACU in 1917 as a music student. In 1920, her typing teacher left, and Thelma was asked to take her place. She took the position, and it was almost a decade before she finished her own degree in English and French (1929). She went on to earn her master’s in French from the University of Southern California in 1934. She is listed in the 1938 catalog as assistant professor of Business Administration and Modern Languages.

She left for Europe to study piano at the university at Nancy, France and then earn her doctorate in French literature at the Sorbonne, University of Paris. What appears to be her dissertation "La Langue et le style de Paul Adam" was published in 1939. She contributed an essay to the March 1936 Utah State Quarterly on “Life at a French University.” She notes that the American student who “loves the excitement of the football season, the thrilling spectacle of spring track meets, and the enjoyment of social functions” will find life at a French university “devoid of everything colorful and stimulating. But those who love work for work’s sake, . . . will find so much glamour and interest there that even the dust on the windows, the ill-ventilated classrooms, and the hard benches become so unimportant as to be forgotten.” The “studiously inclined” will find the freedom from social obligations invigorating.

Dr. Fogelberg taught both French and Spanish and was the chair of the college lyceum program. In 1938, for the college’s 50th anniversary, she was the only woman invited to participate in the program as she was the daughter of its first student, Vendla Berntson; she played a piano solo. She retired in 1971 after teaching 50 years at the college. In 1974, she was honored with an Alumni Merit Citation.

Dr. Fogelberg spent several summers in France and knew and loved the country, willingly sharing observations of France and the French people with her students and the community. She never married and lived out the last part of her life at Sunshine Terrace in Logan. She passed away in 1989, the same year as fellow alum May Swenson, and is buried near her parents in the Logan City Cemetery.

Dr. Fogelberg understood from first-hand experience the transformative power of living and studying in another country. Students who study abroad immerse themselves in different cultures and languages, gain global perspectives, and make new friends and lifelong memories. In recent decades, USU faculty-led Study Abroad programs have taken groups of USU students to experience French language and culture through immersion in daily life in Paris, Annecy in the Alps, Perpignan near the Mediterranean, and Antibes on the French Riviera.

The French faculty delights in immersing their students in French language and culture. Sarah Gordon enjoyed taking a break with USU students to visit castles or hike and sail around the Lac d’Annecy. Dr. Gordon came to USU in 2002. She obtained her master’s in European literature at Oxford University and then studied at the École Normale Supérieure and taught in France. She was a restaurant critic in Paris and lived on the francophone island country of New Caledonia before making her home in Utah. Dr. Gordon’s research focuses on food, medicine, and literature in medieval culture. With her interests in humor and food, she wrote a book on Culinary Comedy in Medieval French Literature (2007). She teaches courses in French language and literature, French cinema, medieval culture, and more recently in health humanities. Gordon enjoys mentoring future language teachers and is co-director of the Master’s in Second Language Teaching program.

A French-German national by birth and naturalized U.S. citizen, Christa Jones came to USU in 2008. Professor Jones was a translations editor in the UK and a financial news journalist in Germany and Switzerland prior to joining the faculty. Dr. Jones shared cooking classes and visits to sites like Carcassonne in France with USU students. She teaches a broad range of courses in French and francophone culture, ranging from Business French to French chanson, to francophone short stories, and fairy tales. She has traveled widely and is interested in French and North African culture. Jones wrote a book on Cave Culture in Maghrebi Literature (2012), coedited New Approaches to Teaching Folk and Fairy Tales (2016) with USU colleague Claudia Schwabe, and coedited special issues for Dalhousie French Studies (2014) and CELAAN Review (2017), for which she interviewed Algerian filmmaker Merzak Allouache. Dr. Jones speaks French, German, and English, as do her two children. Her daughter participated in the Rotary exchange program in Spain and her son attends the Utah public schools K-12 French Dual Immersion Program.

Sarah Gordon and Christa Jones both earned their PhDs in French at Washington University in St. Louis and both value travel and the importance of the study abroad experience. 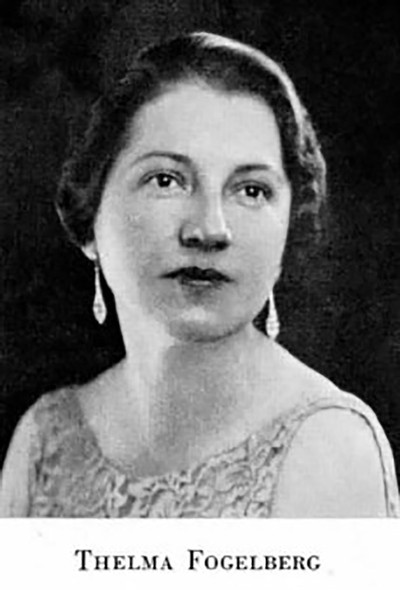 Thelma Fogelberg taught both French and Spanish and was the chair of the college lyceum program. She retired in 1971 after teaching 50 years at the college. 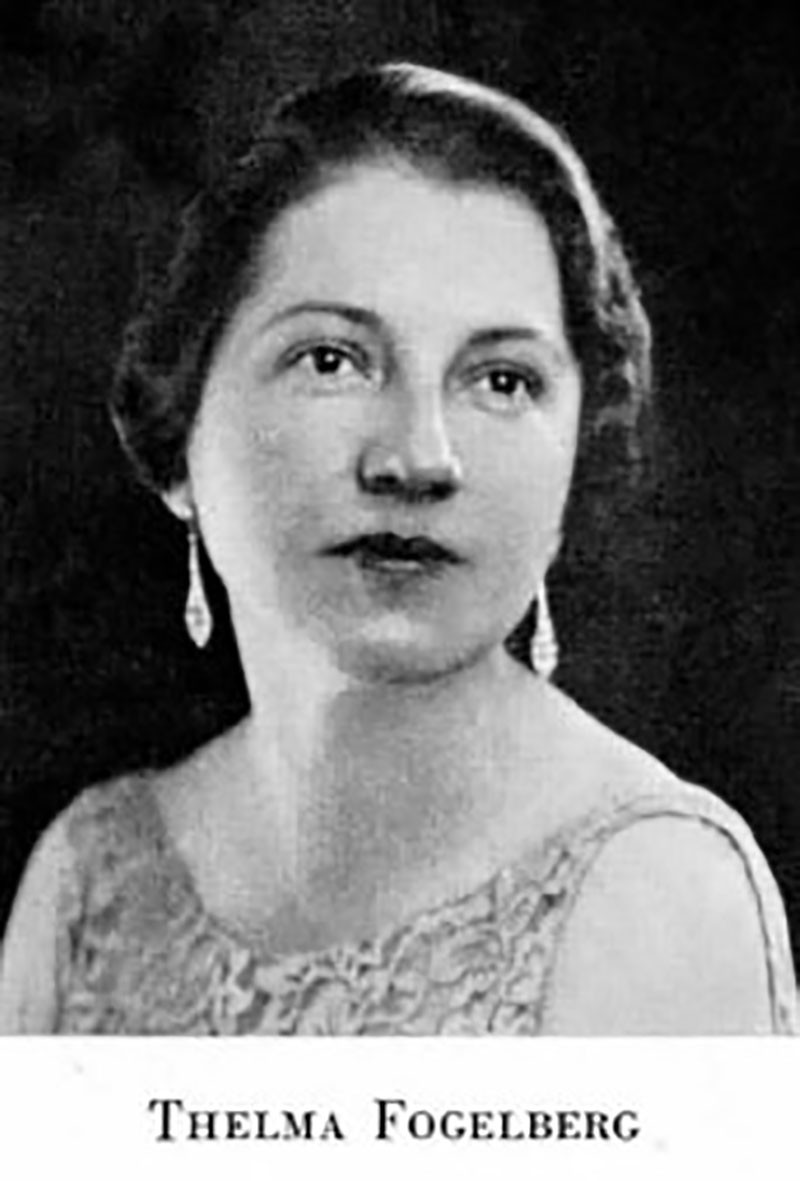 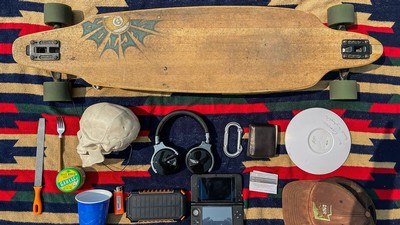 Julius Caesar, written by William Shakespeare and directed by assistant professor in the Caine College of the Arts, Michael Shipley, opens at 7:30 p.m., Tuesday, Oct. 19, in the Morgan Theatre at the Chase Fine Arts Center on USU's campus.