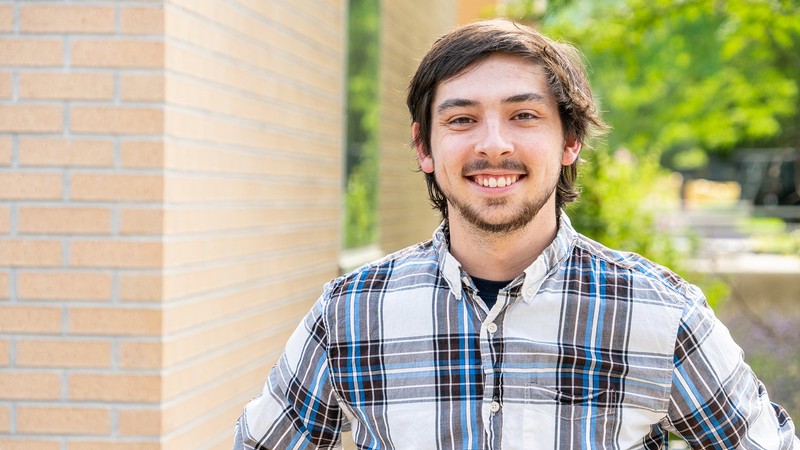 David Suisse is an undergraduate student and researcher at Utah State University; he is majoring in global communications. Suisse does research with Amita Kaundal in the Department of Plants, Soils, and Climate Science as well as with Sydney O'Shay and Kaitlin Phillips in the Department of Communication Studies. Photo taken by Wyatt Archer. 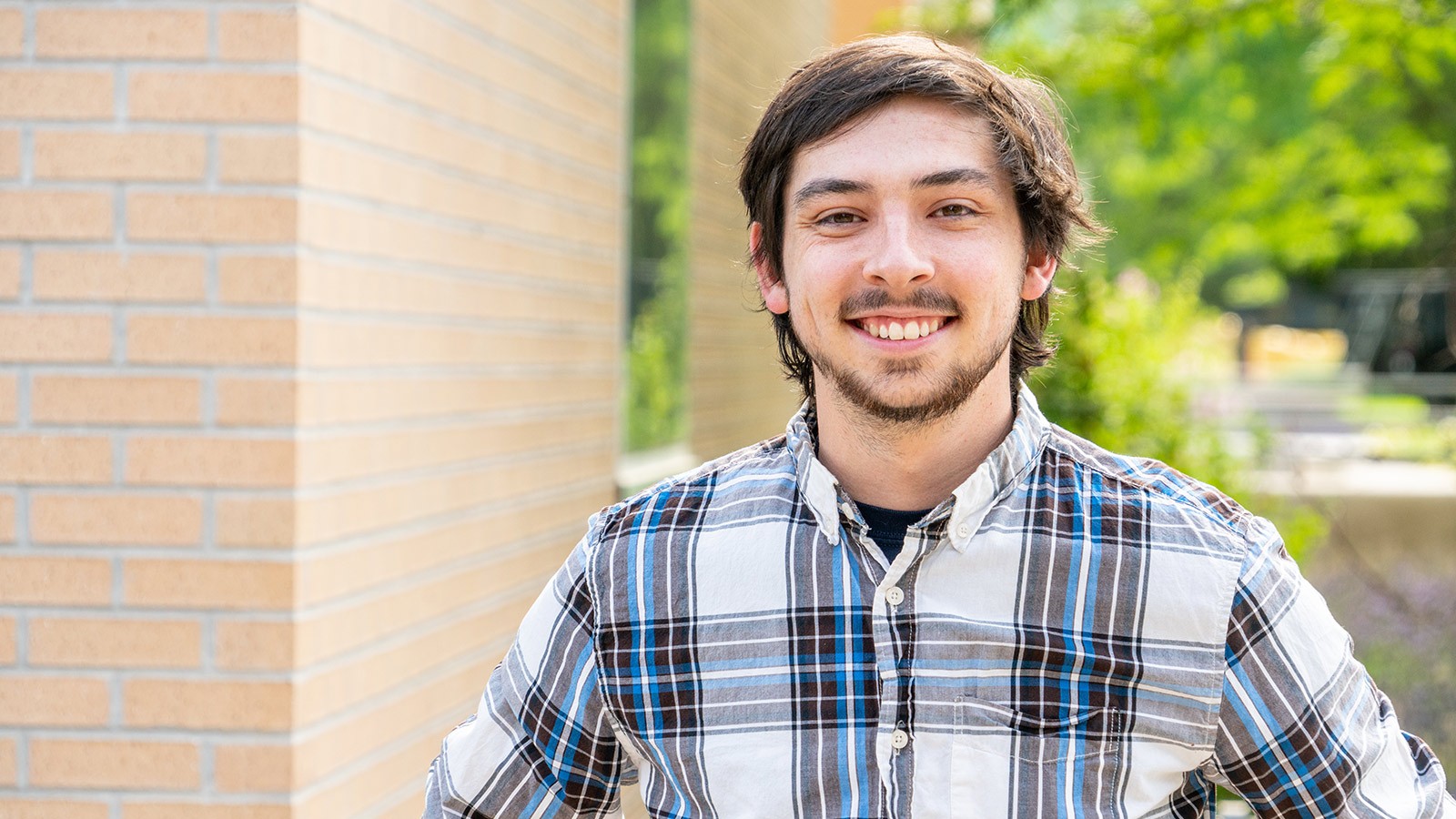 “We found that sagebrush is actually really effective at keeping the bacteria from growing, which means that there is something in the sagebrush that kills germs,” said Suisse. “It’s actually more effective than some of the antibiotics we are using.”

Suisse and his wife, Kayla Suisse, presented their research on the antibiotic effects of sagebrush at the Utah State Capitol for legislators and to Senator Mitt Romney’s office earlier this year.

The point is to inform officials of the possibility of developing sagebrush into a new antibiotic, at a time when bacteria is becoming more resistant to other forms of antibiotics in the human population, explained Suisse.

Utah State has one the highest-ranking undergraduate research programs in the country, which enhances undergraduate educational experiences such as David and Kayla Suisse’s. They work together in the lab of Amita Kaundal, assistant professor in the Department of Plants, Soils, and Climate Science.

According to Suisse, the job comes with “a lot of squishing and crushing and mixing with liquids.''

With his mentors, Sydney O’Shay and Kaitlin Phillips, Suisse is creating and administrating a survey that will help medical professionals provide better care to those with mental health concerns.

“If you like something, then get involved with it early,” advises Suisse to other undergraduates, “That will help shape your degree.” Suisse also says that undergraduate research for Utah State has been “awesome” and “defining” for his own degree.