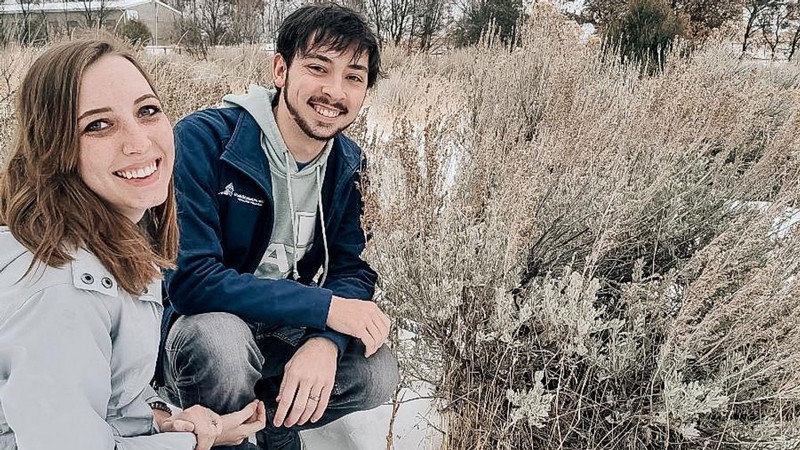 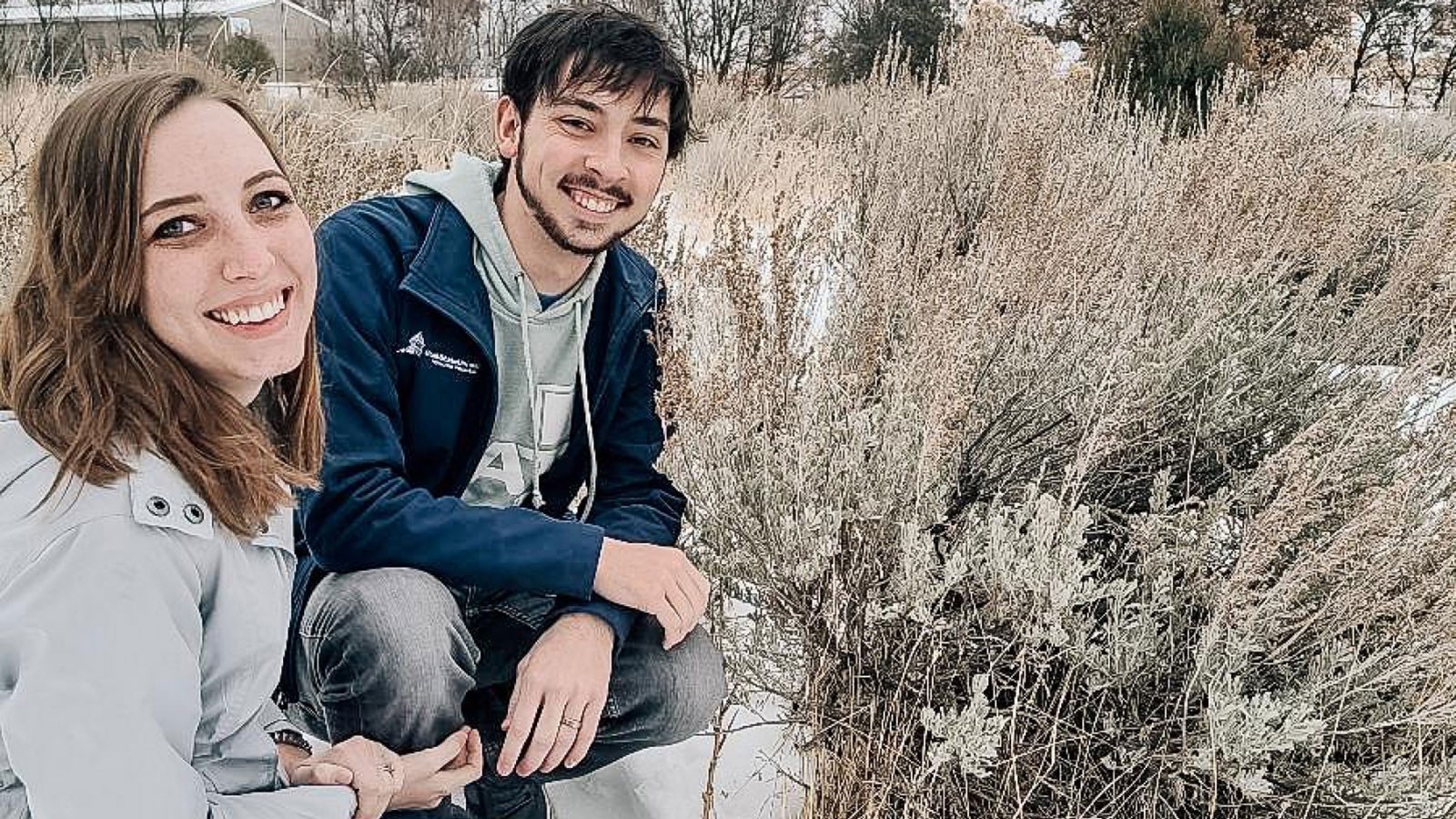 True-blooded Aggies love the spot where the sagebrush grows and they may have reasons to love it even more, say Utah State University undergraduate researchers David Suisse and Kayla Wasden Suisse.

“The sagebrush species Artemisia tridentata, also known as ‘Big Sagebrush,’ secretes chemicals that kill pathogenic microbes,” says Wasden Suisse, a biology major. “We’re studying the antimicrobial activities of the plant’s leaves, stems, roots and flowers, which could further efforts to identify and characterize the secondary metabolites involved in this process and lead to new insights on antibiotics and other pharmaceuticals.”

The married couple, both participants in the USU Honors Program, is among nine USU undergraduates, who’ll present their work to state legislators in group Zoom calls Tuesday, Feb. 2, as part of Utah’s 2021 Undergraduate Research Day on Utah’s Capitol Hill.

Initiated by USU in 2000, the annual event is designed to showcase the importance of research in undergraduate education. Pandemic restrictions this year preclude the usual in-person gathering in the Capitol rotunda, where three times as many student presenters set up research posters and mingle with lawmakers and visitors.

Wasden Suisse and Suisse’s study of the sagebrush was their first foray into field research, which they’re conducting with faculty mentor Amita Kaundal, assistant professor in USU’s Department of Plants, Soils and Climate.

“We’d spent about a year volunteering in the Plant Science Lab, doing gene editing,” says Suisse, a global communications major, who was awarded a 2020 USU Undergraduate Research and Creative Opportunities (URCO) grant to support the research project. “So, when Dr. Kaundel invited us to join in collecting plant samples along the Wind Caves trail in Logan Canyon, we jumped at the chance.”

During the hike, which involved lugging a heavy cooler with research equipment, the undergrads noticed the sagebrush and began discussing it with Kaundal and brainstorming ideas for their project.

“We later noticed the sagebrush in our wedding photos, taken in Cache Valley’s Green Canyon,” says Wasden Suisse, a Twin Falls, Idaho native and 2016 graduate of Twin Falls High School. “Of course, I’d grown up around sagebrush, but never gave a lot of thought to its medicinal value.”

Upon further study, she learned Native Americans in the Intermountain West have long used Artemisia tridentata to treat such ailments as stomach pain, colds, coughs, eye irritation and snake bites, as well as an insect repellant.

“Imagine, we have this native plant growing in our own backyard and it could provide a healthy, natural alternative to current antibiotics, which are becoming increasingly resistant to common bacteria,” says Wasden Suisse, who plans a research career.

Enriching their research experience, the couple says, has been their participation in USU’s Center for Anticipatory Intelligence.

“You might not immediately think of antibiotics and their role in national security, but it’s a shorter leap that you would imagine,” says Suisse, a North Ogden, Utah native and aspiring physician, who is pursuing minors in biology and chemistry. “I’m a big believer in combining science with the humanities. Being part of the Center for Anticipatory Intelligence has enabled us to share ideas with peers from all different disciplines. It’s been a great learning experience.”

On the science side, Wasden Suisse says the pair has tackled a challenging learning curve in collecting specimens, distilling the antimicrobial chemicals and testing their efficacy.

“We’d basically making essential oils and we’ve gone through lots of trial and error,” she says. “Our mentor, Dr. Kaundal, is so supportive of our mistakes. She often says, ‘With each step, you will learn.’” 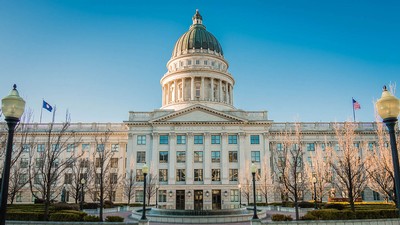 Honors students Kayla Wasden Suisse and David Suisse are among Aggies participating in Utah's 2021 Undergraduate Research Day on Capitol Hill Feb. 2. Due to pandemic restrictions, the annual event will be held virtually. Courtesy State of Utah. 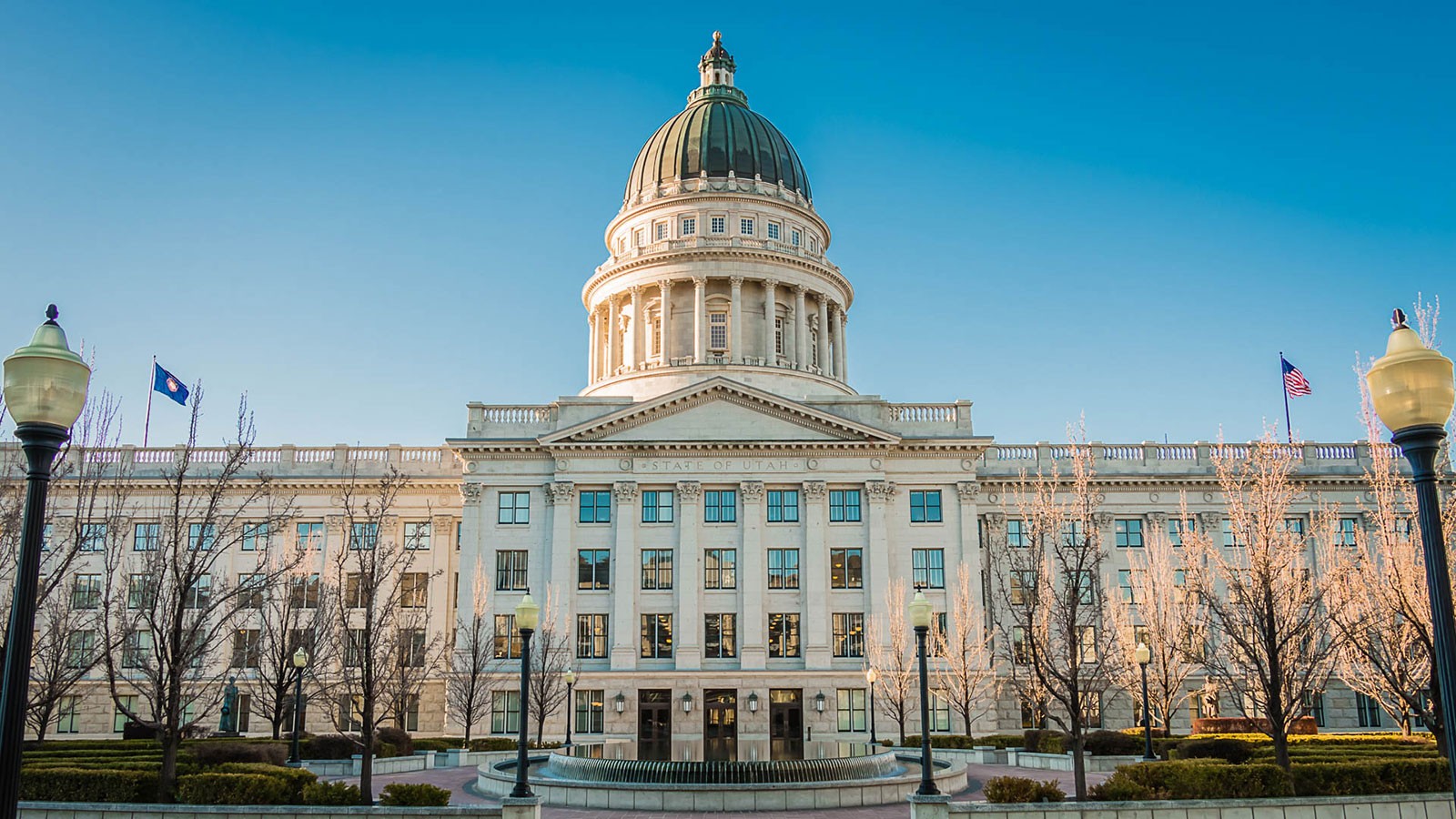