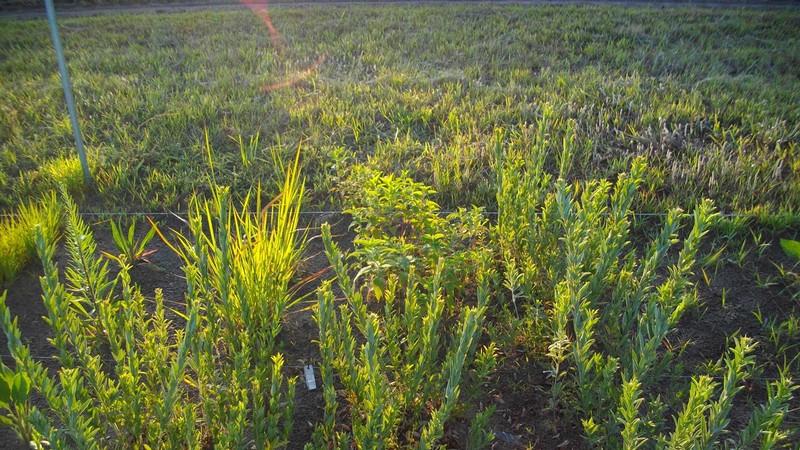 Leslie Forero's overall outside experiment, as her research shows that the way plants and soils behave inside may be markedly different from what goes on in the great outdoors. 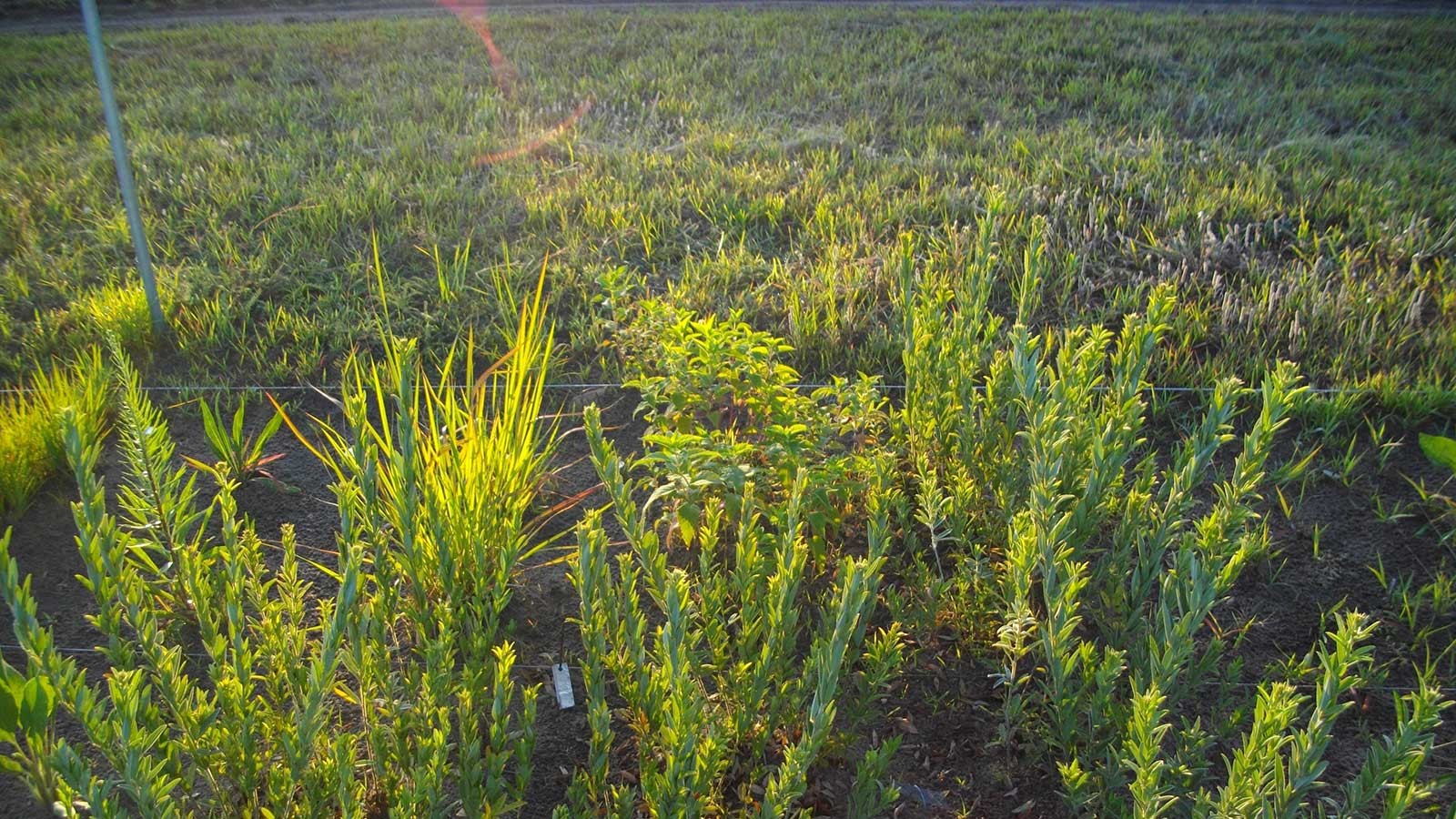 First-graders know that seedlings need three things to grow – sunlight, water and soil. They are right – plants do need soil – but soils also react to plant growth. As plants develop, they alter the chemistry, bacteria and microscopic flora that make up a soil’s ecology. These changes, in turn, affect the plant’s health and the way neighboring plants establish and grow.

These interactions are called plant-soil feedbacks (PSFs). Researchers, unlike first-graders, have known about this interaction for a long time. PSFs are increasingly used to explain plant community dynamics like succession, non-native invasion, coexistence and biodiversity.

As scientists have worked to better understand PSFs, they’ve often relied on experiments grown indoors – in greenhouses – to tease out the nuances of complex plant-soil interactions. But new research published in Frontiers in Environmental Science by Leslie Forero, a doctoral candidate in ecology from Utah State University’s Department of Wildland Resources shows that the way plants and soils behave inside may be markedly different from what goes on in the great outdoors.

In a typical PSF experiment, a researcher inoculates sterilized soil with “field” soil containing a mix of microbes and flora to mimic outdoor conditions. They grow a batch of plants on that soil to create specific feedback characteristics, and then a second wave of plants to test the response of the altered soil. This process is easier to do in a greenhouse – indoor studies allow for isolation from weather, fluctuations in temperature, interfering microbes and pollution. Greenhouses allow for rapid growth conditions throughout the year. Plus, indoor studies can more easily distinguish microbial and nutrient effects, compared to field studies.

But the outdoor world can be intensely complex, said Forero. Everything from weather to worms can change how a plant grows … and therefore the soil it grows in. To test whether indoor experiments accurately replicate field experiments, Forero compared studies of both types. She found that not only did indoor experiments not match outdoor PSFs, but that indoor experiments seemed to show an exaggerated response.

Forero and her colleagues noted PSF effects in both greenhouse and field conditions. But there was no support at either soil, site or species levels for a match between greenhouse- and field-measured PSFs. There might be several potential reasons for the discrepancy, said Forero. More stressful growing conditions (competition, drought, herbivory) may reduce the PSF effects outside. And even with conscientious hand-weeding, it is likely that competitive pressures were still greater in the field than in greenhouse experiments. Drought in the field may also have decreased PSF changes by decreasing plant growth, microbial growth and nutrient cycling rates.

That isn’t to say we should discard results from greenhouse experiments, said Forero. Greenhouse-measured PSFs improve predictions of plant growth in the greenhouse, and field-measured PSFs improve predictions of plant growth in communities in the field. These results also suggest that greenhouse studies are useful for conceptual models, but ecologists who want to understand the role of PSFs in the great outdoors – should head outside. 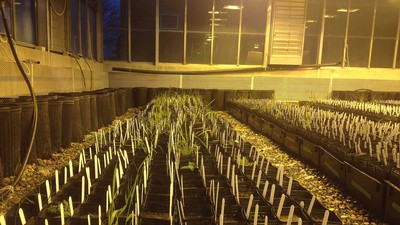 Plants in greenhouse environment with controlled water every three days. 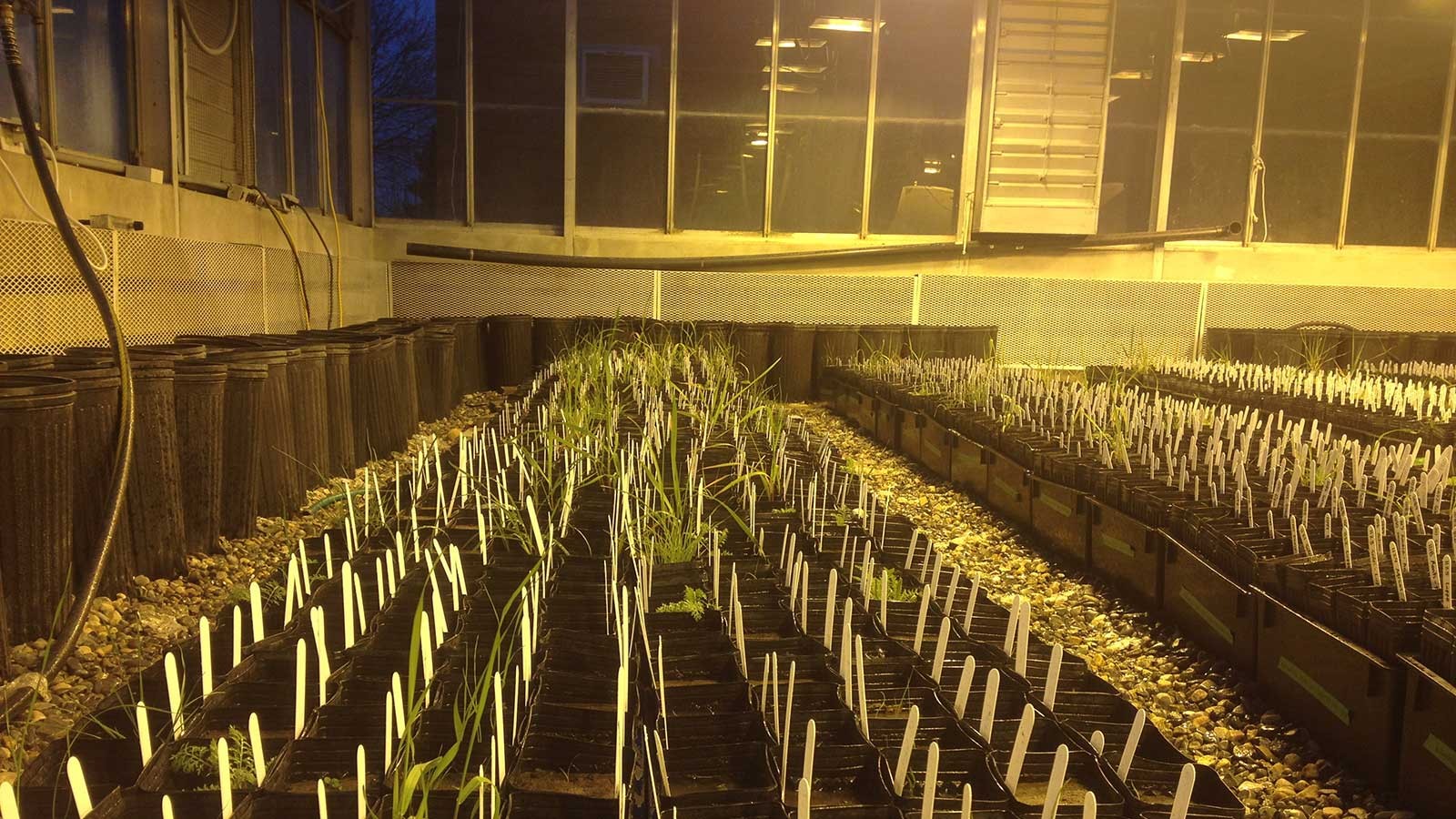 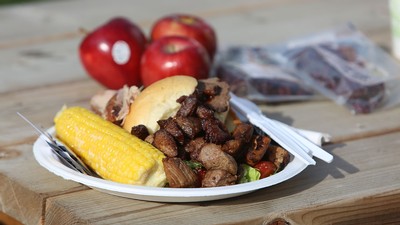