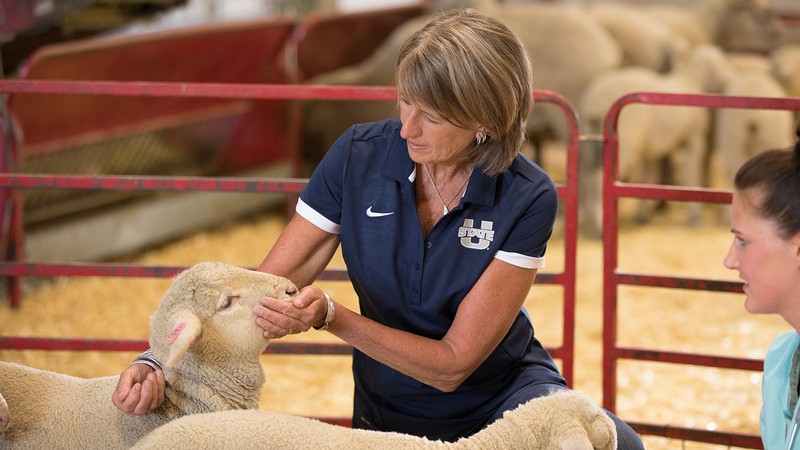 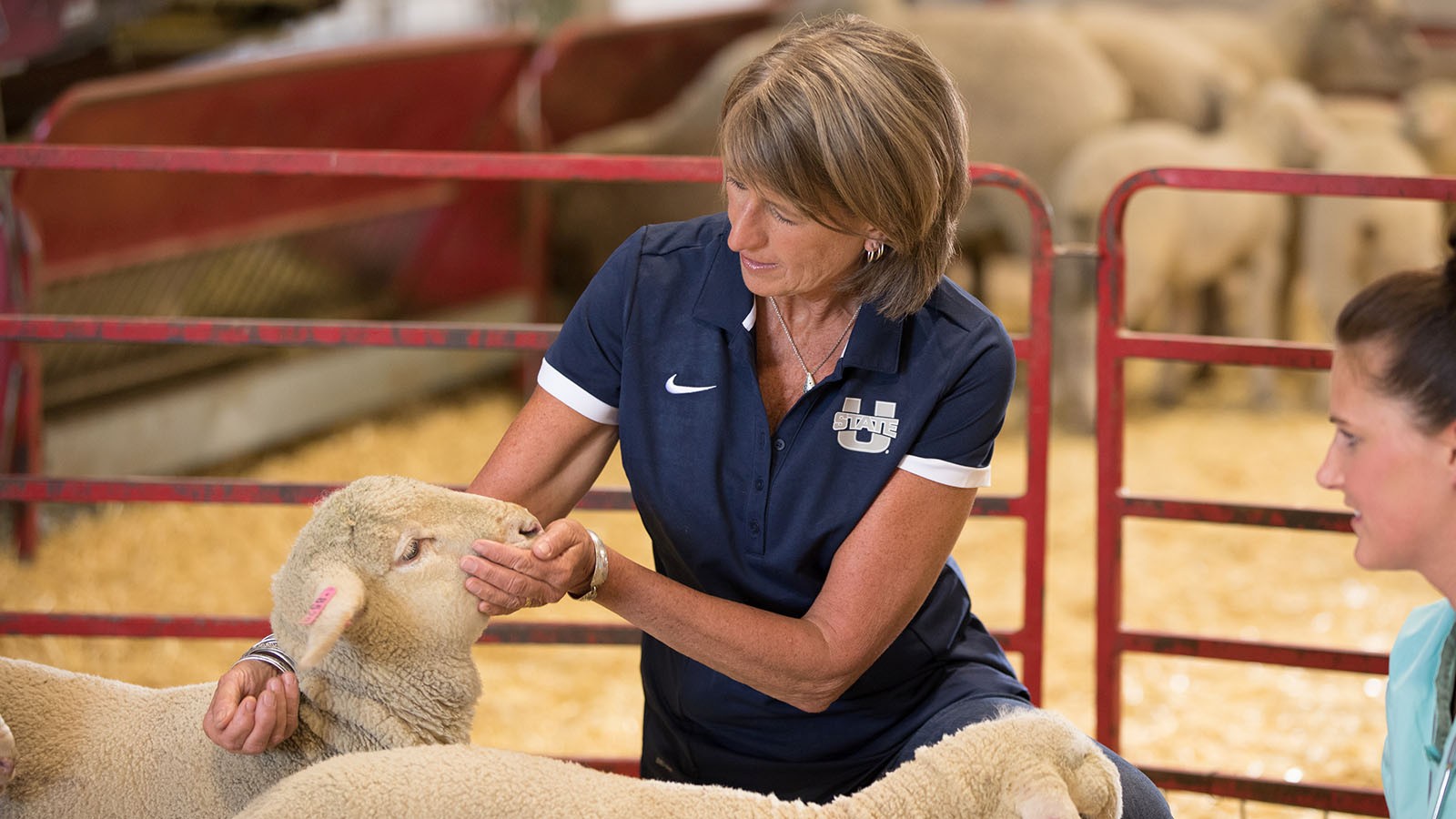 Since June 2020, President Cockett has chaired the Gene Editing in Agriculture task force, which was convened by the Association of Public and Land-grant Universities (APLU) and the American Association of Veterinary Medical Colleges (AAVMC). The task force was charged with evaluating the framework that the Food and Drug Administration (FDA) uses for approving and monitoring gene-edited farm animals and aquatic species.

In a joint report released by the APLU and the AAVMC, the 11-person task force comprised of scientists and industry experts concludes: “a remodeling of the federal regulatory landscape is needed for the U.S. to sustain its place as a global leader and innovator in the animal agriculture sector and keep pace with the exponentially expanding global human population.”

“Gene editing has the capacity to create transformational change in our food production systems in the areas of nutritional quality, product safety and production efficiency,” said President Cockett, a renowned geneticist. “But in order to realize those benefits in production and safety, we need a regulatory structure that has kept pace with advancing biotechnology. Our task force has thoughtfully and carefully considered many different aspects of this issue, including perspectives from the scientific and agricultural communities, and we have made our recommendations. We hope this work will meaningfully inform government officials as they develop the best public policy in this area.”

In their report, the task force offers four recommendations for regulatory officials and lawmakers to consider:

According to the report, humans have been using selective breeding techniques in domesticated animals for more than 10,000 years in order to achieve desired characteristics such as improved growth and resiliency. While this practice has been useful, it is also time consuming and requires multiple generations of animals before it takes full effect. Genetic editing technology, developed within the last decade, can precisely alter the DNA of the animal in a matter of months rather than years or even decades.

Incorporating gene-edited animals into the food system would help meet the increasing food demands of a global population projected to reach 10 billion by 2050. Numerous genetically edited plants are now available for human consumption, as plant gene modification is under the purview of the USDA rather than the FDA.

Cockett is confident that genetically edited farm animals will deliver products that are safe for human consumption under the proposed streamlined approval process.

“The possibilities involving gene editing in agriculture are exciting,” Cockett said. “We are optimistic that this report will generate much-needed policy change and help existing laws catch up to science. Our recommendations for changes in federal approval and monitoring will allow the U.S. to continue its role as an innovative global leader in animal agriculture.”

The “Gene Editing in Livestock: Looking to the Future” symposium, held in September 2019, led to the formation of the task force. During that event, 23 of the nation’s leading experts from academia, government, industry and professional groups gathered to examine a series of questions including the nature and safety of this promising technology, ethical implications and acceptance by consumers.

Cockett has decades of experience working with animal genes, earning her M.S. and Ph.D. in animal breeding and genetics from Oregon State University. In graduate school, Cockett researched beef cattle genetics. She went on to spend five years as a research geneticist at the USDA’s Agricultural Research Service, and U.S. Meat Animal Research Center in Clay Center, Nebraska.

After being hired as an animal geneticist at USU in the College of Agriculture and Applied Sciences in 1990, Cockett has focused on sheep genetics, achieving multiple breakthroughs in the science of sheep genomics and gene editing. Her research program centers on the identification of genetic markers associated with economically important traits in sheep, as well as the development of resources that advance research on the sheep genome. 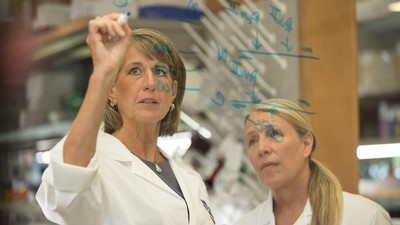 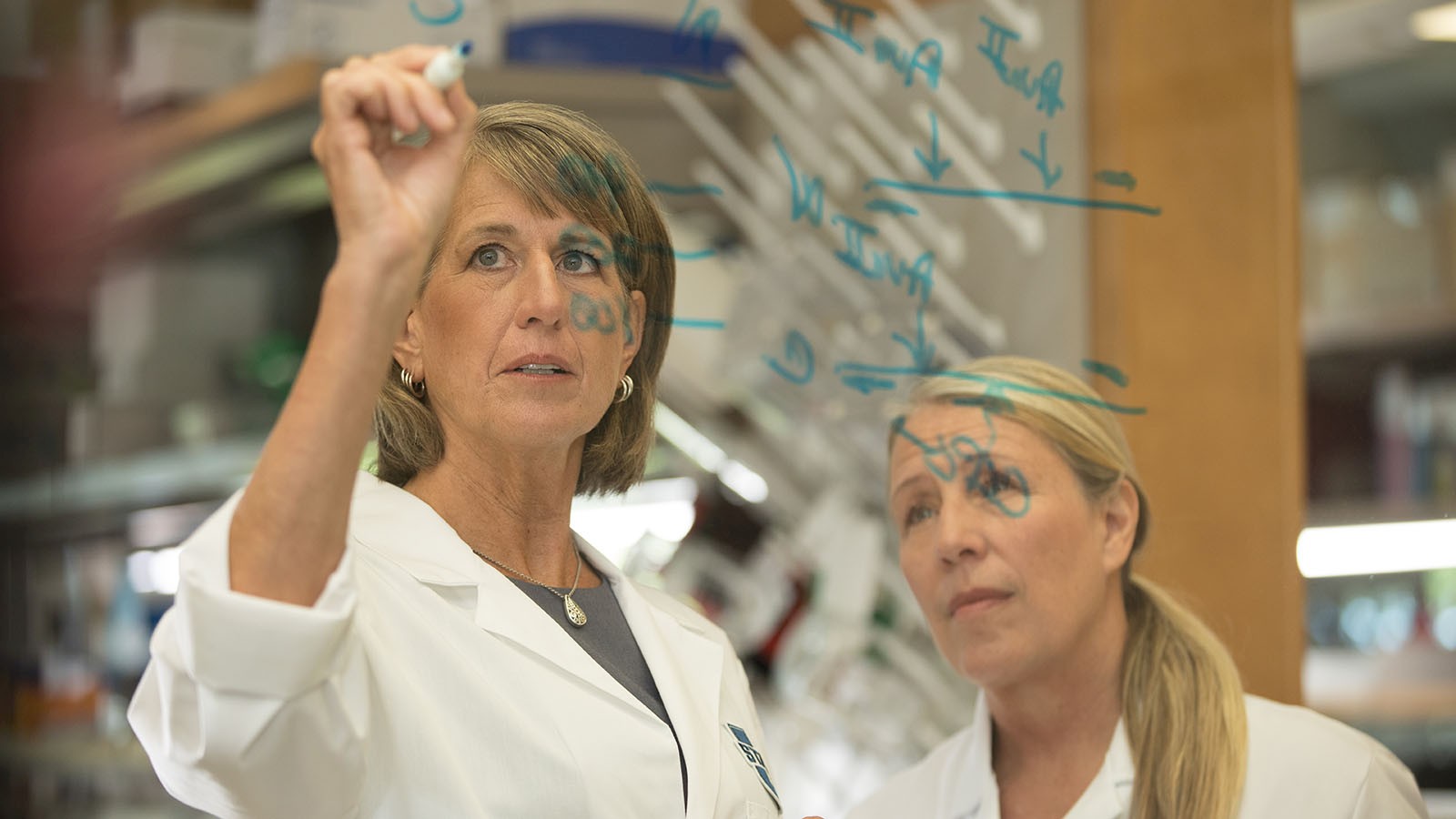