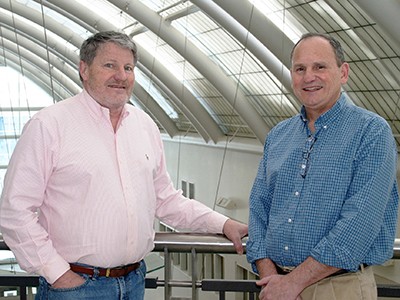 Can earthlings live on Mars? They can if they develop self-sufficiency. NASA is betting on a multi-institution team of the best and brightest, including Utah State University scientists, to create the necessary technology and put it in the hands of future Mars pioneers.

Biochemist Lance Seefeldt and botanist Bruce Bugbee are front and center in the $15 million, five-year project announced Feb. 16, 2017, by NASA to initiate the new Space Technology Research Institute, “Center for the Utilization of Biological Engineering in Space” or CUBES.

“It takes at least two years to get supplies from Earth to Mars,” Seefeldt says. “That supply line is too slow and costly, so newly arrived Mars explorers are going to have to generate their own food, pharmaceuticals and infrastructure.”

Bugbee says every ounce of a rocket’s payload drives up the cost of getting it launched into space.

“The common adage everything is worth its weight in gold rings especially true in space,” he says.

A professor in USU’s Department of Plants, Soils and Climate, Bugbee has collaborated with NASA for more than 30 years to study regenerative systems and the effects of microgravity on plants.

Growing food and producing other necessities even on oxygen and nitrogen-rich Earth is no small challenge. It was scarcely a century ago German chemists Haber and Bosch came up with a way to capture nitrogen, on which all living things depend but can’t access from the air, and produce commercial-scale quantities of life-sustaining fertilizer. How will Mars farmers accomplish a more complicated task?

“For Mars, we have only carbon dioxide, a little nitrogen and scant surface water to work with,” Seefeldt says.

Fortunately, the USU chemist is already reaching beyond Haber-Bosch because, as revolutionary as it was, the 20th century technology relies on fossil fuels and carries a heavy carbon footprint.

“We know we can initiate nitrogen fixation – the process by which nitrogen is converted to ammonia – using bacteria and this is the direction we’ll follow to determine how to accomplish this task on Mars,” Seefeldt says. “To do this, we need light and though it’s more dispersed on Mars than Earth, it’s available.”

Once that hurdle is cleared, it’s on to food production and who better to tackle this challenge than Bugbee, whose work on all aspects of growing plants in closed systems has helped astronauts and cosmonauts grow plants aboard the shuttle and International Space Station (ISS).

But that work hasn’t been with one small and carefully managed crop after another because, nearly 12 years ago, funding for NASA was cut and the agency halted nearly all biological research. Bugbee and USU colleagues Scott Jones, soil scientist and Gail Bingham, emeritus professor of plant science, continued, with Russian collaborators, to gather data and send plants and growth chambers to the ISS on Russian rockets.

He adds life on Mars will be sustained by a strictly vegan diet, because animal products are too expensive to produce. Some suggest long-term space explorers should just live on vitamin pills, dried food and water, but Bugbee cautions there’s plenty we don’t know about the importance of dietary diversity.

“Every day, we eat products from hundreds of plants,” he says. “Most dieticians recommend a diet based on at least a hundred diverse plants; NASA engineers would like to grow only about five plants. The answer is somewhere in between.”

Seefeldt says putting food on the table, whether on Earth or Mars, shouldn’t be taken for granted.

“Here on Earth, in areas such as drought-stricken Africa, where the infrastructure is not yet in place to take advantage of century-old technology, we still face the challenge of producing enough protein to feed hungry people,” he says. “What we learn from feeding people on Mars will advance our efforts on this planet.”

“We especially applaud principal investigator Adam Arkin of UC Berkeley, who took this diverse collection of scientists and expertise and gave it one, strong voice,” he says. “This is an exceptional team and its efforts will create amazing opportunities for students at each of these universities.”

“This is an all-star team and the synergistic opportunities are astounding,” Bugbee says. “If I made a list of the top ten USU scientists I would like to collaborate with, Lance would be one of them.”

Both Seefeldt and Bugbee are previous recipients of the D. Wynne Thorne Career Research Award, USU’s highest research honor. They previously collaborated on a U.S. Department of Energy-funded project to produce biofuels from algae. USU’s portion of the NASA grant is about $3.17 million over five years. 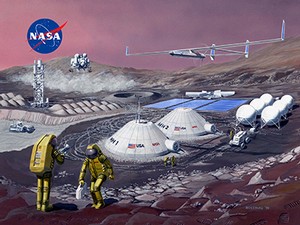 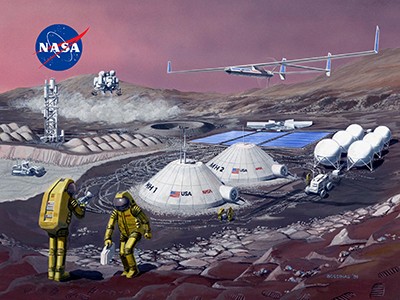 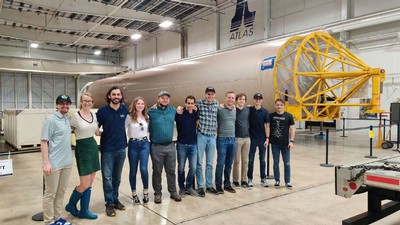