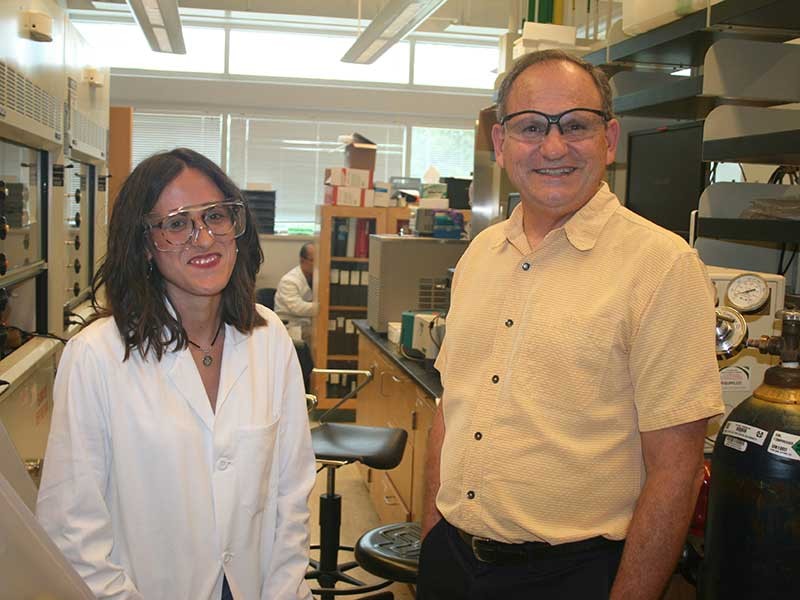 From fridge to microwave to table, preparing a daily meal may not seem like much of a challenge. But back up and dissect that process – molecule by molecule – from air to soil to table, and you’ll uncover one of the most vexing puzzles known to humankind. How do you capture nitrogen from the air (which – newsflash – you can’t survive without, yet can’t take in through your skin or by breathing) and get it into a form you can eat? Hint: It’s complicated.

Utah State University biochemist Lance Seefeldt has pursued this scientific mystery for most of his three decades-long career. He’s made significant strides in understanding nitrogen fixation, the process by which dinitrogen in the air is converted to ammonia, an essential compound for delivering life-sustaining nitrogen in the form of food protein. His work has caught the attention of the Bill & Melinda Gates Foundation.

The Seattle-based foundation, which lists tackling world hunger among its key goals, is keenly interested in Seefeldt’s area of research and tapped the USU biochemistry professor to serve, along with a select, international team of scientists and other professionals, on the foundation’s scientific advisory board.

Heading the board is Spanish scientist Luis Rubio, associate professor and leader of the Center for Plant Biotechnology and Genomics at the Polytechnic University of Madrid (UPM), a Gates Foundation-funded research partner. This summer, Seefeldt welcomed visiting scholar Lucía Payá Tormo, a doctoral student from Rubio’s group, to collaborate on nitrogen fixation research in his lab.

“Currently, there are two known ways to achieve nitrogen fixation for production of food crops,” says Seefeldt, professor and head of USU’s Department of Chemistry and Biochemistry.

One is a natural, bacterial process that defined small-scale, close-to-home agriculture for centuries. The other is the Haber-Bosch process, developed in the early 20th century, which enabled commercial-scale production of fertilizer and revolutionized global food production.

“But not all of the world’s citizens, including people living in sub-Saharan Africa and southern Asia, have access to Haber-Bosch plants nor do they have the infrastructure to obtain sufficient commercial fertilizer for successful cultivation,” Seefeldt says. “A solution could be development of nitrogen-fixing cereal crops.”

Some plants, he says, including legumes like Utah’s alfalfa, have the root structure to achieve symbiotic biological nitrogen fixation, which acts as a natural fertilizer. But most food crops don’t.

“The goal of the Madrid-based team is to re-engineer the biology of cereal plants, like corn, to mimic the nitrogen-fixing ability of legumes,” Seefeldt says. “But it won’t be easy.”

Payá Tormo and Rubio sought assistance from Seefeldt, who is an expert in nitrogenase, the enzyme that can break dinitrogen’s ultra-strong bonds and allow its conversion to ammonia. Payá Tormo will be working in Seefeldt’s lab until October 2019.

“We’re currently studying yeast at the mitochondrial level, which will help us better understand how to re-engineer cereal crops, such as corn, rice and wheat, to be grown without commercial fertilizer,” Payá Tormo says. “Oxygen produced in the plants inhibits nitrogenase activity, preventing nitrogen fixation. We have to determine how to prevent this.”

Developing nitrogen-fixing cereal crops could also reduce the negative effects of routine use of commercial fertilizers.

Knowledge gained from nitrogen fixation research could also advance food production beyond Earth. Seefeldt, with USU colleague Bruce Bugbee, is part of the NASA-funded, multi-institution Center for the Utilization of Biological Engineering in Space, known as CUBES, which is investigating ways to sustain human life on long-duration space missions, including trips to Mars.

“It’s really an exciting venture,” says Seefeldt, who will present with Bugbee at Science Unwrapped, the USU College of Science’s public outreach program, on Friday, Sept. 20, at 7 p.m. in the Eccles Science Learning Center on the USU campus. “What we learn about how to feed people on Mars, will help us feed people on Earth.” 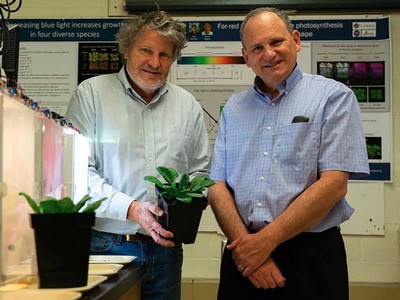 Seefeldt, right, and USU colleague Bruce Bugbee, left, are investigators on the NASA-funded Center for the Utilization of Biological Engineering in Space or 'CUBES' project. The pair speaks Sept. 20 at USU’s Science Unwrapped at 7 p.m. in ESLC 130. 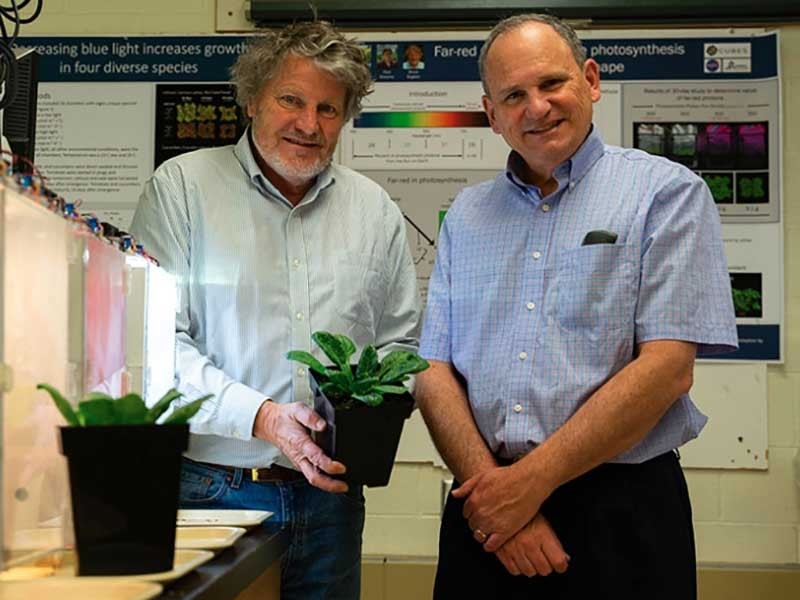